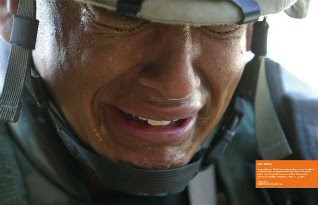 As noted here, Patrick Murphy authored two measures for inclusion into the Veterans Health Care Improvement Act of 2007 recently: a permanent program that would identify active duty military members at risk of homelessness, and a proposal for the Veterans Administration to make its homeless veterans programs more accommodating for female veterans (which this story describes as growing in population as well as men).

As also noted in the story…

Young, alienated and often living on their own for the first time, Iraq and Afghanistan veterans increasingly are coming home to find that they don't have one. Already, nearly 200,000 veterans—many from the Vietnam War—sleep on the streets every night, according to the Department of Veterans Affairs. But young warriors just back from the Mideast—estimated around 500 to 1,000—are beginning to struggle with homelessness too. Drinking or using drugs to cope with PTSD, they can lose their job and the support of family and friends, and start a downward spiral to the streets. Their tough military mentality can make them less likely to seek help. Advocates say it can take five to eight years for a veteran to exhaust their financial resources and housing options, so they expect the number to rise exponentially in a few years. "Rather than wait for the tsunami, we should be doing something now," says Cheryl Beversdorf, president of the National Coalition for Homeless Veterans.

Here is a link to the National Coalition for Homeless Veterans web site (I just added it to the home page also).

I don’t want to think about Dubya vetoing the Veterans Act, by the way; I find any more that I have to conserve my outrage as effectively as I can.
Posted by doomsy at 12:27 PM