Good for Jon Stewart to lay it on Fix Noise nematode Stuart Varney, among others (here)…

…and I realize this ostensibly is comedy also, but rest assured that I’m not laughing (here)…

…and now, time for more seasonal stuff – I guess this is appropriate for tonight (just leave the keys with a friend, people)…

…and I guess this is appropriate for tomorrow.

Posted by doomsy at 9:14 PM No comments:

This is the Rachel Maddow report on Nelson Mandela that I mentioned last night, with Congressman John Lewis…

…turning to seasonal stuff, it’s time to get down…

…and this is kind of country-ish, but it works for me. 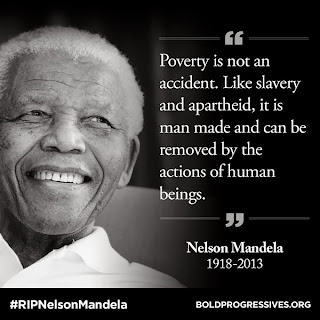 RIP Nelson Mandela, a titan of this century and the last – Rachel Maddow had a great report tonight that I hope to put here tomorrow…

…and as long as we’re meditating on the passing of a man who saw the future from inside his tiny jail cell all those years, I think this is an appropriate selection (about a better future for us all).

My Response To Sarah Palin 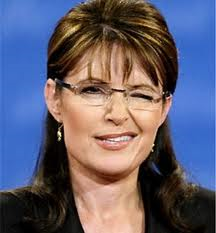 I have to say something in response to this.

The Crooks and Liars post tells us that a certain former half-term governor of Alaska recently opined that, because of the episode where Martin Bashir of MSNBC told Sarah Palin to eat shit (in so many words) for which Bashir resigned, that individuals could “(be) hesitant to jump in the arena anyway, to get out there and serve the public or start a business.”

Please excuse me for a minute or two while I try to unpackage all of this idiocy.

All of this started with an interview Palin gave to Jake Tapper, including the following (from here)…

TAPPER: So, you obviously feel very passionate about the national debt. The other day, you gave a speech in which you compared it to slavery.

PALIN: To slavery. Yes. And that’s not a racist thing to do, by the way, which I know somebody is going to claim it is.

TAPPER: Don’t you ever fear that by using hyperbole like that — obviously, you don’t literally mean it’s like slavery, which cost millions of people their lives and there was rape and torture. You’re using it as a metaphor.

But don’t you ever worry that by using that kind of language, you — you risk obscuring the point you’re trying to make?

PALIN: There is another definition of slavery and that is being beholden to some kind of master that is not of your choosing. And, yes, the national debt will be like slavery when the note comes due.

PALIN: I’m not one to be politically correct, evidently.

So in response, Martin Bashir said the following (from here, and no, he didn’t actually say “defecate in Palin’s mouth,” though he clearly implied it)…

BASHIR: It’ll be like slavery. Given her well-established reputation as a world class idiot, it’s hardly surprising that she should choose to mention slavery in a way that is abominable to anyone who knows anything about its barbaric history. So here’s an example.

One of the most comprehensive first-person accounts of slavery comes from the personal diary of a man called Thomas Thistlewood, who kept copious notes for 39 years. Thistlewood was the son of a tenant farmer who arrived on the island of Jamaica in April 1750, and assumed the position of overseer at a major plantation. What is most shocking about Thistlewood’s diary is not simply the fact that he assumes the right to own and possess other human beings, but is the sheer cruelty and brutality of his regime.

In 1756, he records that “A slave named Darby catched eating canes; had him well flogged and pickled, then made Hector, another slave, s-h-i-t in his mouth.” This became known as Darby’s dose, a punishment invented by Thistlewood that spoke only of the slave owners savagery and inhumanity.

And he mentions a similar incident again in 1756, this time in relation to a man he refers to as Punch. “Flogged Punch well, and then washed and rubbed salt pickle, lime juice and bird pepper; made Negro Joe piss in his eyes and mouth.” I could go on, but you get the point.

When Mrs. Palin invoked slavery, she doesn’t just prove her rank ignorance. She confirms that if anyone truly qualified for a dose of discipline from Thomas Thistlewood, then she would be the outstanding candidate.

And as the post tells us, Martin Bashir apologized. But of course that wasn’t good enough for the faux outrage machine, so now Bashir has resigned.

When it comes to stuff like this, I generally apply what I call the “Bill Orally Test,” named after a certain Fix Noise pundit, of course. And in a matter of words, here it is – no matter how outrageous a remark a media personality has made (as opposed to a politician, someone able to write or vote on actual legislation), as long as no one is physically injured or killed over it, if this person apologizes for it (even a half-assed one like Billo gave us here), then I will relent on that person.

And I’ve stuck to that, by the way, even while O’Reilly made those disgusting, inflammatory remarks about George Tiller, the family planning doctor and abortionist in Kansas who was ultimately murdered. Did O’Reilly pull the trigger? No. Does he share some measure of responsibility for his incessant “George Tiller, Baby Killer” rhetoric? Along with Glenn Beck, he sure does. Have I ever called for O’Reilly’s resignation? No. What he says is thoroughly idiotic at best, but it’s still free speech.

Do I defend Martin Bashir’s highly offensive (and thoroughly atypical for him) imagery? Of course not. Did he encourage anyone to do physical violence to Sarah Palin? No. Did he genuinely apologize for what he said? Yes. However, as noted earlier, that will never be good enough for the wingnuts looking to shout us down every chance they get (I maintain that the worst thing Bashir did was to not just ignore Palin altogether, which is the treatment she deserves – I would still be doing that if it weren’t for her disgusting display of self-pity).

Also, here’s something else to consider. Though Palin was of course engaging in hyperbole with just about no relationship to the world of facts and evidence (as usual), she is typically WRONG to not point out that THE DEBT IS SHRINKING!!!, as noted here.

Finally, to emphasize Palin’s air-headedness (which should be plainly obvious), I give you the following from here):

Sarah Palin is probably the last person on earth who has a right to feel victimized by a TV commentator for inappropriate language. The fact that she always has a ready forum for her utterly brainless spasms of vocal ineptitude is a hallmark of our thoroughly compromised corporate media, which would be better served if it were to pass her by and stick a microphone in front of a flatulent animal instead.

Update 12/20/13: And in a related story, as they say, John Amato asks a great question here concerning that "Duck Dynasty" idiot.
Posted by doomsy at 3:20 PM No comments:

Good luck to the courageous fast-food workers striking for a livable wage, as noted in this report (and while it would be nice for “B. Barry Bamz” to follow this up with actual progressive legislation, perish the thought, the remarks about income inequality speak volumes in their own right)…

…and uh oh, It looks like that big gumint of Number 44 is at it again here (yeah, well, you can leave a wakeup call for me when 3,000 people die from a terrorist attack in our soil or Obama declares an illegal war, OK? And “Judeo-Crisco values” – hilarious)…

…next, time for more seasonal stuff…

…and I guess this is more appropriate for Friday night, or later in the season, but I think it works well now also.

Posted by doomsy at 8:55 PM No comments:

I thought this was an interesting report from Chris Hayes about buying stuff, in time for the holiday shopping season (and former Clinton Labor Secretary Robert Reich is on hand for a reality check, of course – I generally think Josh Barro is a bright guy, but I don’t totally agree with his “glass half full” assessment on the economy)…

…and I think, among other things, that this report from Rachel Maddow tells us just how big a tool Mississippi Repug (of course) Governor Phil Bryant really is on health care in particular (like to see a fraction of our corporate media coverage devoted to stories like this as opposed to that freaking web site!), to say nothing of “Man Tan” Boehner and his pals in the U.S. House, including Mikey the Beloved of course…

..and this is a fairly newer holiday tune; good stuff by John Legend.

Oh yes, here comes another “Whatever shall the Republican Party do?” discussion – spare me (though the takeaway for me is more along the lines of “the more things change, the more things stay the same,” and to watch the slo-mo extinction of what was once the party of Abraham Lincoln)…

…and from trying to save the planet, let’s now turn to economic inequality (here – more here; somehow I think that, if Bob Edgar were still with us, he would be right in the middle of this whole thing)…

…and I noted a few anniversaries this year, but one I utterly forgot (sorry about that) was the 40th of the death of Jim Croce and collaborator Maury Muehleisen in a plane crash on September 20th – I guess this would be a seasonal tribute.

Is our politicians learning – this is aimed at NYC and Mayor-Elect Bill de Blasio, but as the Daily Kos poster noted, it could be aimed everywhere else in this country too, including our beloved commonwealth of PA…

…and to commemorate the 25th World AIDS Day (since I haven’t been able to find any video from our news organizations with initials for names yet), I give you this scene from “And The Band Played On,” starring Matthew Modine, a 1993 production based on the book by Randy Shilts, showing some thoroughly appropriate outrage before the disease became basically a pandemic…

…and I thought this was a nice meditation on writer C.S. Lewis by Martin Bashir, who we also lost on 11/22/63…

Posted by doomsy at 8:56 PM No comments: