...and I also think it’s appropriate to let Sen. Elizabeth Warren have the last word this week on the Syrian refugee crisis (here)…

...and with the terror stuff going on, I admit that I haven't paid a lot of attention to the budget funding crisis (and I think that's the correct word) in our beloved commonwealth - I think this video provides something important to keep in mind (more here, and an update is here)...

Update: Gee, instead of having the school kids write to Gov. Wolf here, maybe Mikey the Beloved and Archbishop Chucky could tell the kids to write to Tea Head state Sen. Scott Wagner, quoted in this story as saying that he won’t vote for a single tax increase, expecting all of the supposed budget savings to be realized by slashing services (appropriate for Wagner that he formerly made a living in waste disposal – fits the profile for this prick).

(..oops, the story went behind the still-utterly-ridiculous pay wall for the Courier Times and Intelligencer - wonder how many subscribers they lost this week?)

…and I wish this were just another fish story, but I’m afraid it’s for real…

…and I know I need to pay attention to myself first and foremost on spiritual matters, but if I were this guy, I’d be doing a hell of a lot of tithing ("elevate" this - NSFW)…

…and what the hell – it’s Friday night; time to rock.

Posted by doomsy at 2:43 PM No comments:

While Dems quibble about HRC vs. Bernie Sanders (and yes, that’s part of the process I know), let’s not lose sight of who our REAL adversaries are (here, particularly in light of this too, and a pox on the “Democrats” who caved on today’s sorry vote)…

…and sticking with that, I apologize for inflicting the idiots Ted Cruz and Rand Paul on you here, but it’s almost worth it to hear the voices of sanity from Independent Sen. Angus King and Dem U.S. House Rep. Ted Lieu in response (great point by King about the visa waiver program)…

...and speaking of hysteria, why am I not surprised by this from the guy starring in this video... 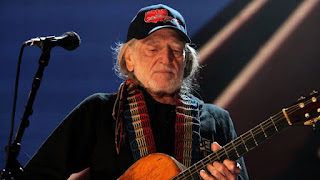 ...and congratulations to a true American icon, Willie Nelson, for this.

I continue to be impressed by Obama’s EPA head Gina McCarthy as noted here (never forget that it’s a testimonial to the type of leader we have that they appoint skilled people in their jobs – something which drove me absolutely nuts about Number 43 – and McCarthy is a pro as far as I’m concerned)...

…and I would say that Col. Jack Jacobs does a pretty darn good job here of spelling out exactly what we’re up against in trying to defeat ISIS…

…and I present this video to show that it wasn’t that long ago when we were pulling this “freedom fries” and “freedom toast” nonsense to protest the fact that French President Jacques Chirac told a certain Former President Highest Disapproval Rating In Gallup Poll History that he was full of crap over his Not So Excellent Adventure in Mesopotamia (a stand that looks pretty prescient now of course).

Well, despite the horrific violence suffered by that country this year, President Francois Hollande has promised to take in 30,000 Syrian refugees over the next two years (here). Meanwhile, in this country, 31 Republican governors have proven themselves to be utter cowards on this issue (here), along with some Democratic politicians also (here and here).

I don’t know if there are any restaurants featuring what you might call American cuisine in the “city of light,” but if there are, they should feature a cut of beef on their menu called “run-and-hide rump roast” – just a thought…

…and really, were you surprised by this?

Posted by doomsy at 8:10 PM No comments: 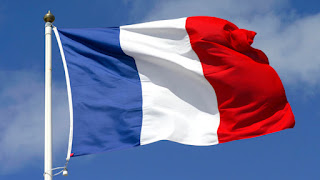 With all of the political posing going on, to say nothing of what appears to be a quite-justifiable military response, I thinks it’s important to note the totally obvious fact that what recently happened in Paris was, first and foremost, a human tragedy (with a video brought to us by that supposedly "terrist"-loving network)…

…with people such as Linda Sarsour caught up in the bigotry, as she explains here to Chris Hayes (the last 30 seconds of this overall fine interview are incredibly important to remember IMHO)…

..and "an interview with "ISIS Magazine"? There's something utterly surreal about that and the video - a whole new brand of crazy, as if the old brand wasn't bad enough...

…and this video doesn’t have anything to do with any of this – maybe think of it as a palate-cleanser of sorts.

Posted by doomsy at 3:37 PM No comments:

In the matter of the Paris attacks, I took this as a plea for caution and restraint from Fareed Zakaria, which I think is exactly the right message (here)…

…and I wouldn’t exactly call these great words by Shep Smith (going off-script once more) a ringing endorsement of accepting Syrian refugees, though I think that is exactly what we should do – typically ridiculous for Republican politicians to claim that we should only accept Christians, as if that can be proved or couldn’t be faked in order to get in (this tells us which states will grant and which will deny admittance, and kudos to Gov. Wolf for doing the right thing in PA)…

…oh, and if massive amounts of blood have been spilled somewhere and carnage has visited its ugly head, then you can count on Bill Kristol to call for more of our sons and daughters to be killed, maimed or wounded to satisfy his sick desire for more war (here...if Kristol ever saw violence for real, he's wet his pants)…

…and every once in a while at times like these, I feel like I have to hear this song.

Posted by doomsy at 7:32 PM No comments: