(I also posted here - the pic is of this Johnny Carson character.)

Remembering Roger Ebert a bit more, I think it’s safe to say that using pop culture to lampoon someone who was also hugely important to pop culture is the sincerest form of flattery…

…and I meant to get to this from Chris Hayes on Ebert last night, so here it is now…


…I also kind of glossed over the 45th anniversary of the killing of Dr. King yesterday, but fortunately, Martin Bashir didn’t…

…also, Rachel Maddow shows us the sickening practical behavior involved in Repug Party “governance” (don’t get freaked out by the prison thing at end – just a rather clumsy lead-in to the MSNBC program “Lockup”)…


…and here’s a whompin’ new tune from the guy they call “slow hand.”

Posted by doomsy at 9:07 PM No comments: 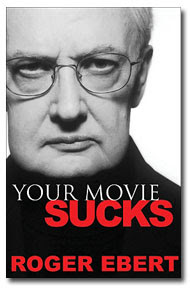 RIP Roger Ebert – I may have mentioned at some point earlier that I read “Life Itself” last year, and while the book went on for about 50-75 pages longer than it should have (could probably have done without a couple of his remembrances, though the stuff with Russ Meyer was particularly good), it still was a very interesting look at someone who ended up as a towering media presence over the last 40 years or so (also liked some of the remembrances of Great Britain as well as media colleagues).

I honestly don’t recall anyone doing movie criticism on TV until he and Gene Siskel came along, but now everybody and his or her brother does it on the tube, to say nothing of radio, the Internet including social media, etc. Ebert was also brutally honest in the book about how he tried to use some radiation procedure he read about on the Internet to get rid of his cancer, but it ended up weakening the bone structure in his face so that any surgeries to repair the ravages of the disease were unsuccessful.

Through his work, he ended up enriching countless lives including (I believe) my own. He will definitely be missed, and Think Progress reminds us of his importance here (yes, the timing of what he said about Ryan Dunn was absolutely awful, but his analysis was substantively correct…John Fugelsang had what I thought was a nice remembrance here)…

…and John F. talks to Michael Tomasky here about how common-sense gun legislation is passing in some states, which, while beneficial, is a poor substitute for federal action…

…and here is a clip from “All In” with a bit of "in your face" commentary on Guantanamo (more like this on this subject in particular...the show is definitely interesting – I wish Chris Hayes luck with it)…


…and speaking of guns, here is a video of a song about a notable figure whose life was claimed by gun violence 45 years ago today.

Posted by doomsy at 8:47 PM No comments:

…and Chris Hayes tells us about the real victims of the “sequester” (great – so someone who has already served our country has to return to combat somehow to support himself; what county am I living in again?)…


…and Rachel Maddow tells us how the Repugs’ latest supposed outreach efforts to women voters is progressing, or regressing actually…


…and here’s a tune to get us over “hump day”; a little bit closer to spring for real.


1) Talking about pensioners who will probably “take a haircut” while showing a yacht in the background, making an almost farcical association (assuming the supposedly oh-so-generous benefits of Stockton public employees)

2) Talking about the supposed “moral obligation” of a contract (as if any Fix Noise cretin has even a passing familiarity with anything whatsoever to do with morality) and then, a second later, saying that said contract has to be torn up, or words to that effect

3) Talking about how inequitable it supposedly is for Stockton public employees to receive benefits based on their peak earnings (good luck trying to retire on that, not to mention anything less)

Wonderful job by Varney to shamelessly propagate wingnut talking points – I hope Roger Ailes awarded him with a milk bone (“only so much money to go around” for “the rabble,” as opposed to the “pay no price, bear no burden” bunch, huh?)…

…and isn’t this an interesting curiosity from a leading spokesman of a political party that used to be sane on the national level, and is actually going around the bend more and more on the state and local level; I probably would not have voted for John McCain in 2000, but I would have thought about it for a little while at least (hat tip to TRMS)…

…and they find themselves in that position because they continue to listen to numbskulls like this guy (definitely “low-hanging fruit” here…oh, and here is more on “Dr. Carson”)…

…and in light of the preceding video, this song comes immediately to mind :-).

Posted by doomsy at 7:45 PM No comments: 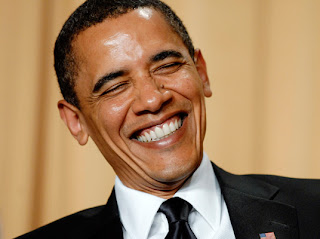 I wish I had a nickel for every time I supported a Democrat, and they end up kicking me in the metaphorical teeth as noted here (still better than the Repugs, but at times like this, that’s like comparing two variations of pond scum - I supported the bailouts way back when because I thought stuff like this would accompany it along with real, honest-to-goodness underwater mortgage restructuring; I will NEVER make that mistake again)…

Update 4/2/13: Oh yeah, and there's this too.
Update 4/5/13: If the Repugs end up taking over all branches of our government again in 2016, it will be because of crap like this (h/t Atrios – if nothing else, it will give Hillary the platform to run as the “anti-Obama” Democrat).

…and I’m not sure if this song is aimed at them or me at this moment – April Fools indeed.

I think it’s important to 1) not let Repug U.S. House Rep Don Young off the hook for his most recent idiocy (part of a sickening pattern as Think Progress tells us here) and 2) point out that, while there may be Republicans out there who actually want to do the right thing by “undocumented” workers, what may prevail is legislation in service of a more corporatist vision sponsored by the U.S. Chamber of Commerce that keeps undocumented workers under foot along with the rest of us (of course, the Teahadists could have another hissy fit and end up scuttling reform altogether in the House)…


…and I know this video is also hawking a web site too, but I still think it’s good, and apropos for today. 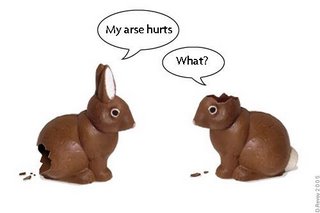