It truly is the civil rights struggle for our times (more here – oh, and I believe the Repug presidential wannabes are having their 1,254th debate tonight; yawn)…

…and speaking of the presumptive nominee Willard Mitt, Lawrence O’Donnell has a particularly good “Rewrite” here…

…”Worst Persons” from last night (Billo and Laura Ingraham – the former with at least half a load on, apparently – are railing against our Kenyan Muslim socialist pre-zee-dint because he’s going to lavish money for abortions, supposedly, which of course is completely illegal and something Obama has no intention of doing, but as we know, silly things like facts have never gotten in the way of Fix Noise before; Repug House Rep. Allen West is the runner up for apparently taking issue with Senate Republicans, which I agree with, actually; but the new president of Penn State, Rodney Erickson, takes the top “honor” for thinking that “taking control of the narrative” was the most important consideration about the Jerry Sandusky scandal – almost too disgusting for words)…

…and today was the annual “prog rock” show on public radio station WXPN in these parts, but I didn’t hear this tune (with a little Prokofiev thrown in, I believe), so here it is (sorry, no video).

Posted by doomsy at 9:01 PM No comments:

The U.S. House Repugs have obviously learned not a thing from the Mikey Fitzpatrick/Steny Hoyer debacle a few weeks ago (here)…

…and once again, when it’s time to take a hard look at the news events affecting our lives (harking back a bit to the item above), that means it’s time for Jon Stewart (here, including more of the video below)…

...and maybe Hulu's videos will cooperate, and maybe they won't - sigh...

…and in case anyone out there is still nostalgic for 2011 somehow (count me out), Mark Fiore is happy to oblige here…

...and I've been trying to get around to this video for a few days - better late than never.

Posted by doomsy at 8:40 PM No comments: 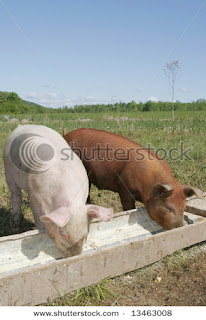 So it looks like we won’t have Moon Unit Bachmann to kick around any more, at least not as a presidential candidate (here…oh, and by the way, as I watched K.O. talk with Matt Taibbi, I just kept thinking “can we finally put to rest the notion that the Teahadists can be ‘king makers’ – or 'queen makers,' I guess – when it comes to anything?”).

The only thing I'll say in fairness to Bachmann was that her campaign was severely hampered by the entrance of "Goodhair" Perry into the fray, since that basically split the "duuuhhh" faction of the GOP, which is probably bigger than anyone wants to admit...

…and while I know this song deals with a different context than a political campaign, I still thought of it anyway on this occasion.

Posted by doomsy at 8:40 PM No comments:

(A bit overdue I know, but posting is going to be highly sporadic for a little while…)

Posted by doomsy at 8:51 AM No comments:

Gee, ya’ think that maybe – just maybe – Mr. and Mrs. America are getting just a wee bit tired of being lied to (here)?...

…and with that, I find myself harking back to this melodic tune from Frank Zappa (in honor of Ailes and company).

Posted by doomsy at 7:00 PM No comments:

Yeah, I would say so too (and again, he's the only one in that entire gaggle of idiots who matters)...

...and yes, I know it's naughty of me to put up a video like this with a bad word in the lyrics and title, but I kind of like the beat, so I'll give it a 7 (and speaking of "Rate a Record" and "American Bandstand," for the love of God, Dick Clark, please retire - you've had a great run, but it's time to step off the stage).

Posted by doomsy at 7:13 PM No comments: