“Yeah, no it isn’t” is damn right – can’t fake the quivering in Jimmy Kimmel’s voice, which is commendable as far as I’m concerned…long past time to do something about guns in this country (here...and I liked this response also)…

...and this gives us an idea of the type of mentality we're up against...

…and I’m sure the people in the prior clip are fed a daily regimen of the type of bile inflicted by Fix Noise on this and many other issues (the very last commenter is right, but of course that nematode Bret Baier shoots her down, so to speak)…

‘This is not a gun debate’ — Fox News will blame anything but guns for gun violence pic.twitter.com/G8Ks26JesW


...though I think the kids coming up are way smarter than too many of the damn adults on this issue (and in a related story...)...

The kids are going to save us all.


…and to say I’m desperately looking for “good” news here is an understatement, and I have it (returning to the Sunshine State), and that would be Dem Margaret Good’s win in Florida's 72nd state district this week (a district the Gropenfuhrer won by 5 points in 2016)…


…and maybe it’s a little trite to keep putting up these gun tunes, but if it helps keep this issue front and center, then so be it.

Posted by doomsy at 8:43 AM No comments:

...and my very deepest possible sympathies go out to the mother of this beautiful young girl senselessly slaughtered, but as Jimmy Kimmel said, this Congress has its balls, if you will, in an NRA money clip - the thing to do is to vote these bastards out once and for all, and if the new bastards end up sucking up to the NRA teat also, then vote those bastards out too (here)...

…and “what about the rights of these students” indeed…


…and no disrespect to Farron Cousins, but to say that “thoughts and prayers” aren’t working is an understatement…

...and Cenk of TYT tells us about the fake news for real, if you will, in response...

…and switching back to other news, which I know we have to do, Kyle K. tells us about Generalissimo Trump’s budget and how horrific it is…increasing the military of course, but a 42.3 percent cut to everything else (NSFW)…

…and I will be truly happy when, one fine day, there will NEVER be a need to include a gun song in one of these posts (even though this is a great tune).

Posted by doomsy at 8:24 AM No comments:

The only thing that the execrable life forms currently taking up space on Capitol Hill will understand on any issue (but the one related to this in particular) is pressure and force. So, to contact your U.S. House Representative, click here. And to contact your U.S. Senator, click here (and I think we need to keep this in mind also).

And as a reminder, here is Jimmy Kimmel on the Las Vegas mass shooting – I may replay this video over and over until these horrible people named Paul Ryan and Mitch McConnell are somehow shamed or disgraced into doing something about our horrific epidemic of gun violence; yeah I know, as someone once sang, you may say I'm a dreamer, but I'm not the only one…

Here's the latest on the school shooting that left 17 people dead in Parkland, Florida pic.twitter.com/ObaXOQHKKi


…and Cenk and John are both spot-on IMHO concerning the words of Dem CT Sen. Chris Murphy in light of our latest carnage…

Update: If the alleged shooter had been Muslim or dark-skinned in any way, our great big orange turd in the White House would have been railing about that. But since he isn’t, I guess 45 thinks it’s easier to blame the victims instead (here); the kids were too busy trying not to get killed to “Make America Great Again” I guess.

...and I think these were appropriate words from former Supreme Court Justice Warren Burger (a Republican, let's not forget)...

The 2nd Amendment "has been the subject of one of the greatest pieces of fraud, I repeat the word fraud, on the American public by special interest groups that I have ever seen in my lifetime" - former conservative Chief Justice of Supreme Court Warren Burger pic.twitter.com/NPH2kM9Eug


...and in a related vein, let's not froget this either from "No Corporate Tax" Pat Toomey...

…and nothing against the “man in black,” but with guns so ubiquitous in our culture, there never seems to be a shortage of songs about them, and here’s another one.

Posted by doomsy at 5:18 AM No comments: 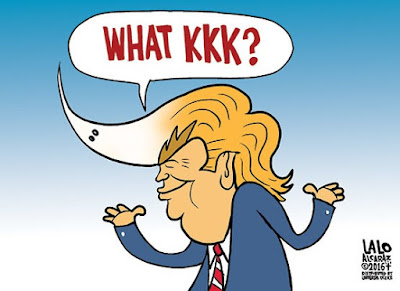 I give you yet another slice of life, if you will, from Donald J. Trump’s America (and yeah, I think the comment about “finally” being able to demonstrate that the “lady” in question is a racist a-hole is telling also)…

…and here’s another fine video from Robert Reich about the latest scam from our ruling cabal of crooks and frauds, this time on infrastructure…

Trump the con-artist is at it again – calling for a $1.5 trillion boost in infrastructure spending, but proposing just $200 billion in federal funding, and not saying where any of the money will come from. pic.twitter.com/7AnfqwW8Dz


…and Chris Hayes talks with Ben Howe and Annie Lowery on Generalissimo Trump’s typically ridiculous food stamp “box lunch” proposal (oh, and please remind me once more how allegedly awful Michelle Obama’s initiative for healthier foods in schools supposedly was – the remark at the end about this just being a way to make it harder to obtain nutrition assistance was spot-on; no constructive policy at all, just typical mean-spirited crap from our Tiny Handed, Treasonous Orange Dictator)…

…and this is about a week old, but David Pakman tells us how Number 45 and his buddies are still doing their best to utterly screw over Puerto Rico (harking back to infrastructure also)...

…and for the opposing point of view, I give you this; may have to crank the volume a bit :-)...and no, I’m not trying to put down the #MeToo movement or anything by including this, which I’ve done for years…if we can’t look inside ourselves and laugh at our imperfections any more, then I really think we’ve gone around the proverbial bend. 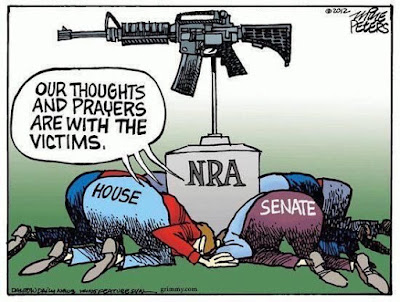 Update: Dear God, not again (more you-know-what are on the way I'm sure).
Posted by doomsy at 2:10 PM No comments: 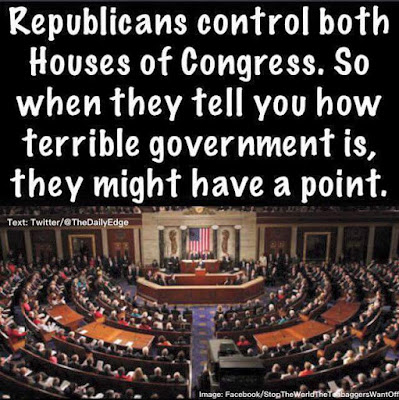 Hey, did you hear the story about Repug U.S. House Rep Devin Nunes, House Intelligence Committee head investigating Russia’s influence in our elections in 2016, and his efforts to build an honest-to-goodness wall between the Repugs and their Dem committee colleagues? Sadly, though, it’s not an intentional joke...

…and this tells us of Lissa Lucas of West Virginia, removed from a hearing for naming campaign donors to the members of the House of Delegates (yeah, we need A LOT more like this, as Farron Cousins sez)…

…and Kyle K. tells us about the Gropenfuhrer’s attack ad on the Dems of course after the SOTU – a little behind on this I know, but it deserves to be pointed out (NSFW)…

…and former Clinton Labor Secretary Robert Reich tells about “rise up” vs. “trickle down” economics – I like the messaging…

The only real way to build the economy is through rise-up economics. Investment in American workers -- in their health care, job training, and education -- is the key to economic growth, not tax cuts for the rich and corporations. pic.twitter.com/xdadTTNEQR


…and I keep hearing about Dem Conor Lamb running for the U.S. House in our beloved commonwealth in an upcoming special election; to help, click here (and I think this ad is a nice companion piece to the Reich video)…

Posted by doomsy at 2:34 PM No comments: 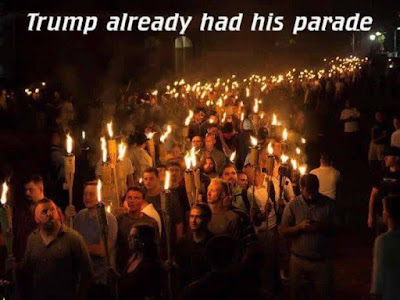 Yeah, clever stuff by Trevor Noah (tied into the pic above somewhat)…

…and Trumpster EPA head Scott Pruitt thinks climate change is good; yeah, try telling that to Capetown, South Africa, which is about to run out of water…


…oh, and Farron Cousins reminds us here that Trump’s tax cuts are tanking the economy…

…and the U.S. is woefully behind other developed countries when it comes to paid parental leave…

The U.S. woefully behind the rest of the world on paid parental leave pic.twitter.com/kfFJ4gpgwV


…and Trevor Noah alluded to Fix and Fiends a bit in the clip above, but Carlos Maza tells us more about how influential they are, unfortunately, when it comes to what passes for Number 45’s decision making…

…and I don’t think I’ve “rocked out” for a little while here, or at least it feels like awhile, so here’s my attempt to fix that.

Posted by doomsy at 1:49 PM No comments: