I thought Rev. Al had some really good words to say here about Eric Holder (he also paid tribute to Holder on "All In" last night; in the interview, Chris Hayes stuck in this comedy bit that, I thought, wasn't particularly appropriate at that moment, and I don't think Sharpton did either - Holder deserves a tribute, but like others in this administration, he didn't go after the "banksters" either)...

...and yeah, this is about what you would expect with the news of Holder's resignation, including commentary from Ana Kasparian and Ben Mankiewicz of "The Young Turks" - NSFW...

...and I can’t think of a single time when I’ve heard sportscaster Bob Costas opine on any subject and haven’t found him to be intelligent, engaging and persuasive; I don’t think I’ve ever found myself disagreeing with him either, but I would still feel the same way even if I didn’t see eye to eye on a particular subject – really intelligent commentary here IMHO… 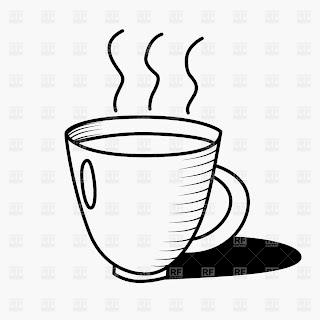 …and for anyone who takes this latest wingnut flap seriously (not talking about Stephen Colbert of course), why dontcha just go grab a great big steaming cup of STFU…


...and yeah, I guess that makes me want to hear this tune.

I can't think of a word that truly communicates my level of disgust with Hamid Karzai, who, as noted here, is stepping down as head (as much as anyone can be in charge of that country) of Afghanistan; for this monstrous ingrate to show no gratitude whatsoever – indeed, to heap ridicule on this country – is thoroughly repellent given the sacrifices of our military, particularly those killed and wounded...except for bin Laden, I've never advocated violence against anyone because it's wrong, but I might make another exception in Karzai's case; let the Taliban capture him and then find out how long it takes for Karzai to grovel to us asking for help – I thought this was a good report on him...

...and yes, it’s obvious, but good that Stephen Colbert pointed this out about “Chuckles” Krauthammer – something to remember while you ponder yet another corporate media absurdity, in that Krauthammer is one of the most widely-published columnists in syndication…


…and as far as I’m concerned, Charles Rangel is a highly imperfect messenger on just about anything, but on this issue, he’s absolutely right (not about the goddamn draft though; I’ll admit that he’s consistent on that, but he’s consistently wrong - nice job on the "Water for the World Act" also)…

…and here’s a bit of a Thursday treat – yum.

"Why not now" indeed - as far as I'm concerned, this issue trumps all others (more here)...

...and yeah, you go Rev. Al - nothing like listening to rich white guys pontificate about the poor in this country, is there?...

..and happy 65th (!) birthday to The Boss – not much of a celebratory song really, even though I'm in the mood for it, particularly since I think it was about The First Mrs. Bruce, with (ironically) The Second Mrs. Bruce singing backup vocal so well on it.

Here's the latest climate news (yes, Alex, we get it that China and India aren't attending the climate summit, to their eternal folly – and in a related story, why am I definitely not surprised by this...more here)…

...and I give you the latest from Not Your Father's Republican Party (NSFW)...

…and 25 years ago today, legendary composer and lyricist Irving Berlin died; yeah, I think we all know about “White Christmas,” but he crafted many other legendary tunes also, including this one sung by that scrawny kid from Hoboken (changing things up again a bit here).