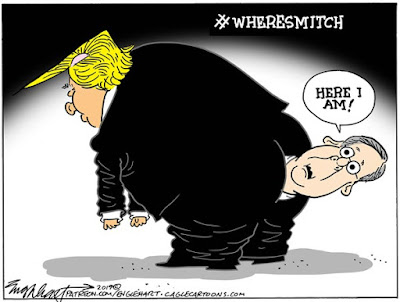 (I've had a little more time than usual to post this week, but I think that will come to an end for a bit after today.)

Of course Sen. Mr. Elaine Chao would block releasing the Mueller Report to the U.S. Senate – why on earth would he do the right and honorable thing, as Farron Cousins explains…

…and I don’t know anything about Brian Tyler Cohen, but boy is he right about what we have to do about climate change (and Mike Lee thinks AOC’s proposal is “unserious”?? – See, that’s Reason Number 4,327 WHY I F*CKING HATE REPUBLICANS!!! Disagreeing on this is dumb enough, but Lee gets BONUS DUUUHHH points for trying to ridicule something THAT HE CLEARLY DIDN’T GO TO THE TROUBLE TO TRY AND ACTUALLY UNDERSTAND!!)…

…and for the common sense opposing point of view, AOC herself brings the proverbial fire here; I think she’s mixing up the issues a bit (the Flint water disaster has to do with criminally failed Repug non-governance and not climate change), but great work on her part to draw attention to these issues…

...…and happy belated birthday to Tony Banks of Genesis, with what I would consider to be a totally apt tune. 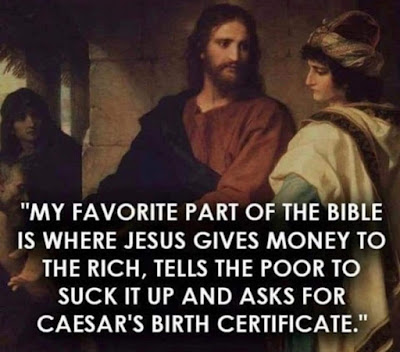 Even though I’m Roman Catholic, there’s a reason why I don’t think it’s appropriate to try and cram my beliefs down anybody’s metaphorical throat; this “prayer” by Repug PA House Rep Stephanie Borowicz would be merely awful if it weren’t for the fact that it came on the day that Movita Johnson-Harrell, PA’s first Muslim-American woman legislator, was sworn into office, which, as far as I’m concerned, make Borowicz’s remarks a slap in the face at Ms. Johnson-Harrell (here)…”Pennsyltucky” strikes again (the "prayer" came before the swearing-in, by the way)…

…and I thought this was a good take on the potential for obstruction of justice in the Mueller Report by Farron Cousins, and as far as I’m concerned, the jury on that is still out on that because WE HAVEN’T SEEN THE WHOLE DAMN REPORT AND I DON’T TRUST WILLIAM BARR (and I think it should be noted that Cousins is a lawyer…oh, and by the way, Dems, can we now give Nancy Pelosi a little credit for downplaying impeachment talk about the Gropenfuhrer? Wouldn’t she look pretty damn silly right about now if she’d plowed full steam ahead on that before the report was out?)…

…and any death for any reason is awful, but this is particularly bad (as is this) – what I wouldn’t give to see one of these gun-humpers have to deal with an active shooter drill; of course, they’d probably try to be “a good guy with a gun” and shoot a teacher or police officer instead…

…and I’m sorry that I’m in a particularly sour mood today – with the first clip in mind in particular, I felt like hearing this song. 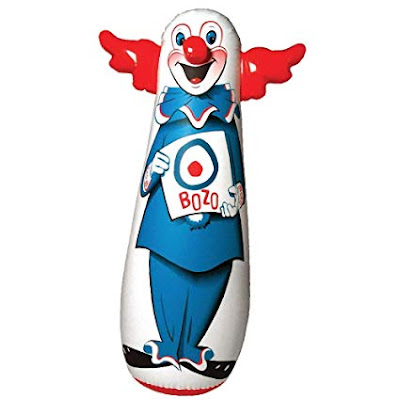 OK, so now we have a bit of a look at what is contained in the Mueller Report about alleged collusion between the Trump campaign and Russia in the 2016 election (I think it was actual and not, in fact, merely alleged, but I realize that the Mueller Report didn’t find the proverbial “smoking gun”).

Now before we get into too many histrionics over this, I believe we should consider the following:
Also, I would add that Mueller (it seemed to me) was looking more for the in-all-likelihood financial illegality between Trump, Russia and other actors/entities in Trump’s business dealings, and I have a feeling that that is what is largely in this report. And I’ve included the clip below from Ari Melber on this for two reasons: 1) Melber is a lawyer, and 2) He makes the important point that Mueller apparently believed that the resolution for any potential “high crimes and misdemeanors,” should they be found, was in the U.S. House through impeachment as opposed to indicting Trump, which is about right as far as I’m concerned.

With that being said, I should note that we should expect nothing but the typical corporate media caterwauling about Trump supposedly taking a victory lap over this, as utterly preposterous as that is. And Glenn Greenwald unleashed a truly petulant tweetstorm after Barr produced his interpretation of the Mueller report, attacking MSNBC for their fixation on Trump and Russia.

Were they fixated on this in their reporting? Yes. For ratings? Uh huh (Chris Hayes was honest enough to admit that he wanted to do more reporting in climate change, but as nearly as he could tell, viewers would tune him out). However, I personally believed this story was important enough to merit that kind of treatment. And I believe it still is.

However, I have to admit that I was shocked by some of the lefty push-back on this also (the reason for the Bozo pic). Kyle Kulinski also attacked the typical corporate media suspects with initials for names, saying he was right and they were wrong (even though the most ridiculous pontificating I’ve yet seen on this is contained in this tweet). Um, the whole damn report hasn’t even come out yet! If you want to be mad for the over-reporting on this versus actual policy issues that impact our lives more directly, then fine, I get that. But please don’t do Fix Noise’s work for them, OK? Their platform is plenty big enough for them to do that on their own.

Anyway, here is the Melber clip…

Update 3/26/19: Yep, I think Greenwald has pretty much devolved into self-parody here.

…oh, and in case anybody out there thinks I’m nothing but a shill for the Democrats, I give you this, which is truly deflating and cause to worry for 2020…between shooting ourselves in the foot with a Howitzer like this and Trump having the power of incumbency on his side, I remain genuinely concerned that the Democrats, as a national party, are going to try and win this by bringing a knife to a gun fight, as it were, and if so, we know what will happen (The DCCC remains an utterly useless organization as far as I’m concerned)…

…and happy 72nd birthday to Elton John, with a bit of a Russian-flavored tune for the occasion.