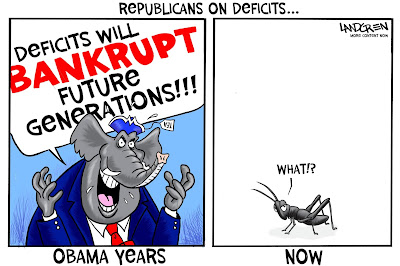 Every once in awhile Lawrence O’Donnell completely nails it on an issue, and I would say he definitely did that here with Mayor Pete and the latter’s idiocy over the Dems and deficits (all politicians are opportunists I know, but it’s amazing to me in spite of it all what kind of a pass Buttigieg is getting from our corporate media otherwise, which makes O’Donnell’s piece all the more commendable)…

…and I know I’ve given the Clintons a pass a lot of times because I think it was completely deserved (I’m not sure how much you remember, but I remember how they were RELENTLESSLY ATTACKED for all 8 years of President Clinton’s term, usually for utter nonsense), and I think Michael Brooks needs to look a bit more at the context of the Clinton Administration trying to get ANYTHING done with the Dole/Gingrich Repug congress of that era, but I also think he’s fundamentally right to criticize them on the issues of crime and welfare reform (Should the legislation have been passed? Hindsight is 20-20 I know and maybe there were good goals and intentions at the time, but I’d like to see more self-examination and criticism from the Clintons on that)…all of that being said, I should tell you that my grace period, if you will, for HRC just ended with a thud over her recent interview on Howard Stern (the guy is funny at times as far as I’m concerned, though usually I don’t care to hear him – however, only an idiot would argue that he isn’t formidable at his job)…to me, she didn’t really attack Bernie Sanders directly but just treated him and his candidacy with some kind of effete disregard, as if she was trying to swat a fly, which may actually be worse than attacking him – given what I just said about the Clintons and the 90s, you would think they would understand the importance of the Sanders campaign…I think Brooks also makes a good point about how she took three years too long to appear on Stern’s program, when maybe appearing during the ’16 campaign would have made her more approachable to people somehow…amazing to me that HRC has either forgotten or somehow didn’t know about Sanders’s appearances for her during when she was the nominee – she was poorly served but she also shot herself in the foot too, and this is an example of that (also, there's a brief swear word at the very end FWIW)…

Update 12/7/19: I know this may come as a shock, but Sanders actually has plans for how he would fund his proposals (here is an example, in response to this).

...and here are more seasonal selections, starting with a number that I probably should have had in the past also, but here it is now. 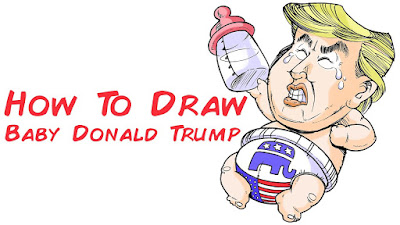 Awww, it looks like Generalissimo Trump haz a sad at the recent NATO conference, with Justin Trudeau getting in his shots; yes, they’re all acting like a bunch of heathers, as it were, I know, but hey, if you want to play with the big boys and girls, this is the way it is (and I’m sure Our Treasonous, Tiny Handed Orange Dictator will run crying to Fix Noise over it all eventually)…

…and the prior clip was comically stupid, but this one is positively infuriating; Cenk, Ana and Emma Vigeland (whose anger is totally justified) tell us that George Zimmerman is suing the family of Trayvon Martin…yeah, you read that right (and yeah, hold up Larry Klayman and Joel Gilbert to be publicly excoriated over it too - more here; the next time you hear somebody criticize Black Lives Matter, show them this clip)…

...and I don't know about you, but I definitely need some seasonal tunes as a palate cleanser of sorts, especially after that last item.

Posted by doomsy at 1:56 PM No comments: 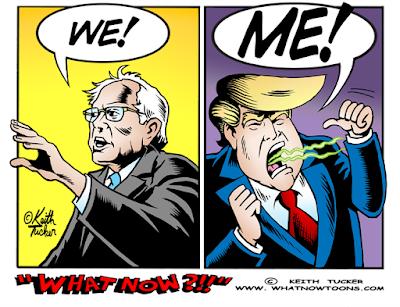 David Doel presents a CNN clip of Bernie Sanders supporters in Kentucky – yes, you read that right; and yes, as Doel points out, if our news organizations with initials for names were truly doing their jobs, this wouldn’t be one bit surprising…

…and I have to give our former ol’ buddy Vlad Putin props here for not appearing to pull the strings on our Repug politicians, including the Gropenfuhrer of course (here)…

…and it must be nice to have so much leftover $$ to spend stupidly like this (that is, Chris Hayes and Nick Confessore tell us about the sales of Uday Trump Jr.’s book)…

…and in a way, I didn’t want to highlight the garbage from this Daniella Stella person against Dem U.S. House Rep Ilhan Omar, but I think that she (Stella I mean) and this other monster named Patrick Carlineo need to be called out (God, parts of this country are truly sick – more on Stella is here; what a charming individual)…

...and here are more seasonal selections.

Posted by doomsy at 8:00 AM No comments: 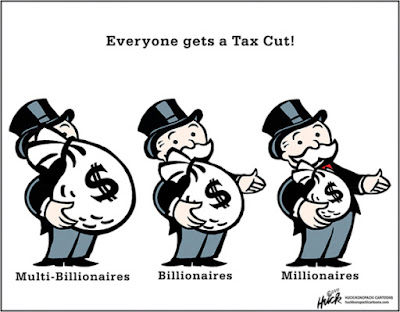 …and Farron Cousins tells us about how Gym Jordan and the rest of the U.S. House Repugs just released their 123-page fantasy report exonerating the Gropenfuhrer…and yeah, I would say it’s a bit premature also for them to be concocting this dreck…

…and I thought this was a reasonable take by our friends to the north on why Sen. Kamala Harris just dropped out of the Democratic presidential race, even though I don’t see a path for Amy Klobuchar either; for whatever my take on this is worth, I write this off to “death by centrism” and Bloomberg/Steyer/”insert your millionaire candidate name here” big money…

Update: What Mr. Pierce sez here (may need to subscribe)...

...and here are some more seasonal selections. 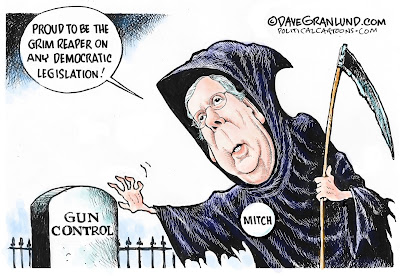 John I. and Brooke Thomas of “The Damage Report” push back on the “do-nothing Dems” idiocy from the Gropenfuhrer in light of the impeachment proceedings (and why am I not the least bit surprised that AOC has been so productive?)…

…and nice job by DNC Vice Chair Michael Blake to tell Fix Noise humanoid Bill Hemmer just how unconscionable he and his network of cretins really are (speaking of pushing back…and yeah, looks like somebody was “triggered,” you might say, and it wasn’t Blake)…

...and here's the first batch of holiday selections (playing with this list a bit).

Posted by doomsy at 1:39 PM No comments: