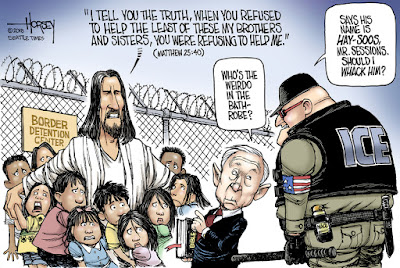 Ana and Cenk of TYT tell us all about the unholy alliance between Turning Point USA and Geo Group and how Candace Owens is doing the hustle, you might say, for these criminals (to paraphrase Churchill, we’ve pretty much established what Owens is – all we’re negotiating over at this point is her price)…

…and Thom Hartmann gives us some potential reasons why, according Gallup, a majority of Americans are unhappy with the state of things right now (yeah, as Thom more or less says, take your pick)…

...and I now give you today's regional weather forecast.

Posted by doomsy at 9:37 AM No comments: 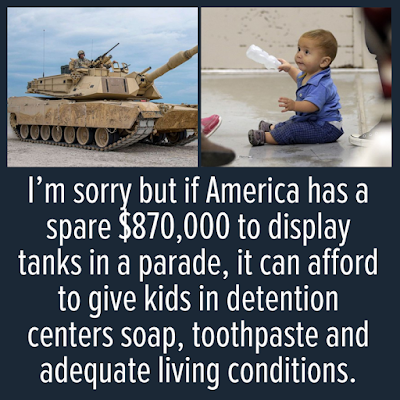 Yep, it looks like Generalissimo Trump broke the stoo-pid meter once again (here, and more unintended fun is here)... 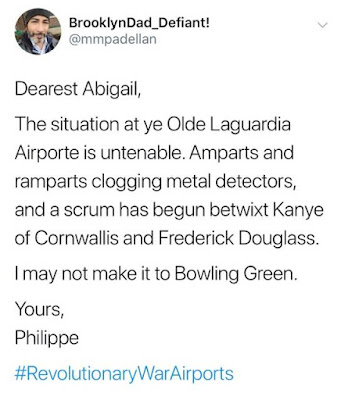 Update: Hat tip to Daily Kos for this - I don't think we really need to add words to these pictures, do we? Well, maybe except to point out that we used to actually FIGHT regimes like these once.

Update 2: Truly, the memes will never die (here)...and of course, he also messed up the reference to the War of 1812.

…and Farron Cousins makes the case for letting Our Treasonous, Tiny-Handed Dictator Wannabe continue to live in his Fix-Noise-inflated bubble…

…and oh yeah, the tax bill that every single stinking congressional Repug voted for in December 2017 was nothing but a fraud (we knew that too I realize, but as Robert Reich tells us, now we have data to support that)…

…and I had this tune in mind after the Gropenfuhrer’s latest malaprop (oh, but it’s NEVER his fault of course). 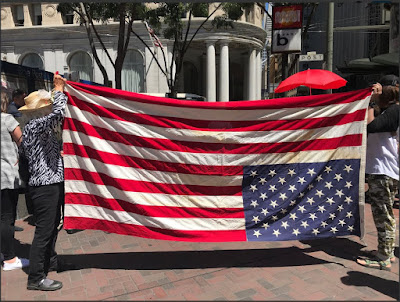 Oh well, it looks like Generalissimo Trump is going to have his military parade, with all the appropriate trappings for a tin-pot dictator – wonder if this story has anything to do with this?...

…and the crew from “The Majority Report” tell us how some world leaders, notably Christine Lagarde, threw some serious shade at Lucretia Bourgeois, as Eric Idle calls her, at the recent G20 summit (and in a related story, I thought some of this was hilarious)…

…and c’est dommage (speaking of Lagarde)…it looks like Dana Loesch and NRA-TV got shot down, you might say – thoughts and prayers (more here)…

...and even though this is slightly NSFW I believe, this is an unusually restrained clip from Mike Molloy, though still an effective one I think, in which he notes the recent comments from former President Carter about the Gropenfuhrer...

…and Thom Hartmann “goes there,” you might say, on just how “in the tank” for Our Treasonous, Tiny-Handed Orange Dictator the “party of Lincoln” has gone since he parked his ample butt in that big chair in An Oval Office (and Thom mentioned the census – God only knows what that orange pustule is trying to do with that wretched citizenship question…I honestly don’t know what to do about the thorny, and quite well described, problem he sums up at the end, besides to keep fighting, that is)…

...and I thought this was an appropriate clip from the New York Times for the holiday (and I thought these were particularly important words also)...

...and I hope everyone has a Happy 4th of July.

Posted by doomsy at 7:27 AM No comments: 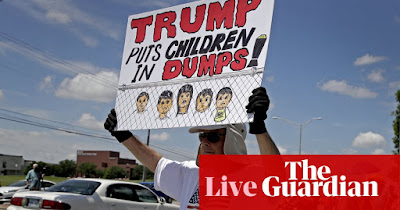 Rachel Maddow tells us about the protests against the immigrant detention in concentration camps on our border, as well as the DHS inspector general’s report on the utterly atrocious conditions in which these folks, including many children, are housed (trying not to vomit in my mouth as I watch this)…

…and John I. of The Damage Report tells us about AOC at the camps and her reaction, as well as that of others in the Dem congressional delegation, with the predictable wingnut caterwauling trying to drown them out (good point about how CBP is supposed to be better than ICE – yeah, you would think – oh, but once again, according to the USCCB, the images of the drowned Óscar Alberto Martínez Ramírez and daughter Valeria after trying to cross the Rio Grande “silences politics”...yeah, maybe in the thoroughly compromised imaginations of these “faith leaders” it does…)…

…oh, but instead of our humanitarian “ticking time bomb” crisis at our border, what DO conservatives care about instead? How about a pair of shoes, as Farron Cousins tells us (more here)…

…and I guess communicating my sense of moral indignation gets tiresome at times, but please allow me to do so again once more anyway. 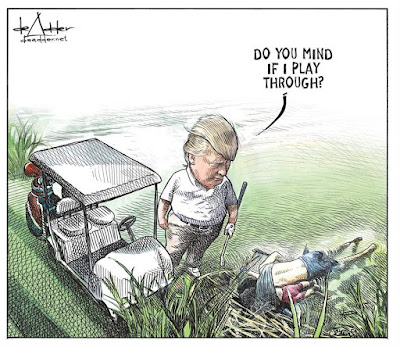 (Here is some important information on the pic from Canadian cartoonist Michael De Adder; as usual, it doesn’t matter how factually wrong you may be, but DON’T YOU DARE EVER OFFEND A CONSERVATIVE!)

(Of course, the real joke here is the notion that the Gropenfuhrer has any ideological fealty whatsoever to ANYTHING besides his own wallet, but I digress.)

To begin, Brian Tyler Cohen tells us about Shep Smith of Fix Noise showing commendable humanity on the issue of the pic of the drowned Óscar Alberto Martínez Ramírez and his daughter Valeria (of course, Smith makes it sound like one side is engaged in a reasonable discussion with the other on this issue as opposed to the utter lunacy of the “party of Lincoln,” but we’re talking about Fox, so it’s all about baby steps…and in a related story…what country am I living in again?)…

…and speaking of The Roger Ailes Network, it looks like one of its displaced alums, none other than Billo The Clown, weighed in on the issue of reparations recently with typically comic results as noted here (and no, I'm also not sold on the idea of reparations to be honest, but then again, I'm not going to lay this whole lack of "personal responsibility" crap on anyone over it either)...makes me want to bring back this item from 6/30/15 in which O’Reilly’s lackey Jesse Watters did his trolling best to ridicule people down on their luck for whatever reason…and yeah, you guessed it – time once more for “This Day In Doomsy History” (more or less)…

Update: I went back and watched this segment again and I forgot how rancid it truly was (I think that comment about “plush homeless shelters” from that fathead Watters is what set me off all over again).

Here is a response from the time the clip originally aired, and here is a bit of an update. Yes, Mayor de Blasio and Governor Cuomo have a lot more to do about this problem, but I think you can safely forget about any assistance of any worth whatsoever from O’Reilly and Watters, who, then as now I’m sure, only want to try to score cheap “culture war” points over people genuinely in need of at least some measure of help.

Update 7/2/19: Truly he finds a new "bottom" every single day, and I mean Number 45 of course, though Tucker isn't far off either I'll admit (here).

Update 7/6/19: If Watters wants to "detoxify" anyone, he should start with himself (here).

…and Farron Cousins tells us about our Treasonous, Tiny-Handed Orange Dictator trying to discourage other world leaders from doing anything about climate change…

…and kudos to Emma Vigeland of TYT for this; as I’ve said, you couldn’t pay me enough money to live in Florida – putting aside the wingnut insanity, the whole damn state will be underwater barring consequential future action (and by the way, on the subject of wingnut climate-related insanity, I also give you this)…

…and I’m going to put aside for a moment the idiocy of a whiteboard presentation indicating that “opinion” and “option” have the same spelling…aside from that, I thought this was about as good of an analysis on Medicare vs. Medicare Advantage as our corporate media can present (M.A. to me was always a Trojan Horse meant to ultimately abolish traditional Medicare for ideological reasons)…yes, we should ultimately enact Medicare for All, but it should be phased in, and yes, I know that means all kinds of lefty caterwauling out there, but the battles over the ACA will be nothing compared to what will happen when trying to pass MFA – if it happens at all, it definitely will not happen anytime soon; nobody is going to just throw a switch and voila!, we’ve done it – the usual corporate suspects will typically spend stupid money on campaigns of OMIGOD! THOSE DASTARDLY LIBERALS AOC AND ILHAN OMAR AREN’T JUST SATISFIED WITH TAKING YOUR MEAT AND AIRPLANES! THEY'RE BRINGING BACK DEATH PANELS! RUN FOR YOUR LIVES!!!…

…and as long as we’re focused on North America, I think we should extend best wishes to our neighbor to the north (here); here is a tune from a Canadian icon (another one besides Michael De Adder, that is).

Posted by doomsy at 2:24 PM No comments: