Rev. Al brings the outrage once more against the Teahadists on the shutdown, with Congressman Jim McDermott (Abby Huntsman, I think, does a good job of keeping us focused on those who are hurt the most by this nonsense)…

…and this gives us an opportunity to do something about it…

…and we recently saw another fine performance by Richard Thompson, with son Teddy this time, at the McCarter Theater in Princeton – they performed this as an encore to commemorate what would have been the 75th birthday of Eddie Cochran.

I’ve said it before and I’ll say it again – somebody elects these…fart-knockers?? (here)...

…and this week marks what would have been the 110th birthday of Vladimir Horowitz – with that in mind, here is a bit of culture.

Rev. Al Sums things up on the shutdown pretty well, I believe, with Richard Wolffe (vintage clip of “Man Tan” Boehner wankery from the mid-'90s included)…


…oh, and take a guess who decided to shut down the 19th attempt by the Senate to meet in conference with those U.S. House assclowns, as noted here…

…and fortunately, Jon Stewart is here to lambaste the usual media suspects on all of this…

…and returning to this decade, I guess this tune can be used by both sides in this mess, though we have the moral high ground to be sure (NSFW).

Posted by doomsy at 7:49 PM No comments:

Martin Bashir brings us the latest horror stories from DC, brought to us by a majority of voters who, in their dunderheaded stupidity, put these cretins in charge of the U.S. House of Representatives in 2010.

Oh, and about the Senate supposedly not joining that sleazy weasel Cantor and his pals for a conference committee, I give you this…


…and as Rachel Maddow tells us, there are people out there who want this county to burn, at least metaphorically, and perhaps more than that (here)…

…and you want to see what happens when Dems are in charge? Check out the Golden State, as Bill Maher tells us (definitely NSFW)…

…and I guess, if all this BS with the Teahadists in Washington had happened about 40 years ago, this song would be more topical, even though I think it works fine now also ( “war,” in the economic sense anyway, is very much taking place, in addition to the real one in Afghanistan, and as far as people actually dying…).

So much for the “equivalency” practiced by Gary Weckselblatt, Ron Fournier, and countless other media hacks; Cenk Uygur shines a big, beaming spotlight on that garbage here…

…and full disclosure: I know I said that I wanted The Sainted Ronnie R to roast on a spit in hell, but I said it after he had already died (here...careful what you wish for, or you might end up on the welcoming committee, if you know what I mean)…

…and like it or not, the health care exchanges start going into effect tomorrow, so deal with it Boehner and co., you assholes... 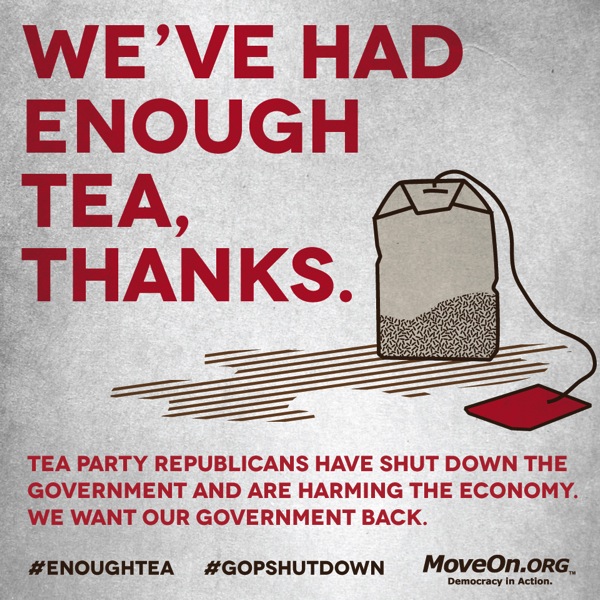 …and happy birthday to Trey Anastasio (trying to interject something a little upbeat here).

Posted by doomsy at 8:09 PM No comments: