OK, just when you thought we were safe, I’m back again with you-know-what…

…and this takes us to #23, and that would be U.S. House Repug Todd Akin of Missouri (alias Jesus Q. Nutbar, as Hunter at Daily Kos refers to him here).

Let’s see, where to begin with Akin…

Well, for starters, did you know that Akin said that “liberals hate God” (noted by Hunter)? And, as noted here, federal student loans gave America the “stage three cancer of socialism”? And by supporting the repeal of the 17th Amendment, as noted here, he wants to eliminate the right of citizens to vote for him while he runs for the U.S. Senate seat currently held by Dem Claire McCaskill?

Akin is yet another pitiable excuse for a human being serving in Congress and elected by voters who, it would seem, have barely mastered the art of using a TV remote, let alone knowing how to function in a voting booth and exercising their basic duty in our democracy (Akin is noted in the video below trying to make a joke about lynching and health care reform – truly precious stuff – but the video overall is a fine compilation by Rachel Maddow of the right-wing garbage in response to the Affordable Care Act...more of Akin's awful votes on this vitally important issue are here)…

Update 8/20/12: I'm beginning to think Akin belongs in Bellevue as opposed to the "show me" state (here).

Update 8/21/12: Actually, after reading this, I don't know who's crazier - Akin, or the people who will vote for him.

Posted by doomsy at 6:44 PM No comments:

My sympathies and condolences go out to the victims of the latest mass shooting in Aurora, Colorado (here). However, since the NRA owns just about every politician who could make a difference, don’t expect that a damn thing will change.

And going from the ridiculous to the even more ridiculous, I should note that it’s that time again…

…and that takes us to #24, who would be Buck McKeon of California; as noted here, he’s the top Congressional recipient (well, in the House at least) of defense industry donations, and he also received VIP loans from Countrywide, as noted here (interesting - can't recall this generating a fraction of the umbrage that the same thing generated against Chris Dodd, by the way)…

…and once again, Sam Seder brings some perspective to this item…

Posted by doomsy at 8:38 PM No comments:

Yep, it’s that time again – here is the total so far… 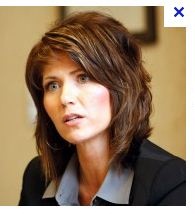 …so that brings us to #25 on the list, and that would be Kristi (“Unsafe At Any Speed”) Noem of South Dakota – as noted here, both she and all-but-named Repug presidential nominee Willard Mitt Romney oppose the Affordable Care Act.

Oh, and as noted here…


When the good people of South Dakota voted last month to send Republican Kristi Noem to Congress, they probably believed that she would give no quarter to the lobbyists and special interest groups who enjoyed, as she put it, "throwing money at the feet of a member of Congress."

But since she defeated Democratic Rep. Stephanie Herseth Sandlin (in part by making an issue of Herseth Sandlin's marriage to a lobbyist), Noem has hired her new chief of staff from . . . a lobbying firm! And on Tuesday afternoon, she was the guest of honor at a "Meet & Greet" with Washington high-rollers at the powerhouse lobbying firm Barbour Griffiths Rogers. Once these boys start throwing money at Noem's feet, she'll soon be chin deep in lobbyist greenbacks.

It was probably inevitable that the Tea Party activists would be betrayed, but the speed with which congressional Republicans have reverted to business-as-usual has been impressive.


…and I’ve spent the last couple of nights observing the passing of two musical legends, so let me now observe a birthday of the same instead, and that would be the 65th of Dr. Brian May of Queen.

Posted by doomsy at 8:53 PM No comments:

OK, let’s have at this again, people… …so I now give you #26 on my list of Repug U.S. House numbskulls opposing health care reform, and that would be Hal (“I Thought Pizza Was A Vegetable”) Rogers of Kentucky, as K.O. noted below (more here, and more odious stuff involving Rogers and health care is here)…


…and I think this makes Willard Mitt definitely look like an expert at what comes out of the horse, as it were, as opposed to anything else…

Posted by doomsy at 8:26 PM No comments:

OK, here’s the tally so far… 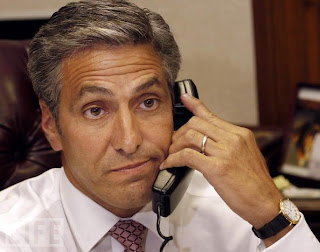 …so without any more ado, as they say, it’s time to unveil #27 on the list of Repug U. S. House numbskulls voting to repeal health care reform, and that would be Lou Barletta of our own beloved commonwealth (somehow I have a feeling there will be others from PA on this list…Barletta deserves a shot for this if no other reason)…

Update 7/24/13: Somehow I managed to overlook this other inglorious moment with Barletta and the EPA - ugh.

Update 12/3/14: Soo, let me get this straight - as far as Barletta is concerned, if Congress passes immigration reform, then the terrorists have already won (here)...???

…and RIP Bob Babbitt, legendary “Funk Brothers” bassist, profiled in the terrific 2002 documentary “Standing In The Shadows of Motown” (this was one of his signature tunes, written by Stevie Wonder when Wonder re-signed with the record label way back when).

Posted by doomsy at 8:42 PM No comments:

Sam Seder brings us the latest on the DISCLOSE Act, which the Repugs in the Senate (to absolutely no-one’s surprise) filibustered today – wonder if Mr. and Mrs. America down the shore, up the mountains or whatever are paying attention...not to the desired degree I’m sure, which is indeed tragic...

...and this tells us that I may have been off in my calculation that the U.S. House Repugs have held 31 votes to repeal the Affordable Care Act (an utter waste on so many levels...the votes I mean), and that there may have, in fact, been 33 votes (backgrounder here).

Well, with that in mind, allow me to bring two bonus knuckleheads in the House who oppose the ACA, and just to show that I’m being “fair and balanced,” I’ll make them both Democrats, OK?

To begin, I give you outgoing Rep. Dan Boren of Oklahoma, one of five who voted with the Repugs to repeal (and by the way, Jim Wilson got creamed two years ago – heckuva job, Oklahoma Dems)....

...next, I give you Mike Ross of Arkansas, another of the five, giving us his version of constituent service (more’s the pity - here)...


...and I guess this is another video that would have been more appropriate for yesterday (praise the Lord and pass the wingnuttery).

Posted by doomsy at 6:47 PM No comments: