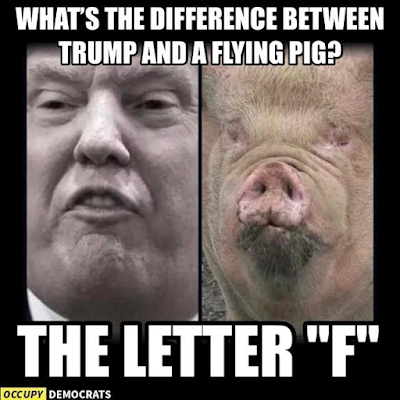 (I have updates to my U.S. Senate post here.)

Sadly, it looks like Not Your Father’s Republican Party has settled on its alleged “closing argument,” and it’s every bit as pathetic as you think for the reasons John and Cenk of TYT point out here (and let’s not forget this also – and who was it who pardoned Arpaio again? Thinking…)...

…and speaking of lies, it looks like former Trumpers aren’t faring too well when trying to find gainful employment after leaving the regime of our Treasonous, Tiny-Handed Orange Dictator, particularly at “fake news” CNN – one adage that comes to mind is this; you lie down with dogs, you get up with fleas…

…and I guess this is part of a “lying” theme also – Kyle tells us about the usual Repug suspects, as it were, bringing falsehoods to the table when it comes to health coverage for pre-existing conditions (NSFW)…

…and not to be outdone when it comes to trying to be “mainstream” for the Repugs in time for another election (though maybe ultra-ultra right actually IS mainstream for this bunch), I give you the latest from Sam Bee on one Steven Arnold King (more here and here – NSFW also...to do something about it, click here)…

...and Robert Reich tells us about the Gropenfuhrer's 30 biggest broken promises… 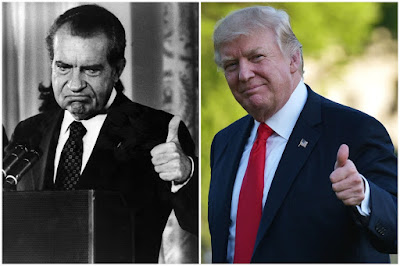 Rachel Maddow tells us that there is now a precedent for Special Counsel Robert Mueller to go after Generalissimo Trump based on Tricky Dick’s Watergate history (yeah, the "Dictabelt" does sound like something out of the era of Don Draper, to be sure)…

…and speaking of Mueller, Farron Cousins tells us more about this Jacob Wohl character who apparently tried to incriminate the special counsel somehow – the stoo-pid is almost too thick to cut with a chainsaw, let alone a knife...more here (and the fact that Wohl’s group is apparently called “SureFire Intelligence” is something right out of a Stanley Kubrick movie…and oh, some conservative named Jack Burkman had something to do with this as well…and why am I not surprised that The Gateway Pundit is involved also? Have fun going to prison, you clowns.)…

…and Francis Maxwell gives us a “Breakdown” segment on Trump trying to end birthright citizenship – you know, the 14th Amendment, which he can’t change by himself (good job to compare this to gun rights and press freedom)…

…and John, Ben and Brooke Thomas give us the latest on a poll which shows increased millennial turnout in voting (yaay!)…

…and Carlos Maza and Norman Ornstein argue that Repugs have broken our politics – not saying Dems are innocent either, just saying that there’s no doubt about who’s responsible for this facet of our democracy “going off the rails” in the first place…

…and after watching the Maddow clip, I felt like hearing this tune for a bit of historical perspective.

Posted by doomsy at 9:24 AM No comments: 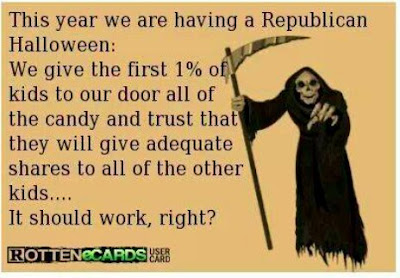 Farron Cousins tells us that, when all else fails, the Repugs turn to threats of violence and intimidation if it looks like their candidate might lose, which is apparently a real possibility in Texas (naturally) with Ted Cruz running against Beto O’Rourke…part of me wonders how truly sad of a human being you must be to actually defend someone like Cruz merely because you instinctively hate Democrats…I can recall the one-time standard bearer for the “Grand Old Party” proclaiming “malice towards none, with charity for all” (here)…I’m sure their leader now would call that “fake news”…

…and Kyle K. gives props to Ali Velshi of MSNBC for calling out Repugs claiming that they support pre-existing conditions in health care coverage – um, that’s a lie of course; Kyle flips out a little at the end, but he’s spot-on also (NSFW)…

…and here are two more selections for your pleasure I hope while we ward off evil spirits and try to have fun amidst the ghouls, goblins and the like…Happy Halloween. 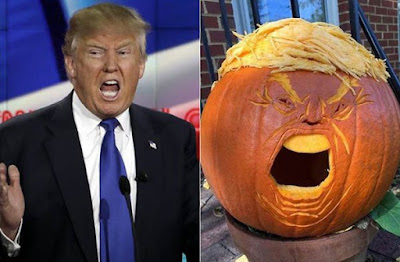 Rachel Maddow tells us here that the Gropenfuhrer should reconsider his trip to Pittsburgh (here), but of course he won’t and has probably arrived by now…

…and it looks like Andrew Gillum gave it back to our Treasonous, Tiny-Handed Orange Dictator on the Twitter machine when Trump called Gillum a thief without proof of course (as John, Ben and Brooke Thomas tell us…great point by John about Trump wanting DeSantis for 2020)…

…and Kyle tells us how the Israeli ambassador in the US conjured up something called “far left Anti-Semitism,” which is actually equating the BDS movement with mass murder – NSFW…

…and hey, don’t look now, but it looks like our delusional man-child who cannot operate an umbrella is looking to get rid of our arms control treaties – Bueller?...

…and speaking of Generalissimo Trump, I now give you the latest installment of “This Day In Doomsy History” (more or less) from 10/29/15, where Stephen Colbert once tried to persuade you-know-who to donate $1 million (which, apparently, is chump change to Number 45) to The Harlem Children’s Zone – no word on whether or not he ever ponied up, but I’m suspecting that he didn’t…

...and here is another apropos selection for this time of year.

Posted by doomsy at 2:20 PM No comments: 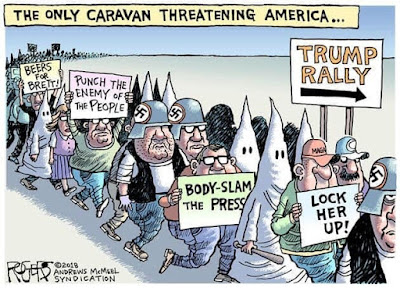 Is that about it?

Oh, and I think this should be noted as well (and this).

…and Farron Cousins tells us that the Repugs are already making their excuses for projected mid-term losses…but we still have to go out and work to get this done (don’t “measure the drapes,” people!); we should do the best we can of course and take nothing for granted, but Cousins makes a great point – we’re playing more defense in this election cycle, but in 2020, the Repugs will have to do that…

…and the “Closer Look” bits from Seth Meyers are just about always good, and I thought this one was exceptional (I agree with C&L here for what it’s worth)…

…and to help Scott Wallace, please click here (and those Humane Society billboards for Bri-Fi, which are completely untrue by the way, are still standing as noted here – oh, and more Bri-Fi garbage is here from last Friday with an update)…

...and here is a "moldy oldie" of a seasonal tune.

Posted by doomsy at 2:18 PM No comments: