It looks like the wingnutosphere is all in a rage yet again over Dem U.S. House Rep Ilhan Omar – so, people lose their minds over her saying “some people did things” about 9/11 but the routinely offensive actual garbage from people like Generalissimo Trump, Louie Gohmert and Steve King draw yawns by comparison? Uh…yeah – I guess that’s where we’re at.

For the benefit of anyone who doesn’t get this by now (maybe one or two), please allow me to explain.

Fix Noise and the New York Post are probably the chief operators in what is (I would guess) about a billion-dollar outrage machine in this country. And as far as their “subscribers,” if you will, are concerned, hate is like oxygen to them. In point of fact, Omar could have given a news conference and said, “Gee, I woke up this morning and saw that the sky is blue,” and there are people out there who would still go nuts and say, “OMIGOD, IT WAS CLOUDY OUTSIDE THIS MORNING! SHE’S PART OF A GLOBALIST CONSPIRACY!!”

Well anyway, I thought this was a good response from Cenk and Ana (along with their sadly apropos commentary on the Democratic Party congressional “leadership”)…

Update 4/15/19: By the way, when it comes to Democrats Behaving Badly, I suggest that you follow Lee Fang on Twitter (here) who has been doing great work (along with some other folks) following the proverbial money between the Center for American Progress, the New America Foundation, and some truly strange bedfellows, as it were.

…and when it comes to Democrats with actual guts, I give you this about AOC giving it to the “banksters” in a recent congressional hearing, as Brian Tyler Cohen tells us (this is what actual representation in a democratically elected government looks like, by the way...and so is this)…

…and it looks like the Trumpsters found a way to weaponize the tax code, as CNN’s John Avlon explains here…yet another reason to hate this bunch of criminals; I can personally attest to this…we haven’t owed on our federal return in over 15 years, but we do now - and you voted for this, Bri-Fi)…

…and this is one hell of an argument for getting rid of the filibuster from Dem Sen. Elizabeth Warren…

…and I give you the latest installment of “This Day In Doomsy History” from 4/13/14 (I know I haven’t done this for a little while)…the next time you see anything having to do with Dem Sen. Kirsten Gillibrand, remember that her former fellow Dem Senator Al Franken, speaking out here against the proposed Comcast and Time-Warner merger (which eventually failed, by the way), who was accused of sexually related misconduct as we know, wanted a Senate ethics committee investigation in response but Gillibrand said no – Franken had to resign immediately…not condoning what Franken was accused of in anyway, but I think this video gives us an idea of just how much of an important voice we ended up losing…and in a related story as they say, Sen. Mr. Elaine Chao will NEVER allow a vote on Net Neutrality in the Senate, and I think this is the main reason why...also, here is more on McCutcheon which Franken referred to...Bri-Fi also voted against Net Neutrality, as noted here)…

…and exactly 50 years ago today, this song was Number One on the Billboard Top 40 chart (more here - and yes, this was yet another production with The Wrecking Crew). 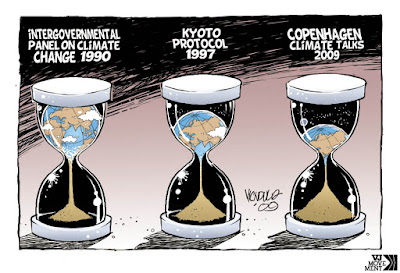 Former Obama Secretary of State John Kerry recently appeared before the U.S. House on the climate crisis, and met with typical wingnut Repug idiocy, as Brian Tyler Cohen tells us (more here...and in a related story, this was a thing too as it turned out...good Lord)…

…and here is more proof WHY OUR STUPID CORPORATE MEDIA IS PATHETIC, Part The Infinity as Charlie Pierce might say (here) – it takes a COMEDIAN to tell the truth anymore, as usual, though I realize Stephen Colbert is pretty damn “woke” in his way (I could feel brain cells dying as I watched that pitiable orange meat sack)…

…and Farron Cousins tells us about the U.S. House Dems standing up to pharmaceutical executives; of course, Teahadists Mark Meadows and Gym Jordan are telling Big Pharma not to cooperate with the request from the party in power in the House, as you might expect…

..and I think they’re coming to the Mann Music Center in these parts in July – might pay StubHub a visit shortly. 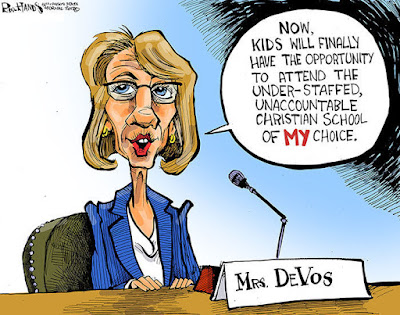 Brooke Thomas and John Iadarola of The Damage Report tell us here about Dem U.S. House Rep Katherine Clark of MA squaring off with Cruella DeVos over the Ed Secretary’s citing of a propaganda screed disguised as serious research claiming that minority kids basically aren’t going to do anything in school but cause trouble – yeah, that’s about par for the miserable course for this regime of criminals, charlatans and fools (more here)…

…and Farron Cousins tells us about the departure of DHS Secretary Kirstjen Nielsen – don’t let the door hit you on the way out, lady (more here)…

…and I know I already said something about the Dems in the U.S. House (and some Repugs including Bri-Fi) voting to reauthorize the VAWA, but I wanted to note in particular the utter Neanderthal treatment given to Dem U.S. Rep Debbie Dingell, with a commentary from Brian Tyler Cohen…

…and last Friday marked the 25th anniversary of the death of Kurt Cobain of Nirvana…not trying to sound like a Pollyanna, but try to stay away from the bad stuff and always reach out to try and get help if you think you need it or you know someone who does.