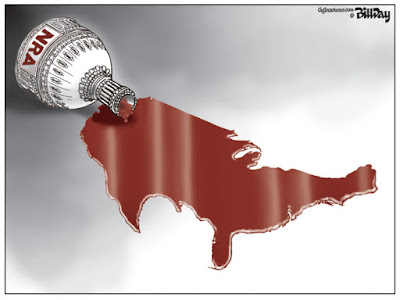 Sam Seder and Michael Brooks of The Majority Report give wingnut FL State Rep. Elizabeth Porter the response she merits for recently mocking the Parkland gun slaughter survivors (more here, and as noted here, Porter received a “100 percent” rating from the NRA…figures, I know...NSFW I think)…

…and gosh, what another surprise – another critic of our former ol’ buddy Vlad Putin was poisoned recently (honestly though, I don't trust "Business Insider," though I admit that they actually could be right)...

…and Ari Melber talks with presidential historian Michael Beschloss about the precedent of trying to tamper with witnesses by a president, notably Tricky Dick (don't know what the next story was…I don’t have an issue with Beschloss and I guess they have to mention the “Clenis” stuff, but that definitely isn’t in the same category as the non-stop scandals-for-real from our Treasonous, Tiny-Handed Orange Dictator)...

…and speaking of the Gropenfuhrer, here are his lizard-brained, “MAGA” followers doing what they do best to a bookstore owner in Berkeley, CA (very NSFW)…

…and I can think of no better counter response to the Trumpsters than this one – tie them all to chairs and let them watch a Muslim for real be elected president, and watch them all have nervous breakdowns (you go, Yusuf!)…

…and yesterday marked the 50th anniversary of the opening of Bill Graham’s Fillmore East (it closed in June of 1971) – The Doors performed there on March 22nd of that year, and this was the second tune in their set that evening.

Posted by doomsy at 8:17 AM No comments: 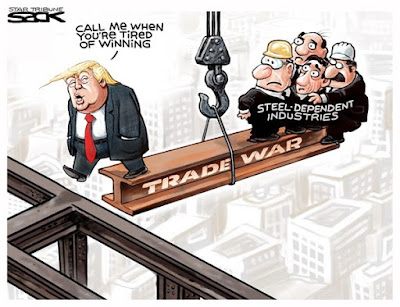 This story by Rachel Maddow about the genesis of Generalissimo Trump’s aluminum and steel tariffs was a bit of a head-scratcher even for him (“governance” by vendetta as usual, though), but then I saw that wall of the departures from this regime and I felt absolutely gobsmacked…

…and oh yeah, it looks like Number 45 is planning to screw over, among others, our neighbors to the north over those aforementioned, stupid steel tariffs…

…and kudos to the West Virginia teachers for winning a pay increase, as noted in the video, but no, I’m afraid this fight isn’t over either…

…and let us not forget one of the people who, as far as I’m concerned, ended up polluting our political discourse with her crackpot world view which, tragically, has become accepted conventional wisdom among wingnuts everywhere (“if there is no common good, there is no society” indeed)…

In Ayn Rand's "Atlas Shrugged," John Galt was the reclusive billionaire who orchestrated the collapse of the US economy, society, government, in order to purge America of "collectivism," of any mushy-headed ideas about "the common good." pic.twitter.com/iHDHo8nydS


…and I think there’s a little too much “sensible centrist” in this video as opposed to “vinegar” a la Bernie Sanders, but I can only hope Conor Lamb knows PA-18 better than I do (special election is this Tuesday)… 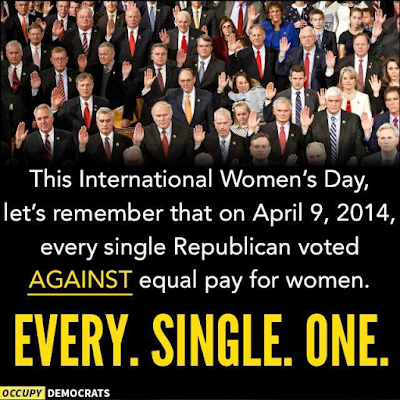 Posted by doomsy at 1:44 PM No comments: 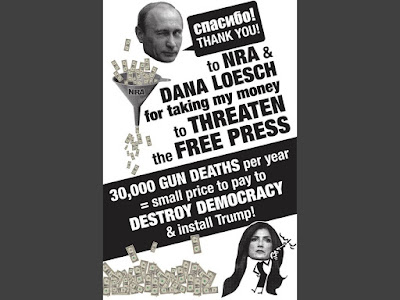 Based on this clip (in response to this), I would say that Parkland, FL shooting survivor Sarah Chadwick has no more you-know-whats to give – kudos to her and the rest of her brave classmates…

"To every spokeswoman with an hourglass who uses free speech to alter and undermine what our flag represents...Your Time is running out. The clock starts now."
-@sarahchad_ #MarchForOurLives pic.twitter.com/k29FB2vHPI


…and with the prior clip in mind, Thom Hartmann and Dean Obeidallah talk about the utter non-coverage by our media basically concerning the motivations behind this Nikolas Cruz life form, the (alleged) shooter at Marjory Stoneman Douglas High School…

…and of course the Trumpsters would scream “HOW DARE YOU!” if anyone including your humble narrator were to draw a line between Cruz and Number 45’s sheep-like followers, though I would argue that that’s a lot more substantial than the baseless garbage the “MAGA” crowd routines flings at anyone who doesn’t blindly support Dear Treasonous, Tiny-Handed Orange Leader – with that in mind, here’s a “This Day In Doomsy History” segment with an SNL clip from about 3/7/16 making justifiable fun of that as far as I’m concerned…

…and for anyone who still wonders just how clueless the campaign of HRC and the DNC were in 2016, I give you this discussion about the Christopher Steele/Fusion GPS stuff with Rachel Maddow and Jane Mayer of The New Yorker (yeah, “kind of amazing” that John Podesta and Robby Mook didn’t know also, though former FBI Director James Comey, for my money, is as big of a traitor as the rest of the Trumpsters for screaming “BUT HER EMAILS!!” while the REAL treachery didn’t get anywhere near the treatment it should have that year…and God Almighty, I DON’T GIVE A DAMN ABOUT SAM NUNBERG! HE’S A DIVERSION FROM ROGER STONE! WHEN ARE YOU MEDIA IDIOTS GOING TO FIGURE OUT THIS STUFF??!!)…

…and the weather gurus in these parts have been calling for heavy snow, and I think it’s about to get here (50th anniversary of this tune, by the way).

Posted by doomsy at 8:53 AM No comments: 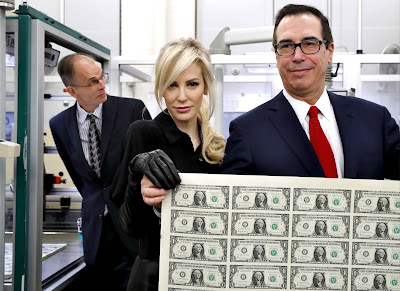 It looks like “Bond villain” Steve Mnuchin was interrupted by protesters when he recently spoke at UCLA - I side with Cenk and Ana here…let Mnuchin metaphorically hang himself with his own words, and THEN respond…but I think it tells you just how big a snowflake Mnuchin is that he doesn’t even want to allow video to be circulated in which he might actually appear to be unsympathetic…

…and Stephanie Ruhle tells us about reporting from the NYT about the Trumpsters spending $0 to investigate likely Russian interference (previously and ongoing) in our elections even though about $120 K was allocated for that (if it walks like a ducksi, talks like a duckski and quacks like a duckski…)…

…and speaking of $$, it looks like the Gropenfuhrer’s golf outings have cost U.S. taxpayers about $56 million, as Farron Cousins notes (and great job to add the needed context...Heaven forbid that our corporate media do that, huh?)…

…and if anything, in response to all of its thoroughly justified negative publicity, it looks like the NRA is actually getting crazier, as Stephanie Miller and Eric Boehlert tell us (and here is more proof, as if we needed it)…

…and in a related story, I watched this and recalled that famous quote from The Eternal Robin Williams, who once said “joke ‘em if they can’t take a f*ck” (I thought this was great)…

…and I’m glad STP managed to keep up their great sound with a new lead singer. 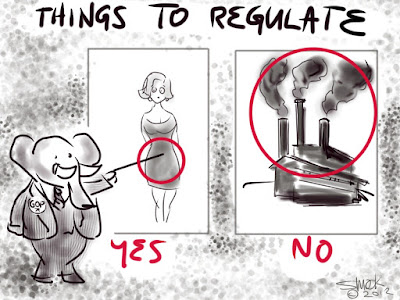 …and have a drink, Trumpsters – because of your hero and his latest idiocy, that will cost more too (no sympathy whatsoever for Coors, though, I hasten to add)…

Trump might have just caused the price of beer to go up pic.twitter.com/HM0NxKCLNw


…and I guess if we’re talking about beer, we might as well discuss pizza also; really happy to see Papa John’s get hammered in the court of public opinion once more (never an excuse for buying ANY franchise pizza, as David Pakman also points out)…

…and though this is typically alarming from the Gropenfuhrer, Kyle K., in response, is in very NSFW mode about US ships in the Black Sea, apparently (Kyle's almost apologetic about the Russia sanctions, and we definitely part company on that, but I agree with him on just about everything else)…

…and RIP David Ogden Stiers; of all of his MASH moments as Major Charles Winchester, this was probably my favorite…

Posted by doomsy at 8:03 AM No comments: