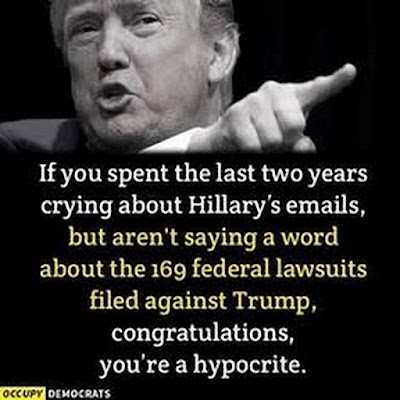 If nothing else, 2017 turned out to be a good year for these women in politics (we need many more – hate to say this, but collectively as a gender, men have blown it in this arena)…

These women politicians from around the world made their mark in 2017 pic.twitter.com/NNFoh4FkF2


…and “purge” the Justice Department? Like, in those movies? And alleging a “deep state” conspiracy? And $84 million in allegedly illegal campaign contributions to Hillary Clinton (here)? Damn, just how big of a wackadoodle is this Francis Rooney character anyway?

Fortunately, as noted here, it looks like Rooney has at least 2 declared Democratic Party challengers for next year (more here)…

WATCH: GOP Rep. Francis Rooney calls for 'purge' of FBI, accuses some in the agency of being a part of the 'deep state' pic.twitter.com/kkJTBPFeui


…and Sam Seder talks to Rooney’s fellow wingnut U.S. House Rep Kevin Brady, who typically tries to tell us fairy tales about the utterly ruinous tax bill passed by his party and signed into law by the Gropenfuhrer (more here)…

…and Cenk and Ana of TYT discuss former President Obama’s warning about getting too wrapped up in social media (yes, I've read a lot of the wingnutosphere sites and tried to unpackage their BS, but I'm sorry - I don't see an equivalency, though we lefties are hardly perfect; besides, the answer is independent, objective journalism, and Obama was my guy, but he wasn't innocent when it came to going after whistle blowers)...

…and I’ve recently recalled Chuck Berry and Butch Trucks/Gregg Allman in videos to recognize their passing this year, but as far as I’m concerned, the loss of Tom Petty was the most shocking of all…

…and since 2017 is almost done, I should wrap up my informal retrospective of sorts for the year 1967 (not sure if I want to do this next year or not), and I should probably end this with the granddaddy of a tune from the most popular recording of the year (and for years beyond that).

Posted by doomsy at 8:43 AM No comments: 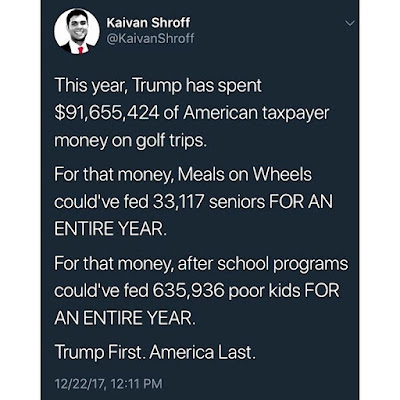 Boy, am I going to be laughing my ass off at our Tiny Handed Treasonous Orange Delusional Dictator while he's carted off to the gray bar hotel without a pot to piss in…

Trump is straight up mocking the American citizens who disagree with him pic.twitter.com/Lj1KIxIIwS


...and we should give thanks that people such as the Rev. Dr. William Barber are in our midst...

‘When you’re willing to push a reform that will hurt poor people, and hurt public schools, and hurt children, and health care, you are resisting, not listening to the voice of God.’ — Rev. Dr. William J Barber is calling out Republican congresspeople for their tax plan hypocrisy pic.twitter.com/PZtds6ae7E


…and kudos to everyone standing up in response to that terrible tax bill (now a law of course), including Sen. Elizabeth Warren and Ady Barkan…

GOP donors are popping champagne over the #GOPTaxScam tonight. It’s shameful – and people are right to be angry. To everyone who made their voices heard: Thank you. Stay in this fight – we need you. pic.twitter.com/IGI03EuZT6


...and returning to the Russia stuff, Joy Reid, sitting in for Rachel Maddow, tells us the history of our former ol’ buddy Vlad Putin’s antics in trying to re-assert his country's dominance, discussing with reporter Del Quentin Wilber of the Murdoch Street Journal (you can detect Reid trying to lure Wilber into talking about collaboration between the Russians and pro-Trump media and politicians, but Wilber didn’t go for it – not a criticism of anyone, just an observation…this presents more testimony to the fact that Louie Gohmert remains the stupidest life form in the entire universe; Robert Mueller has more integrity in his cuticle than Gohmert has in his entire body)…

...and I think it's hilarious sometimes when the truth actually sneaks out...

A newspaper accidentally printed this Walmart ad that says the retail giant screws people over pic.twitter.com/WHE4qbm5Qz


…and I’m trying to include some videos here from some particularly prominent musicians who left us during the prior year, and with that in mind, it should be noted that both Butch Trucks and Gregg Allman departed in 2017, so I think that calls for hearing this tune once more.

Posted by doomsy at 7:10 AM No comments: 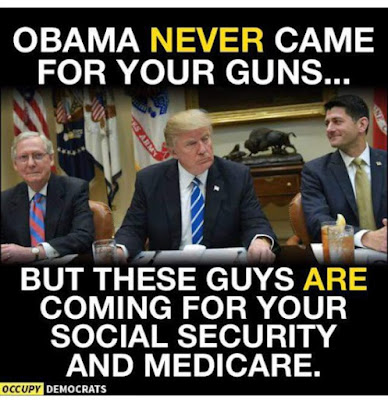 Looks like former Sixer Charles Barkley once again spoke truth on the GOP tax scam (and of course, leave it to the ESPN announcer to more or less laugh it off); following that, Joy Reid talks to former Reaganite Bruce Bartlett, who has definitely seen the light – he makes a good point that the Repugs are slobbering all over Generalissimo Trump because they don’t want an “ultra-right” primary opponent…paging Dean Malik vs. Bri-Fi on that one)…

…and speaking of guns, kudos to NY Gov Andrew Cuomo for this, as Kyle K. points out (I have issues with Cuomo on other matters, but I think he’s spot-on here when it comes to keeping guns out of the hands of domestic abusers…NSFW)…

…and with the prior clip in mind, I give you the latest installment of “This Day In Doomsy History” (more or less) from 12/26/13, in which unemployed workers got the shaft from congressional Republicans this time of the year; of course, now, it’s them and damn near everybody else (here and here)…

…and gosh, it looks like Preznit Tiny Handed Orange Treasonous Egomaniac may have a melt down over the invitation his predecessor will likely receive to next spring’s royal wedding in the UK – pass the popcorn…

The UK is worried Trump will throw a temper tantrum if Obama is invited to the Royal Wedding and he isn't pic.twitter.com/wJmtvwb3cy


…and I’m not 100 percent sure of how I’m going to finish up the year when it comes to video selections, but I should remind us that, among other notables, we lost Chuck Berry this year – I didn’t get to this video when I featured others by Berry in a tribute, so please allow me to do so now. 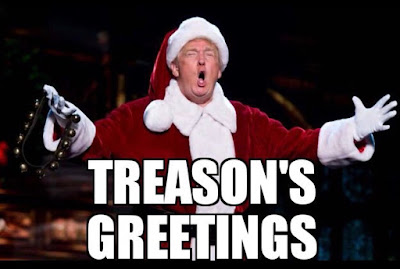 “Mueller Baby” is the impeachment carol we’ve been waiting for pic.twitter.com/KwQAFHhFjn


…and here is some welcome news as the year winds down…


…and yeah, Heaven forbid that anyone note that Special Counsel Robert Mueller is a Republican, huh (NSFW)…

…oh, and it looks like Preznit Tiny-Handed Orange Egomaniac is apologizing for the way he has acted…well, then again, maybe not…

…and I can’t conclude the seasonal selections without this number also.

Posted by doomsy at 9:02 AM No comments: 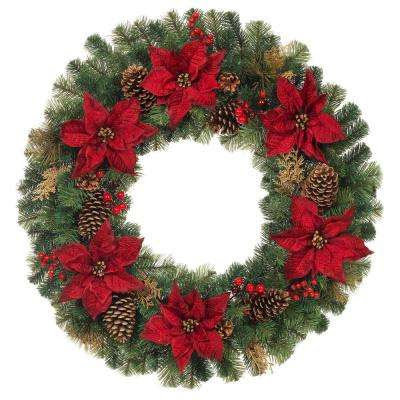 Merry Christmas to one and all; here are some closing seasonal tunes beginning with a number from 1967.

Posted by doomsy at 6:43 AM No comments: 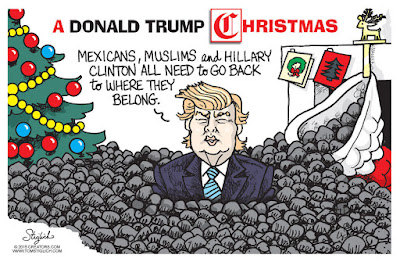 Seth Meyers tells us of the utterly disgusting, servile compliance by the “party of Lincoln” to Generalissimo Trump, who continues to behave exactly as he did during the campaign (no, actually, I take that back – if anything, he’s worse)…

…and I think it’s absolutely hilarious that Tennessee Republicans are actually using sunshine laws as a supposed rationale to fight the removal of Confederate statues (but a typically stupid tactic all the same, I realize)…

Two Confederate statues were removed from public parks in Memphis—now Republicans are calling for an investigation into the decision pic.twitter.com/6yXuXtArKr


…and we’re winding down with the holiday selections – here are 4 more.