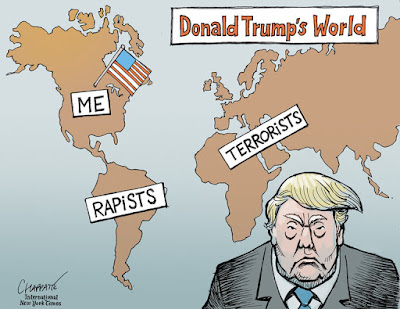 …and what does it tell you about how far the prestige of this country has fallen already under President Tiny-Handed Egomaniac that the mention of a quote from Number 45 elicits chortles of laughter (and over this too)?...

...and "Spicey" blaming Obama for Mike Flynn is almost too precious for words (Obama fired Flynn, by the way – keep that in mind as you watch this nonsense...more here)…

This is new—Spicer seems to be blaming the Obama administration for renewing Flynn’s security clearance. But Trump still hired Flynn as NSA. pic.twitter.com/gK6mPyOhdH

…and K.O. reminds us of the accomplishments of President Fergus Laing in his first 100 days – a whole bunch of nuthin’, at least for those poor saps who helped to get him elected…

…and it seems like the very mention of the name Mike Flynn is enough to make Repugs scatter, and the latest one is U.S. House Rep Jason “OMIGOD Suddenly I Have A Chronic, Ongoing Foot Issue That Forces Me To Step Down Even Though I Apparently Don’t Even Have Crutches” Chaffetz…

...and this tells us that a Confederate monument was removed from New Orleans – white guy has a freakout (NSFW – and by the way, Dave Rubin is apparently a lapsed Democrat or liberal, or something, who has now apparently gone over to the “dark side”...best of luck to Sam Seder and the Majority Report on their fundraising)...

(Oh, and by the way, I realize nobody gives a damn about my “hot takes,” and that’s fine – I’m not sure if I do, to tell you the truth – but here is what I think about this story; a certain Barack H. Obama is no longer president of the United States, so he should be able to earn anything and however much he wants.

And I’m probably being inconsistent here, because I may have objected to monies Dubya, for one, earned upon leaving office. I apologize for that, though I will say that my objection was based on anything he did while trying to burnish some imaginary “cred” at the expense of the military he wrecked with his war of choice in Iraq and not so much over the amount that he was paid. In shorter words, if he had made money pitching coloring books, for example, I wouldn’t have had an objection.)

…and I have to admit that I had a hard time with making a musical selection today between two choices that I thought were pretty good, so I said the hell with it – here are both of them:

First, happy belated 75th birthday to the one-and-only “Babs”…Eric Cartman jokes and all, somebody with more “balls” than most men when it comes to being a loyal Democrat…

…and here’s another more current selection – a little twangy (word?), but a nice little rockin’ tune for the weekend.

Posted by doomsy at 6:17 PM No comments: 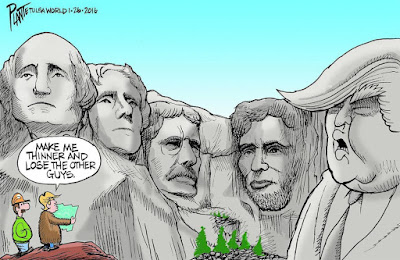 Gee, what’s today’s fresh new outrage from Generalissimo Trump? Why, he wants to ruin our national monuments, of course...

President Trump has a new target in his crosshairs: America's national monuments pic.twitter.com/YkmDLcT7Ok


…and oh yeah, buh-bye to Net Neutrality also (still proud of yourselves, anyone who had anything whatsoever to do with installing this dangerous clown in An Oval Office? Gosh, Hillz was SO CORRUPTED BY BIG MONEY and would have been SOOO MUCH WORSE, RIGHT??!!)…

…and yeah, didn’t the Nazis literally make judges knuckle under to them too? And no, when it comes to the “Trumpsters,” I don’t think this is an exaggeration…

…and this is a few days after the news cycle I’ll admit (re, Bill Maher on Mars), but I think it bears repeating (NSFW – love the Budweiser remark in particular, and that great Eagles tune too)…

Colorado just passed a bill that essentially tells the federal government to back off its weed pic.twitter.com/rX5I0058tO


…and here is a bit more of a contemporary selection that I thought was pretty cool.

Posted by doomsy at 3:53 PM No comments: 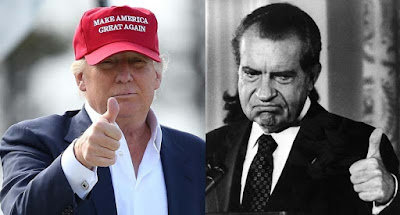 Nope, never a good thing when you’re prez and Tricky Dick is invoked, and you haven’t even been on the job for 100 days, is it?...

…and Generalissimo Trump sure did a 180-degree turn, so to speak, on executive orders, didn’t he…

President Trump used to blast Obama for his executive orders.

But now that his #100days are coming to an end, he's totally changed his tune pic.twitter.com/l474OIFvLR

‘Clean air. A habitable planet. These are not luxuries. These are necessities.’ —
here’s why NY's @AGSchneiderman is suing President Trump pic.twitter.com/LBCDDrdSft

…and what the hell – I know he’s gone from his 8:00 PM EST perch on Fix Noise, but I think Billo deserves another shot (and of course, the Formerly Roger Ailes BS Factory is keeping up the tradition as you might expect – NSFW)…

…and I also know I’ve lapsed into “moldy oldie” territory with my video selections and I need to make them more current, but I have to get this one in also particularly since it came from this film, which celebrates its 50th anniversary this year, believe it or not (“just one word – plastics”). 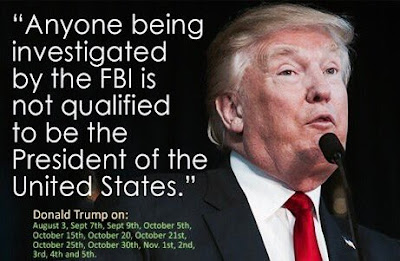 Rachel Maddow talks with Matt Apuzzo of the New York Times about the latter’s reporting on FBI Director James Comey (ZOMG! HILLZ EMAILS!!! But the "Gropenfuhrer" and ties to Russia during the campaign? Whatev...)…

...and yeah, Preznit Fergus Laing sure is "nuckin futz," isn't he? (even though we already knew that of course)...

President Trump promised A LOT for his first 100 days – and he accomplished none of it pic.twitter.com/RBA4dcP0pV


...and Seth Meyers tells us about Generalissimo Trump's first 100 days (praying for it to be his LAST, of course, with no implied threat of violence, I hasten to add, only the governmental or legal process of removal)...

…and I admit that I never thought that bringing economic pressure to bear against President Tiny-Handed Egomaniac could somehow force him out of the White House (as K.O. posits), but if it took down Billo…

…and Thom Hartmann opines on pop-up nuisances – boy, is he right (and a GREAT discussion of what actually constitutes news, given Jimmy Wales’s recent initiative to create a crowd-funded news site…and to be honest, I don’t know if I would chip in for it or not…and once again, not to pat myself on the back or anything, but I’ve read PLENTY from right-wing web sites, enough to know how provably wrong they usually are)… 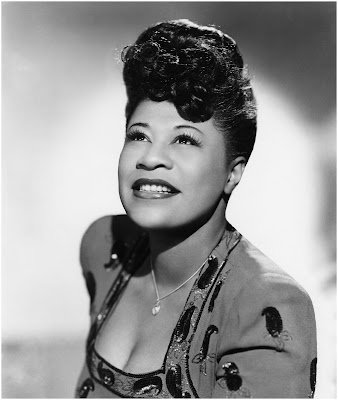 …and today marks what would have been the 100th birthday of legendary jazz singer Ella Fitzgerald.

Posted by doomsy at 7:38 PM No comments: 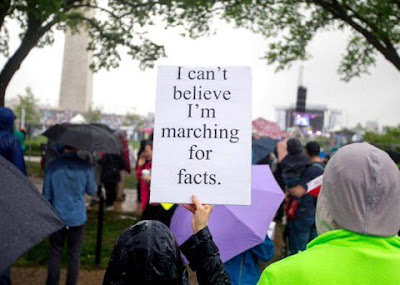 I can do without his newfound affection for GMOs, but otherwise, kudos to Bill Nye for his speech at the science rally in D.C. on Saturday, which also produced the sign above (and again, what does it tell you about this country that we even need to have something like that - more here, here, here and here)…

‘Our lawmakers must know and accept that science serves every one of us’ – Bill Nye just gave a 🔥 speech about science pic.twitter.com/M7HrQRcmZL


…and Sam Seder tells us that Mandy Patinkin says that “Homeland” will be a little more Muslim-aware, or something (don’t watch the show), and the Foxies lost their sh*t in response; of course, a “PC agenda” is ALWAYS the culprit as far as they’re concerned – and when it comes to starting a fire based on somebody’s (at least, perceived) religion, I give you this…

…and Thom Hartmann tells us how Dow Chemical is trying to ruin our health as well as our kids (and again, these cretins contributed to Fergus Laing’s inaugural, featuring a lot of “dark money” that we’ll never be able to trace, so this is just ROI as far as they’re concerned)…

…and first, Generalissimo Trump’s “immunity gnome” of an AG attacks Hawaii (which is, after all, our 50th state)…


…and not satisfied with that, Sessions then attacks NYC and its police force (just say “oops” and get our, Jeffy)…

…and RIP Sylvia Moy, the legendary Motown songwriter and producer who helped to bring us this tune among others.

Posted by doomsy at 6:39 PM No comments: