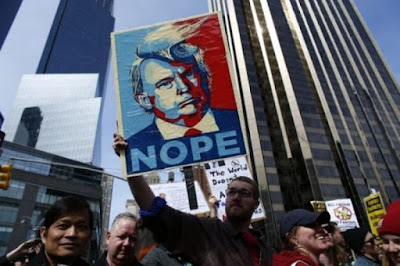 ...and yes, keep hitting the “Gropenfuhrer” where it hurts, but just remember one thing; when it comes to Number 45, we’re not talking about a sane, rational individual (I'm probably the only person in the country who hasn't seen the Melissa McCarthy bit yet; again, not saying don’t ridicule him, but just don’t be too shocked if he goes off his nut and tries to lob a missile somewhere, in which case impeachment should be automatic…love to be wrong - after this, Alec Baldwin MUST do Trump in drag!)…

...and nice work by the people of Romania here (re, protests...and nice to tie it to DAPL and Net Neutrality - a few days old; sorry)...

...and here's an upbeat little tune (tongue-in-cheek), maybe a little early for Halloween, but here it is anyway.

Posted by doomsy at 8:01 AM No comments: 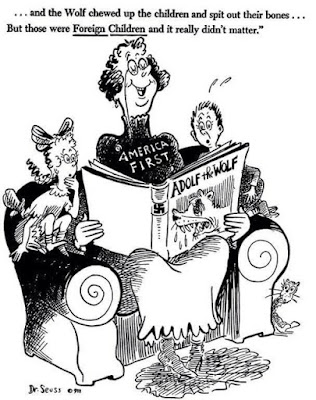 I thought Stephen Colbert had a nice take here on the little dustup between the "Trumpsters" and Nordstrom's (and can someone remind me again how all of this is supposed to be legal - here)...

...and Rachel Maddow brings us the latest PPP results on Fergus Laing (boy, are Trump supporters stoo-pid! Not a headline at this point, though, I know...and in a related story as they say, Mark Sumner makes a great point here)...

…and the “Gropenfuhrer” is so bad that he’s also affecting non-human life forms, as K.O. points out…

…and our bridges are crumbling and our infrastructure overall is a mess, we still need funding for pre-K and early childhood education, we need to retool our beloved commonwealth to a renewable energy economy…but instead, this is the nonsense those numbskulls in Harrisburg are preoccupying themselves with (as always, it’s “jobs, jobs, jobs” for Not Your Father’s Republican Party – an update is here)…

…and I guess you could say that Repug South Carolina Senator Huckleberry Graham is “showing a little leg” again in his ultra-sexist remarks about Dem U.S. Senator Elizabeth Warren of MA, as Sam Seder tells us (more here)…

…and I’m pretty sure today is the 80th birthday of legendary singer Roberta Flack, even though that seems to be contested a bit at some places online – anyway, that gives me an excuse for this great song.

Posted by doomsy at 3:36 PM No comments: 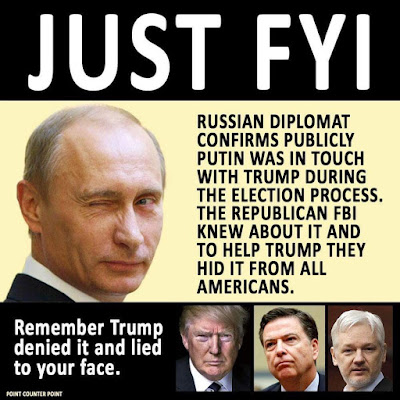 K.O. tells us about the travesties committed in our name, particularly against kids, by Generalissimo Trump…

…and I give you another installment of “This Day In Doomsy History” from 2/9/10, which marks the 67th anniversary of Sen. Joseph R. McCarthy’s speech alleging that more than 200 employees of the U.S. State Department were members of the Communist Party; to note the 60th anniversary, I included the following clip from “Good Night And Good Luck” with David Strathairn channeling Edward R. Murrow; the comments were aimed right at McCarthy, but they can just as easily be directed at Number 45 right now…

…and “Napoleon Bona-Trump”…good one (here)…

…and Rachel Maddow reminds us that, when it comes to the Repugs and racism, it’s a feature, not a bug (recalling in particular the ’00 campaign in South Carolina – great job of connecting the dots between The Sainted Ronnie R, Former Commander Codpiece, Jeff Sessions, Chuck Cooper, etc. – the last two minutes of this should be viewed by every American)…

Update: Some justice, you might say (here - h/t Rachel Maddow)...

…which, if nothing else, is the perfect transition to this song. 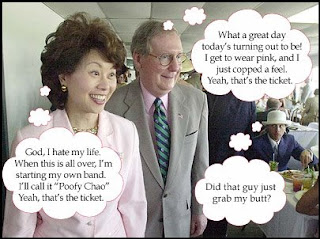 …and Thom Hartmann talks about a terror trial ignored by President Tiny Hands because the accused perpetrator isn’t a dark-skinned person (and yeah, that’s about par for the proverbial course for “clownhall.com” – one of the many reasons why I don’t read that nonsense anymore; and yeah, spooky to compare the Trumpian garbage with the propaganda from the goose-stepping former Austrian painter)…

…and here’s a tune for Sen. Elizabeth Warren.

Update 1: The fight most certainly will go on (here), and nice work here.

Update 2: Oh, and by the way, I have an observation – yes, it’s great to see “The Resistance” to Trump and his kleptocratic cabal of criminals and lunatics, but I’d like to ask a question:

WHERE THE HELL WAS ALL OF THIS DAMN OUTRAGE LAST YEAR WHEN IT ACTUALLY COULD HAVE MATTERED AND WE COULD HAVE DONE SOMETHING ABOUT THESE LIFE FORMS WHO DO NOTHING BUT STEAL FROM US AND WHO NOW CURRENTLY HOLD POWER???!!!

“Ooh, Hillary Clinton was too much of a Democratic insider and Beltway centrist and too cozy with Wall Street for me to support her” (yeah, she was that all right, but look what we ended up with). “You know, Jill Stein is actually an intriguing candidate” (umm…tell me when the mother ship actually lands, OK?). “And gosh, Donald Trump sounds more like a populist than a Republican” (check for a pulse).

Every election matters. EVERY STINKING ONE!! It sure as hell matters to Republicans who work so tirelessly to suppress the vote (do you honestly think they win on the strength of their ideas, more often than not?). And it should matter just as much to us who fight for that vote an inch at a time if necessary.
Posted by doomsy at 2:46 PM No comments: 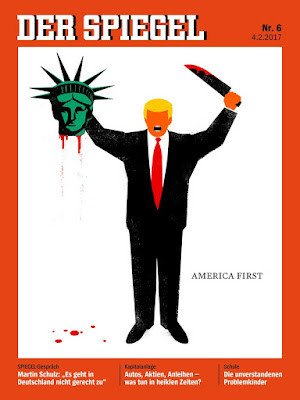 K.O. tells us about the 50 stupidest and/or possibly illegal antics from Generalissimo Trump…

...and if I ever have a home improvement project, I'll think about getting what I need from 84 Lumber after this (though this is an interesting postscript; maybe I won't be so quick to buy there after all)...

…and when even our corporate media is wising up, then you know that Fergus Laing and his con are truly wearing thin (here - but I’m shocked! Didn’t “Third-Eye-Network” head Les Moonves once tell us infamously how great Trump was for ratings?)…

…and you know what? I saw both this clip and Kyle K. talking about Fergus Laing’s obligatory Super Bowl interview with Bill Orally, and yes, I understand what I know is the “knee jerk” response to criticizing Number 45 over his remark about us supposedly not being innocent, and how the commentator here as well as Kyle are criticizing that knee-jerk response.

And yes, we need a debate for real about drones, as well as “extraordinary rendition” and “enhanced interrogation techniques” and killing enemy combatants including kids…all of that, from both sides of the aisle (of course, that assumes we have a U.S. Congress made up of actual adults discussing policy without behaving like partisan, petulant children...and that comment is aimed mainly at the "party of Lincoln" of course). 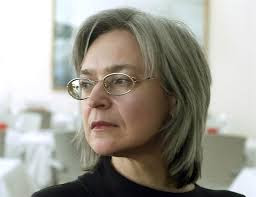 And I would also ask about the last time our government murdered a journalist in the dark stairwell of the run-down apartment where she lived, doing so on the birthday of the person who benefitted from that execution the most (here).

(Oh, and one more thing – in both Kyle’s clips and this one, everyone was so busy creating a somewhat-justified Democratic Party equivalency that they let President Tiny Hands Impulse Control Egomaniac get away with the lie that he told once more about always opposing the Iraq war.)…

…and it looks like “Sponge Bob Square Pants” might end up working in the FDA under the “Gropenfuhrer” based on this (“seasteading”??)…

…and in light of this thoroughly depressing but totally predictable development, I just felt like hearing this song (once more, heckuva job, all you idiots who voted for “No Corporate Tax” Pat Toomey, “Bri-Fi,” and everyone else from the Trump Party, including the Big Orange Cheetoh himself). 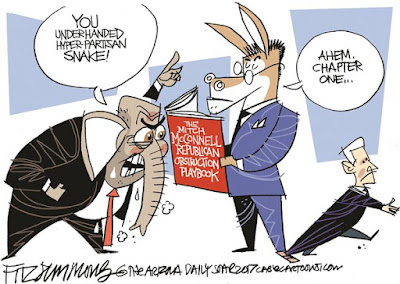 (I also posted here - also, the cartoon may be hard to read; the title of the book in red says "Mitch McConnell Partisan Obstruction Playbook"...good one).

Rachel Maddow tells us about one of the crackpot courses of treatment that Trumpian Education Secretary Nominee Betsy DeVos invested in and makes a lot of $$$ from (by the way, I’ve called “No Corporate Tax” Pat Toomey’s office repeatedly to tell him to vote No but his voice mailbox is full – how con-vee-nient – and of course, I didn’t hear any complaints from Richard Burr when the Teahadists were launching their “grass roots” attacks against the Affordable Care Law, of course - and I’m pretty sure the segment she led into next had to do with this)…

…and yeah, I’d say that this is the kick in the teeth that somebody deserves (here)…

…and apparently, this Jen Sloot person doesn’t know how to spell “controversial” either (and “Obamacare wasn’t perfect on day one either..???” At least IT WAS SOMETHING THAT ACTUALLY EXISTED, unlike the supposedly wonderful replacement plan the Repugs are allegedly concocting.)

And she’s HAPPY that the Gropenfuhrer is tweeting about utterly inconsequential BS at 3 and 4 in the morning? Well then, let me ask her a question; how well do you think Number 45 can actually function during the day when he’s barely had a decent night’s sleep, especially if he’s doing this stuff on a regular basis?

Besides, did it occur to any of these people to contact an exchange and find out if they qualified for any kind of a credit?

…and I don’t know if this qualifies as a “message” song or not, but I like it, so here it is.

Posted by doomsy at 9:56 AM No comments: