I’m personally pissed that Willard Mitt and Mr.-Puppy-Dog-Eyes-With-The-Shiv are going to be in my “hood” tomorrow – if I can manage to come up with a creative and appropriate response, I’ll let you know – in the meantime, it looks like Mr. Burns has made up his mind :-)…

...and here’s a reminder about the Repug presidential nominee...

...oh, and here’s another instance of Mikey The Beloved fluffing his precious “job creators,” or, as he puts it, people who know how to sign the front of a paycheck instead of the back of one, or something – I guess supposedly clever remarks like this one are another reason why he couldn’t even secure the endorsement of his own PR machine (if you can help Kathy Boockvar, please click here)...

…also, don’t forget to set your clocks back an hour.

Cenk Uygur pointed out that tax cuts for the rich don’t work (which we knew), but we now have the proof (so of course the Repugs are trying to quash the findings)…

…and for no particular reason, I give you this (and let’s hope for a rain-free next few days, at least – if anyone out there still needs help recovering from Sandy, or if you’re able to assist, please click here).

Posted by doomsy at 9:51 PM No comments:

Sixty years ago today, the first hydrogen bomb test was conducted on Eniwetok atoll in the Pacific – this clip from the documentary “The Atomic Café” provides some context from that period…

…and going from one “bomb” to another (and I don’t mean that in a good way), I give you this (and to help, click here)…

…and Lawrence O’Donnell tells us how Willard Mitt milked Hurricane Sandy to get face time in the midst of a genuine crisis – no depths to which Romney won’t sink (here, and let's not forget this too)…


…and happy birthday to Anthony Kiedis of the Red Hot Chili Peppers, who I also mentioned here (though I must say that we’ve had enough of the rain for awhile).

…and it looks like “Governor Bully” went off-script again here, though, to be fair, I honestly don’t believe that he cares about a “script” at the moment; kudos to him…

Update: On further review, as they say, let me add the following: yes, give Christie credit for stepping up during a crisis, but let’s face it, this is part of his job. And the bar on this stuff is set pretty low for Repug governors to begin with.

…and it looks like “weather vane” Willard Mitt “shook that Etch-a-Sketch” again, or something, based on this (and no, I’m not trying to imply that the wreckage left by Sandy is worse than any other natural disaster that has struck our country recently because it happened here as opposed to elsewhere)…

…and here’s something a little “goth” for the occasion (only two days left to put up this video, so here it is).

Posted by doomsy at 9:36 AM No comments:

…and here’s a tune to listen to while the power flickers.


…oh, and by the way, get a load of the pro-Romney campaign signs featured in the hardcopy version of this New York Times story (I guess no one had enough paint to make the “Obama Bad” and “Obama Lying” signs also)… 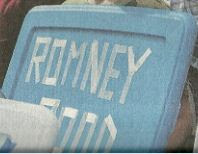 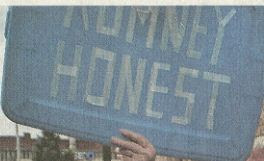 Update 1: Oh yeah, I forgot to add this (I think Digby was first with this item)...

Update 2: By the way, I seriously hope that the Bucks County Courier Times isn’t expecting some plaudits or something for choosing not to officially endorse Mikey The Beloved for another term in Congress because they’re upset over that sleazy ad attacking Kathy Boockvar for her husband representing some of Mumia Abu-Jamal’s sympathizers (which, the last I checked, was perfectly legal according to the Constitution), the ad that Fitzpatrick said was “troubling” concerning Boockvar ( - never mind, here it is).

Because, you see, in the process of saying “well, both Fitzpatrick and Boockvar are good candidates, and voters would be fine either way,” the paper helped to reinforce the “moderate Mikey” mythology that has helped to maintain Fitzpatrick’s career in public life long after it should have ended (with the editorial board of the paper obviously ignoring the information presented here). The paper also ignored the fact that Fitzpatrick (or his supporters anyway) pull this crap every time Fitzpatrick runs for office, as noted here.

Considering all of this, here is a reminder to anyone out there who may have forgotten what a thoroughly unrepentant weasel Mikey truly is (and to help Kathy Boockvar, please click here...and a hat tip to Mrs. Doomsy for pointing out what the Courier Times said, since I‘m sorry to say that I missed it – yes, it does happen)...

…and here is an extended weather forecast.