Happy belated 75th birthday to actor and peace activist (and former Marine) Mike Farrell; I part company with him on Mumia, but I applaud him on everything else; the stuff with the late Gore Vidal at the end is good also…

…and I thought this was a well-done video on how the USDA plans to try and manage climate change (kind of humdrum stuff in a way I’ll admit, not helped by some of the speakers, but still important)…

…and leave it to the wretched Kochs with their stinking blood money to outspend the universe in pursuit of a completely red U.S. government, not just the Senate (and somehow, Hangin’ Judge JR and the rest of the The Supremes who voted in favor of Citizens United manage to sleep at night - good point by Karen Finney about how the Dems stupidly turned away from Dr. Dean and the 50-state strategy)…

…and once more, it needs to be pointed out that, when it’s time for serious commentary on the Affordable Care Law, then it’s time for Jon Stewart (yep, Bulls#@t Mountain just had another eruption, for sure...more here)…

…and speaking of comedy, we know that Dana Milbank is a well-kept member of the Beltway media-political-industrial complex, but he noted in a column from here recently that Falafel Man interrupted President Obama 42 times during the recent Super Bowl interview; if Keith Olbermann ever gets the opportunity to interview George W. Bush one day, I guarantee you that that will not happen – I offer the following in response (NSFW - love the stuff with the jacket)…

…and I know, 50 years ago, those lovable mop-tops from Liverpool staged a musical invasion of our country, noted here (as is often the case, the real story is much more complex and interesting)…yeah yeah yeah :-).

Posted by doomsy at 9:39 PM No comments:

I think this provides some badly needed context on the whole “ZOMG OBAMACARE IS GOING TO KILL 2 MILLION JOBS!!!” wingnut idiocy, with more typical lies from that supposedly fine Christian Republican from Wisconsin in charge of the House Budget Committee…

…and I have to admit a bit of “Christie and the GWB” fatigue, but fortunately Rachel Maddow, along with Steve Kornacki and others, find ways to keep breathing life into it (glad the Feds are now looking at potential, and quite probably actual, patronage in the way funds for Hurricane Sandy were doled out too – the revelations about David Wildstein’s “make work” job along with the stuff about Christie supposedly telling O’Dowd and McKenna to take a look at the Port Authority on this are also newsworthy)…

…and gee, it looks like the cat was let out of the proverbial bag here on those who attended the recent Koch Brothers soiree… 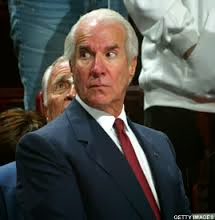 …including the son and daughter of this guy (remember this the next time you pay your Comcast bill or decide to give a second thought to the orange-and-black, to say nothing of forking over any dough – as a reminder, this tells what the pals of Ed and his family are all about…I think this starts a play list)…

Posted by doomsy at 9:00 PM No comments:

I don’t know if this ad aired during the Super Bowl or not, but it’s still pretty good (yep, I’ve been on the proverbial fence on this one, but maybe it’s time to do the right thing – and by the way, after reading this, I’m glad Seattle won)… 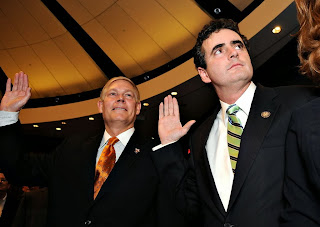 …and Repug U.S. House Rep Pete Sessions (pictured with Mikey the Beloved during the fake “swearing in” three years ago) thinks it’s “immoral” to extend benefits for unemployed people here – let’s allow him to find out what it’s like to be out of work after election day in November (makes me recall this clip)…

Update 2/5/14: And by the way, here is a question for Sessions and the rest of his foul ilk.

…and today is the 40th anniversary of the kidnapping of newspaper heiress Patty Hearst by the Symbionese Liberation Army, which yielded the iconic photo from here – tried to think of a song making reference to her for the occasion, and this is the best I could do (an evergreen great tune, IMHO).

(By the way, here are my responses to some news stories that other people seem to care about: 1) I have zero interest in President Obama’s interview with Billo the Clown – I have no idea if there were any “gotchas,” and I don’t care; 2) I don’t know if Woody Allen is guilty of the allegations made by Dylan Farrow or not – the statute of limitations has apparently expired…I’m just sorry for all concerned – I think Woody Allen, like many great artists, is extremely talented at what he does, though he may be at heart a true mess of a human being; 3) Apparently Governor Bully went on radio station 101.5 in New Jersey, which is favorable ground for conservatives anyway, and pled innocence again on the GW bridge thing…Christie deserves the benefit of the doubt until he’s proven to be wrong, which I’m convinced we’ll see eventually – and then, at that point, it will be up to him to retire from public life once and for all – however, assuming he’s telling the truth, what does that tell us of his competence as an administrator and manager of his own inner circle, which is a requirement that’s really high on the list of job duties for someone aspiring to be the President of the United States? Oh, and by the way...)…

OK, now that that’s out of the way…

…to anyone who doesn’t like this ad from the Super Bowl, I’d like to offer the following quote from Richard Pryor; have a Coke and a smile and STFU (here)…

…and in response, I give you the following from Elon James White…

…and I know some of the language about addiction here from Chris Hayes is a bit unsettling given the awful Philip Seymour Hoffman story, but I think it’s spot-on (and as far as a response goes, I give you this)…

…and here’s an upbeat number that the kids seem to like to help us slog through yet more snow.

Posted by doomsy at 6:55 PM No comments:

Let’s not forget that, later this week, we’ll observe what would have been the 103rd birthday of The Sainted Ronnie R – he started out as something pretty close to a progressive Dem right after WWII believe it or not, but we know how he ended up of course (here)…

…also Maximilian Schell, who was also a noted filmmaker, among his other accomplishments…

…and I think this tune fits this sort-of theme, mining truth from illusion and all that.

Posted by doomsy at 8:10 PM No comments: