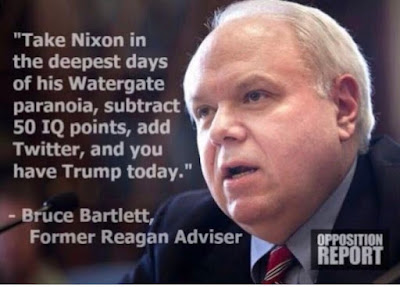 Brian Tyler Cohen tells us about Lawrence O’Donnell’s clip on the pic of Nancy Pelosi telling Generalissimo Trump to take his highchair and go sit in the corner – even with all of this that we’ve seen and likely will see, there are times when I still can’t believe that all of this is actually going on…

…and Michael Brooks tells us about the infantile letter that Mango Mussolini wrote to Erdogan of Turkey (mildly NSFW)...

…and I’m not totally sold of the legitimacy of the whole “Republicans for the Rule of Law” thing, but I have to admit that this is a pretty good ad about our Orange Pestilence…

…and Pap and Farron Cousins talk about the Repugs packing the courts with corporate judges (Cousins is absolutely right to lay this at the feet of Sen. Mr. Elaine Chao and The Federalist Society and Leonard Leo, as opposed to President Fergus Laing…and no, I don’t think the Democrats totally understand this issue either, unfortunately)… 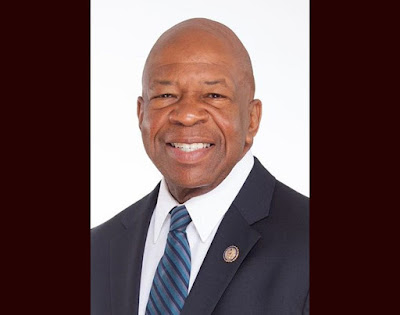 …and, in a way, I feel like I have to apologize a bit for starting this off with you-know-who instead of paying tribute to the giant who has recently left our midst, and that would be Dem U.S. House Rep Elijah Cummings of Maryland, but I definitely would like to do so now (nice remembrance here by Cenk, Ana, and David Dayen of TYT...more here)…

…and I thought this was a pretty good clip by Robert Reich and Inequality Media about why the 2020 election represents another “break the glass” moment, and why we need to do that the RIGHT way this time…

…and I now give you the latest installment of “This Day In Doomsy History” (more or less) from 10/19/12, in which Chris Matthews, plugging his book of course, talks about JFK and the Cuban Missile Crisis, which we were in the middle of 57 years ago, offering a lesson in presidential leadership that is not to be found anywhere at the moment (and let's not ever forget about this guy also)...all the best to Matthews in his recovery from prostate surgery (here) - clip is from Bill Maher back when he still mattered, and kudos to Matthews for telling Andrew Sullivan to shut up, a guy who is utterly beyond useless and does nothing but try to troll Dems and progressives and usually fails miserably…

...and happy upcoming birthday to Karl Wallinger of World Party.

And with that, I'll take my leave for a little while - I'll plan to fire this all up again in about a week.
Posted by doomsy at 11:35 AM No comments: 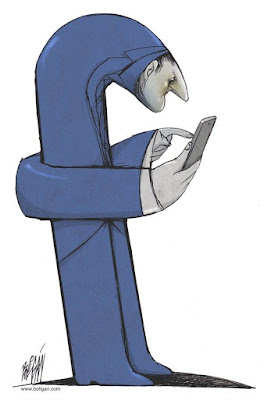 (By the way, I’m the wrong person to go to for any kind of a “take” on the Democratic debate last night partly because I didn’t expect that they would have anything to say – or at least not much – about any of the issues that truly mattered to me, so I didn’t watch, though apparently Biden said he had something to do with the CFPB that Elizabeth Warren founded, which to me is hilarious…it’s all about the media “gotcha” BS – should have Bernie, Warren, Harris, and I guess, yeah, you have to include Biden, and everyone else should go get lost.)

It looks like Mark Zuckerberg of Facebook has been making nice with the wingnuts despite (or maybe because of) their typical work-the-ref caterwauling about media bias, as Farron Cousins explains…kind of figures given that Facebook started as a site to hate on girls at Harvard who shot down Zuck and his friends when they wanted to date them…

…and Sam Seder and The Majority Report tell us about Chris Hayes discussing Ronan Farrow’s reporting on Harvey Weinstein, as well as the imbroglio with the NBA and the Chinese government – yes, the “path of least resistance” is far more treacherous than you might believe…I give Hayes credit for making a careful and thinly veiled criticism of his employer…

…and John I. tells us more about Ronan Farrow’s “catch and kill” allegations, practiced by The National Enquirer on behalf of the Gropenfuhrer to destroy stories that could, let’s say, pose a problem or two (hmmm – “journalistic integrity”…have to Google it to find out I guess for TNE…at least 10 different stories, huh?)…

…and I know I’m a little behind the curve on this, but Rachel Maddow tells us how Our Orange Nightmare recently awarded the Presidential Medal of Freedom to longtime Reagan counselor Ed Meese, as noted here (great synopsis on how wretched Meese truly was, and regarding Iran Contra, she’s referring to the Boland Amendment which the Reagan gang thumbed their collective nose at, as it were – so much wrong with Meese that I’m not sure it can be cataloged here, but in addition to what Maddow cites, Meese was also instrumental in the Pacific Legal Foundation, and he also made some typically pig-headed comments about hunger in America in 1983 as noted here…I guess I should present a Maddow clip if for no other reason than to reply to the snark at the end of the Seder clip)…

…and I’ve had some issues with Jim Wallis in the past, and I realize he can’t come right out and make a political endorsement, but he’s right on the money otherwise as far as I’m concerned (kind of repugnant to me that someone with a turned-around collar was in An Oval Office during the Meese ceremony – my church has much to make amends for as far as I’m concerned)…

…and it looks like Todd was nominated for the Rock N’ Roll Hall of Fame for a second time (here) – should be a slam-dunk, as it were.

Posted by doomsy at 2:59 PM No comments: 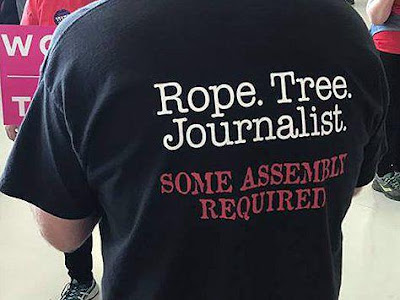 I honestly went back and forth on whether or not I should include this video. On the one hand, I thought it would be wrong to indulge in the nihilist wishes of whoever the sick coward(s) is (are) who concocted this monstrosity. On the other hand, though, since, as far as I’m concerned, it was made with (at a minimum) the de factor endorsement of the President of the United States, that makes it something we should take seriously.

So here it is – this is what we are forced to discuss today (and yeah, it’s every bit as disgusting as it was described…and I really hope that anyone having anything to do with Lynyrd Skynyrd decries this also…I don’t think taking legal action is uncalled for either – more here)…

…and don’t anyone dare tell that it’s just a coincidence...

…and speaking of the press, Brian Tyler Cohen tells us about Chuck Todd’s commendable recent decision not to give air time to our Cowardly Treasonous Liar In Chief…

…oh, and let’s also not lose sight of the fact that the Gropenfuhrer has now been accused of (at a minimum, again) inappropriate sexual conduct by 43 different women (and yeah, nothing but roaring silence from this guy in response)…

…and I know I really need to change the subject or else I’m going to vomit in response to all of this, so allow me to point out that today is the 25th anniversary of the debut of Pulp Fiction, which of course cemented Quentin Tarantino as an acclaimed filmmaker and included this tune on its soundtrack.