...and here's some timely music for and from the DFHs, even if they did chop off the ending.

Yours truly was busy with non-blogging stuff today, hence no posts. However, this is the link to last week's Area Votes in Congress (Senate only - really not much to comment about).

Also, Mikey The Beloved's stenography service provided a link to his let-me-hide-so-I-don't-have-to-face-any-cameras-or-actual-constituents "town hall" here. It can be summarized as follows...

You get the idea.

...and now turning to the videos, I think I'll just cheat by grabbing a few from Crooks and Liars, including this one in which Ezra Klein had a good idea...

...and at least Moon Unit Bachmann is honest enough to say what her fellow Repugs are thinking (here - and by the way, she got her "law degree" from the O. W. Coburn School at Oral Roberts U, which became Regent University, where 60 percent of the Bushco DOJ flunkies came from)...

...and here's a jaunty little number to commemorate this story.

Posted by doomsy at 8:34 PM No comments:

I wish I had a nickel for every post I've written (along with a lot of other people, I know) pointing out that Social Security doesn't have a damn thing to do with the deficit, and I also recall that part of the point of health care reform was to make Medicare and Medicaid more cost efficient...soo then, just why the hell is "President Hopey Changey" trying to give away the proverbial store once again?

Fortunately, Sen. Bernie Sanders contains the spine that is lacking from the current occupant of An Oval Office (and I'm sure we can get ready for a fresh round of "Depends" jokes from Fix Noise about Sanders, who is smarter than that entire gaggle of idiots put together).

And can somebody explain to me why I should give the White House incumbent so much as a dime for his re-election because of this? And to do more, click here...

Update 7/8/11: No duuuh (here - the attack ads next year will write themselves, people).

..."read between the lines, and you'll find the truth" indeed - and I'd love to think that this latest scandal will be the downfall of Rupert The Pirate, but I'm sure he's on his way to figuring out how to get out of the mess, unfortunately (Update 7/13/11 - but then again, maybe not).

Posted by doomsy at 8:38 PM No comments:

Yeah, what a "teabagger hero" this cretin is (here)...

...and gosh, could Rupert The Pirate have gone too far at long last (here, and ssshhh, don't wake our corporate media in this country)...

...and once more, I give you this in response to the typical Repug idiocy on display here from Orange Man and his pals (and spare me concerning Mikey The Beloved, running away from a town hall for real again tomorrow with the help of his PR service, and his "thousand dollar tax credit per new hire" sham)...

...and I really did the best I could to avoid the trial that seemed to preoccupy all of our news organizations with initials for names and a great many others, particularly Nancy Grace, who was just chomping at the bit to see the mother found guilty in the death of that poor little girl, but after I heard the news of the verdict, I couldn't help but think of this song (I can't wait to see Christine Flowers in the Daily News find a way to try and blame we lefties for this - I finally got sick of her putrid garbage and we're thus going to cancel our subscription at long last...saying last Friday that liberals sympathize with muggers was truly the last straw).

Posted by doomsy at 8:52 PM No comments: 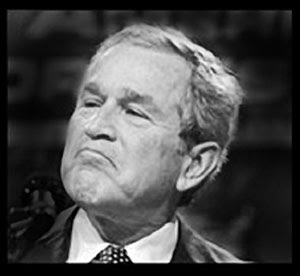 ...and last July 3rd marked the 40th anniversary of the death of Jim Morrison.

Posted by doomsy at 7:53 PM No comments:

It took awhile for Dem NJ State Senate President Stephen Sweeney to wake up and see what Governor Bully is truly all about, but at least he finally did at long last (here)...

...and once more, happy fourth, for what's left of it.

Hey, Mikey The Beloved, see all the fun you're running away from (more here - you can sense at about 5:00 that Dent is losing the crowd when he starts blaming Obama for supposedly "not showing up" for the negotiation on raising the debt ceiling...and by the way, there was no "negotiation" under Dubya; the Repugs just did it 14 times; also, would somebody explain to me what Dent finds so damn funny at about 5:20? And he starts talking about the alternative minimum tax?).

Also, I think this is timely given the whole "Obama wants to tax corporate jets" thing (Dent and his pals really should abandon that talking point), and here is some important information from former Clinton Labor Secretary Robert Reich on Medicare and Social Security (in response to Dent).

...and here's another timely tune (sorry, no video).