My guess is that, even if armed with the same caliber weapon, if Larry Pratt faced “a bad guy with a gun,” he’d wet his pants (here)…

…and I meant to get to this a little while ago, but I thought this was a pretty good response from Number 44 to those who keep acting like “OMIGOD HE DIDN’T SAY THE CODE WORDS HE WAS SUPPOSED TO SAY. THAT DAMN KENYAN MUSLIM SOCIALIST STRIKES AGAIN!!”…

…and I felt like I was in the mood for the Ted Stevens techno dance mix “It’s A Series of Tubes” from about 8 years ago in light of this great story; yes, ready or not, it’s time for another installment of “This Day In Doomsy History”…

...and Lee Camp is back with Naomi Karavani (?) to explain why those pesky poor people just keep ending up in jail, gosh darn it (snark)…

…and I always thought the so-called “civility pledge” that Steve Santarsiero signed with Brian Fitzpatrick was nonsense (sometimes politics is mean - deal with it), and this proves to me how seriously Bucks County Republicans actually take it, which is to say not much (a prior post on this is here)…excuse me, but during the last decade, wasn’t the “party of Lincoln” telling everyone how staunchly pro-military they are? Then why are they ripping on Steve for missing votes to be with his ailing dad, a World War II veteran?

Yep, pretty lowdown all right – here is a reminder why this election for PA-08 in particular matters (and even though this is true, as far as I'm concerned, Steve deserves an "A" for effort, particularly with the Orlando horror fresh in our minds)…

...and I'm of a mind to try and wind things down in a bit of a mellow mood, so here's a tune that I hope gets that done.

Kudos to Anderson Cooper for this (a related post is here)…

...and kudos also to Dem CT Sen. Chris Murphy for his filibuster on guns, forcing “The World’s Greatest Deliberative Body” into doing what they should have done long ago; as you can see, Murphy saved his best for the end (here)…

...and Kyle Kulinski gives us his NSFW comments on Neanderthals attacking the Muslim representative coming to our country's support in the wake of Orlando...don't condone criticizing ALL religions by definition, though; they can each be a force for good too of course…

...and when it comes to anti-gun songs, I can't forget this one.

Yeah, what did that stinky body-surfing, brie-eating French (I think) guy John Kerry know about prosecuting criminals and trying to restrict the insane number of guns in this country, particularly assault rifles? A lot, as it turns out (here), compared to Former President Numbskull (pains me to bring this up, but I do so mainly to point out which political party stands for sane gun policy and which doesn’t…not even going to both to investigate Dubya’s 72 percent number since he was such a chronic liar on everything else)…

...and Rachel Maddow tells us about the Sig Sauer MCX gun used in Orlando attack; kudos to her for returning to form, though it's sad that it took a story like this to make that happen (I'm sure the makers of this monstrosity that has no business with anyone except the military or law enforcement manage to sleep at night; will never know how, though)...

…and I want to thank Utah Lt. Governor Spencer Cox for giving me my best about nine-and-a-half minutes of the day (here)…

…and I give you a true “Nail. Hammer. Head.” moment from Samantha Bee (here - thought the Sig Sauer weapon of death used in Orlando wasn't technically an AR-15, it was close enough)…

…and shifting gears a bit, I should point out that today is Flag Day, which made me recall this clip from the late, legendary Bill Hicks (here)…

…and despite all the insanity, I still truly believe in this song (with the prior clips in mind).

Posted by doomsy at 5:02 PM No comments: 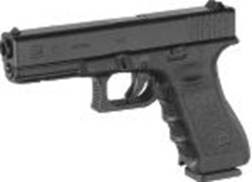 Sounds to me based on this that Number 44 was ahead of the curve yet again on guns; and by the way, I think this should be noted also…

…and concerning this, I was a little surprised to see Owen Jones walk off the set the way he did; I thought it was pretty well established at that point that the hosts were acknowledging that this was a crime first and foremost against LGBT people, and I definitely think there was more agreement than not; I’m including this clip mainly to provide a world news perspective on this horror…

…and with the recent carnage in mind, I couldn’t help but recall this admittedly sickening, demonic moment from about five years ago…

...and here's some music for all of the reality avoidance out there yet again (here, here, and here for starters - and I would call this justifiable outrage). 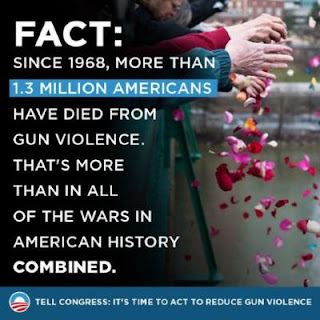 (By the way, the total number in this graphic is current as of December 2012).

Well, well, well, here we are again – this time, it’s officially the worst mass shooting in this country’s history.

And what response do we get from the all-but-named standard-bearer of the “party of Lincoln”? Do you even need to ask?

As noted from here…

And leave it to Tom “Greatest Generation” Brokaw to claim that “people” need to rise up and say enough, or something (here)?

This is the protest after the Columbine mass shootings. 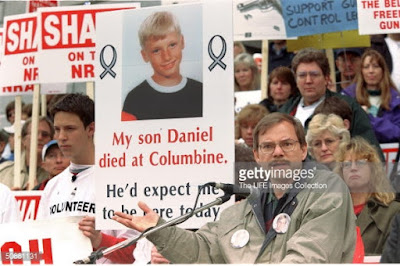 This is the protest/remembrance after the Virginia Tech mass shootings. 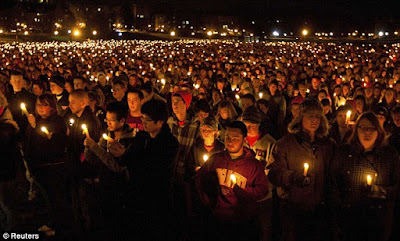 This is the remembrance of sorts after the Fort Hood, TX mass shootings. 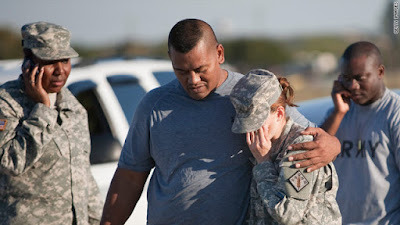 This is the protest/remembrance after the Tucson mass shootings. 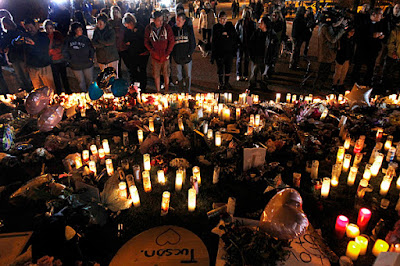 This is the protest/remembrance after the Aurora, CO mass shootings. 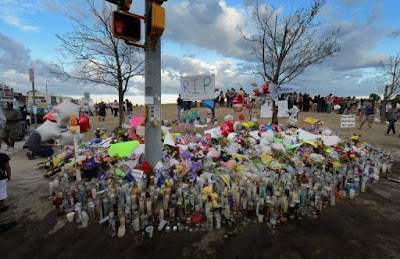 This is the protest after the Newtown, CT mass shootings. 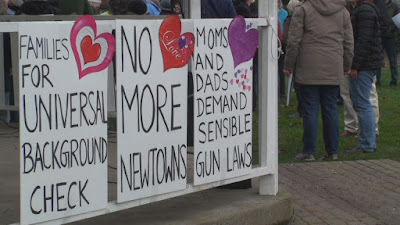 This is the protest after the South Carolina mass shootings. 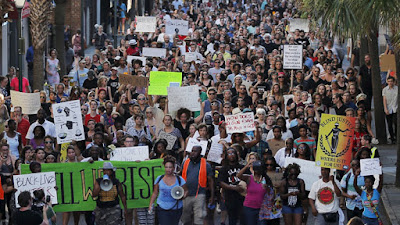 This is the protest after the San Bernadino, CA mass shootings. ARE YOU STARTING TO SEE A PATTERN? WHY DON’T YOU TRY TO WORK FOR CHANGE INSTEAD OF PONTIFICATING, YOU WORTHLESS CORPORATE MEDIA HACK??

Here is a statement from President Obama...

…but of course, what can we expect from a country where this takes place (hardy har har - blow that dog whistle a little louder, why dontcha?)…

...and I guess I might as well permanently embed this song.

Posted by doomsy at 3:55 PM No comments: