...also, Rachel Maddow examines the whole "Pepe The Frog" thing (and yes, it is a “thing,” even though, as noted here, the artist behind it is supporting HRC…the last minute of this is full of as much muted outrage as she is permitted I'm sure by The Comcast Network)...

…and K.O. reminds us that the Trump campaign appears to be borrowed from a few well-known and at least one barely-known movie…

…though when I think of Trump and movies, this scene comes to mind (and I’m not kidding)…

…and speaking of movies, RIP playwright Edward Albee, the man behind “Who’s Afraid of Virginia Woolf?” among other films…

…and happy birthday to Fee Waybill of The Tubes, paying homage to the device that almost put the flicks out of business in the ‘50s.

Posted by doomsy at 9:48 PM No comments:

I give you supporters of The Big Orange Cheetoh, truly "the great unwashed" (couldn't quite get to this earlier)...

...and here's a little Friday funk - hope you enjoy.

Posted by doomsy at 7:44 PM No comments:

Lawrence O’Donnell comments on the media giving “Fergus Laing” a pass on everything really, but the alleged audit of his taxes in particular (and kudos to Alisyn Camerota of CNN)…

…and it was nice to see SOMEBODY hold The Big Orange Cheetoh to account, specifically the pastor of the church in Flint, Michigan where Trump recently spoke (here, and of course, leave it to “Donald Drumpf” to come up with this in response)…

…and K.O. reminds us of how ridiculous it is for Rudy 9iu11ani to say that HRC needs to come clean over her health, or some such nonsense (and bonus points for sticking it to “Greatest Generation” Brokaw too)… 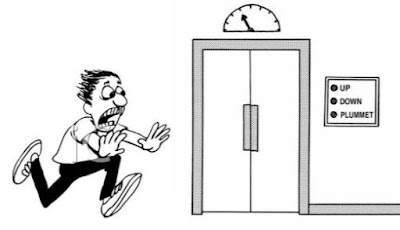 …and after this, our entire corporate media should be singing this song, though I’m sure they’re not.

Posted by doomsy at 2:23 PM No comments:

All the best to Shirley Teter (here)...

...and K.O. is back with another commentary, this time on HRC and her “deplorables” remark…

…and Lewis Black provides analysis of this utterly interminable election as only he can here (Note: We still have to go out and get it done for HRC and a Dems in general, but in the case of the Dem presidential nominee, I wish she could find a way to generate some buzz about domestic issues and thus, some enthusiasm – I know the media isn’t helping a bit, but we can’t use that as an excuse)…

...and one of those Dems we have to help is Katie McGinty (noted in the second of two Seth Meyers vids); to do so, click here (let's do what we can to make sure Pat Toomey runs out of elevators)...

…and you’d better pack a lunch for this one, but I think it’s worth it (this is the stuff that matters as opposed to the political sideshow); Chris Hedges speaks with economist Mark Blyth, and the two of them discuss the utterly ruinous policy of austerity and its effects in this country, the U.K. and Europe – there’s a lot of digest here and some of it I don’t agree with, for example the analysis of Brexit in the U.K., which, as far as I’m concerned, has the fingerprints of David Cameron and his Tories all over it – I don’t think it was some kind of popular uprising that caught the elites off-guard…Hedges and Blyth, though, do a great job IMHO on linking austerity to the rise of extremist political movements, both here and abroad; yes, I know HRC is a centrist Democrat and I’m more than a little concerned about her capturing the “base” with a populist economic message, which she’d better find a way to do, but for God’s sake we need to support her instead of you-know-who…the thought that Trump could capture some kind of economic momentum somehow, even though his every utterance on that like everything else would be a lie, scares the hell out of me…

…and to me, if there’s one word that sums up this election, it’s the title of this song.

Posted by doomsy at 6:21 PM No comments:

Keith Olbermann is back, and his timing couldn't possibly be better (to say nothing of more urgently than we ever thought it would have to be - here)... 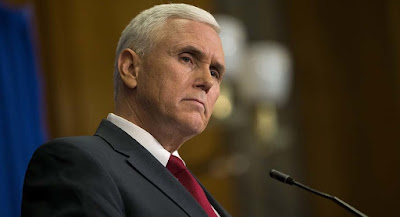 (Oh, and by the way, I don’t have much to add on the stuff about Trump VP nominee Mike Pence not calling David Duke “deplorable” because he doesn’t like name calling, made even more ridiculous by his boss’s antics as many others have already noted. I would only point out that, as noted here, Pence once referred to himself as a “cheerful right-wing conservative” when he tried to malign Valerie Plame during the “Scooter” Libby fiasco about outing Plame as a covert operative. As noted here, however, I don’t believe that anyone trying to utilize Planned Parenthood services in Indiana would consider Pence to be “cheerful.” - Update: Um, yep.)

…and I have to admit that, in addition to K.O., I missed Samantha Bee – glad to see that she’s back (here – clipped a bit at the end, though)…

…and by the way, I have a message for everyone screaming about Emails on personal servers and alleged “access” given to Clinton Foundation donors and how she’s really a corporatist Democrat who does the budding of her Wall Street benefactors (not saying that charge isn’t totally without merit, for her or any other politician) – do us all a favor and be quiet long enough to just watch this two-minute video, OK?...

…and happy 61st birthday to Steve Berlin of Los Lobos (and a Philly guy too).

I think this great commentary from Lawrence O’Donnell on the press’s reporting on presidential health records ran on for a minute or two too long, but his point about the press’s typically idiotic obsession with HRC’s attack of pneumonia while the Trump people casually talk about World War III is well taken…

…and the title of this song describes what I think this presidential campaign has been at times.

Posted by doomsy at 7:49 AM No comments: 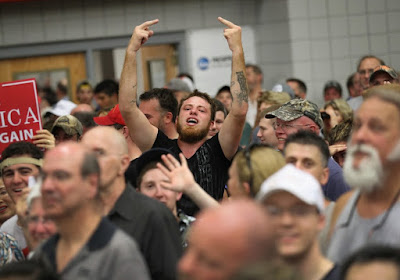 I know, I know it’s tiresome by now, but it bears repeating (“Somewhere between stupid and scary” indeed – and I honestly don’t know how someone can pretend to be surprised by now)…

…and hmmm, secret plan, secret plan – why does that ring a bell (of course, to imagine any equivalency between Trump and Nixon is laughable; the latter was a demonic figure in our politics to be sure, but among other things, he was a self-made man for better or worse, which “The Donald” will never be)…

...and Tara Setmayer lost me in the last minute or so yakking about HRC and the damn Emails again (Who died as a result, and spare me on the "Benghazi Four"? What wars were started? What laws were broken? Bueller??), but otherwise, I thought this was a pretty good exchange about Matt Lauer's utterly wretched performance last week (maybe David Zurawik's finest commentary, and it's shocking that I'm saying that, but credit where it's due)...

...and Cenk and the gang tell us about the latest folk to get scammed by The Big Orange Cheetoh - luckily they didn't appear to lose any $$ (oh, and by the way, I hope HRC pays attention to the second half of this ad, especially the very end…Kyle of Secular Talk said, “go to the left,” which are the truest words I’ve yet heard in this election)…

…and kudos to former Seattle Seahawks player Nate Boyer, interviewed here by Tamron Hall about the national anthem protests over this weekend; as I said, I personally don’t agree with Colin Kaepernick on taking the knee during the anthem, but he does have the right to do what he’s doing, the last I checked (and what else could we expect but idiocy from “Fergus Laing,” and this lunatic also)…

…and yeah, I think this great new song pretty much covers it.

Posted by doomsy at 2:44 PM No comments:

Yeah, I know – don’t politicize this day; well, after 15 years, I think it’s time to do so a little bit (and remind me once again why the NFL decided to have opening day today?)…

…and the renewal of the Zadroga Act was eventually passed, but it never should have come to this (re: what Jon Stewart portrayed in the video)…

…and I offer the following two videos without further comment.

Posted by doomsy at 8:27 AM No comments: