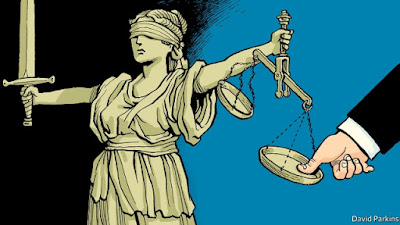 I give Seth Meyers credit for keeping us focused on the utterly wretched individuals finding their way onto our federal courts courtesy of Generalissimo Trump and Sen. Mr. Elaine Chao…I know we touched on the Van Dyke stuff earlier – the laughter in response to the Van Dyke clip is thoroughly deserved as far as I’m concerned (the Meyers clip is timely in light of this – so fed up with going through the exercise of fighting these cretins only to see Repugs force them onto courts all over this country anyway because they can)…

…and for more emphasis on what a POS Menashi is, I give you this clip from Dem U.S. Sen. Sheldon Whitehouse (Menashi was confirmed by every Repug U.S. senator except Susan Collins, who only voted the way she did because she’s probably in the political fight of her life for voting for “Schlitz” Kavanaugh)…

...and every time I hear our utterly craven, bought-and-paid-for corporate media gush about Mayor Pete, Klobuchar, or whichever billionaire or former politician has decided to run for the Dem presidential nomination over the last 24 hours, I want to take my PC monitor and throw it out the window because, unfortunately, it’s helping to suck the life out of the Kamala Harris campaign…yes, I know she had some missteps during those debates, but as far as I’m concerned, she’s rock solid on the issues that matter, as noted here on the recent CA mass shooting…

Update: As noted here (with the Senate Majority Leader trying to make some kind of a typically stoo-pid joke at the expense of the Dems, which wasn't even factually correct), #MoscowMitch is sitting on an extended background check bill that passed the U.S. House on February 27th.

…and speaking of trying to suck the life out of something, David Pakman tells us here about the issues his show is having with CNN and Facebook; I usually try to avoid “meta” stuff like this, but I think this is a cautionary tale for anyone trying to generate and post content online – also, if this helps his show get more subscribers, all the better… 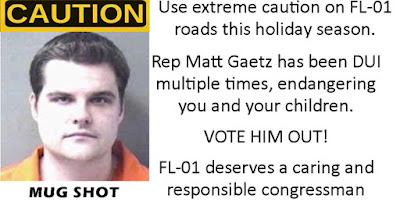 …and as Farron Cousins tells us, it looks like wingnut U.S. House Rep. Matt Gaetz wants a jail sentence for the woman who tossed a red liquid at him – typical…good point about Daddy Gaetz getting his worthless progeny to blow off his own DUI cases…

...and John I. and Michael Brooks bring us up to date on some world stuff, including the coup in Bolivia which I'd heard of but really didn't understand until I saw this, though it is sadly predictable I realize (the Marshall Islands stuff and true cost of the GWOT post-9/11 are stomach-churning also)...

…and there’s definitely no way I could let this week come to an end without including this clip – I have to admit that I hadn’t paid attention to John Oliver for a little while, but this is an absolutely magnificent takedown of West Virginia’s Bob Murray, CEO of Murray Energy…builds up to one of the all-time-great roasts, and Oliver manages to come up with a terrific report on SLAPP lawsuits also (just assume the whole thing is NSFW and keep your headphones on, or watch at home)…

...and I realize this is perilously close to actual country music, but I thought this was a neat, relatively new tune, so here it is. 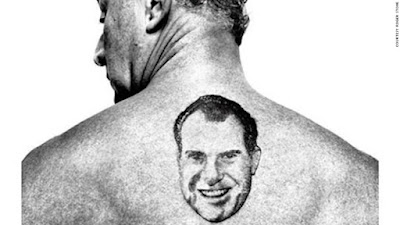 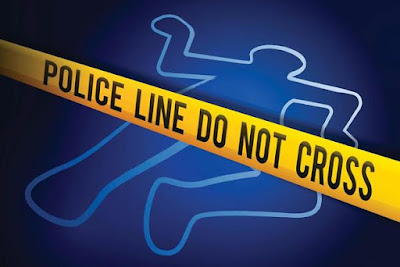 Yep, just another chapter of Life In These United States, Part The Infinity as Charlie Pierce might say – based on this, apparently there is a suspect in custody (and never forget this either...and please don't feed the trolls...this proves Cenk's point as far as I'm concerned, meaning that NOTHING happened following the story in August)…

…and Dem U.S. House Rep Peter Welch of the great state of Vermont is my hero of the day for this (responding to that fraud Gym Jordan as noted here)…

…and Brian Tyler Cohen tells us about the testimony of U.S. Ambassador Bill Taylor at the impeachment hearing for the Gropenfuhrer yesterday – drip, drip, drip…

…and Sam and the crew from TMR tell us that Bret the Bedbug and “The Mooch” have a new man-crush, this time on Michael Bloomberg apparently running for president – yeah, let’s just push this stoo-pid new narrative to try and crowd Bernie, Warren, Harris etc. off the stage once more (and I think Sam nailed it with that proposed slogan at the end)…

…and I have to admit that I’m shocked to hear that Jimmy Dore actually did something constructive, and with that in mind, I give you Kyle K. showing a clip of JFK long ago talking about universal health care in MSG (and yeah, if you want to criticize Bill Clinton for all the “Third Way” stuff, go ahead, but don’t try to erase the fact that HRC fought for universal health care in the ‘90s…and yeah, maybe Obama could have done more, but look at the insanity he was dealing with on the other side and give him a little credit, OK?)…

…and happy belated birthday to Neil Young – definitely mindful of the first clip in this post for this selection. 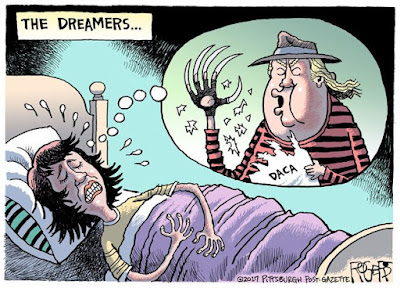 Pete Williams of NBC News reports on the Supreme Court hearing a case from our ruling regime to close down the DACA program and the related protests; yes, good point that this is the oral arguments stage and we’re months away from a ruling, but better to make noise about this now than to keep quiet about it…

Update: If the Dems get control of federal government again, pack the Court - enough of this shit (here).

…and Thom Hartmann tells us how the Gropenfuhrer’s corruption is being reported by our friends “across the pond,” in particular on the story of raiding his charity for his 2016 presidential campaign (the report from CREW that Thom sites is pretty damning also)…

…and kudos to Dem U.S. House Rep Elaine Luria for this, given our observance yesterday (and many thanks for her service)…

Update 11/13/19: I should probably have already linked to this site before, but please allow me to do so now (here).

…and I now give you the latest installment of “This Day In Doomsy History” (more or less) from 11/11/15, which is another reminder of the obscene wealth inequality in this country (and I’m sure the numbers have only gotten worse since this video was put together – if you’re a Dem and you don’t support foundational, structural change in our economy to level the playing field, then you shouldn’t be running for anything)…

...and with yesterday's holiday in mind as well as the prior two clips (as well as this), I give you this selection which also would have worked for yesterday, though the Springsteen cover worked out fine as far as I'm concerned. 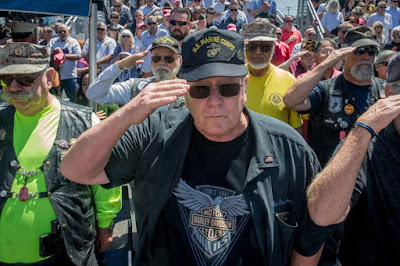 This clip from NowThis features individuals who served in our military who want to see the Gropenfuhrer impeached – gee, I wonder how many people out there still have their “Support Our Troops” ribbons on their vehicles? If you don’t support these brave men and women for real, then your “patriotism” is as worthless as your bumper sticker…

…and it may be sacrilegious to talk about the vacuous spawn of our Russian Operative In Chief on this day of all days, but sometimes his callow stupidity screams out for a response, as I believe it does today…

Update: And yeah, there's this too.

…and Farron Cousins tells us that the Kentucky GOP is trying to get a radio person named Matt Jones disqualified from running for the Dem nomination vs. Sen. Mr. Elaine Chao – interesting look at legal ramifications for the other side too from Cousins who, let’s not forget, is an attorney…

...and Leon Cooperman can cry me a bleeping river, as David Doel explains...

…and in his apparently ongoing quest to afflict the afflicted and comfort the comfortable, it looks like Sen. “No Corporate Tax” Pat Toomey of PA (R-Worthless) is trying to get some kind of a law passed to keep presidents from banning fracking, which of course is aimed right at the Dems (here) – many reasons why this is a stupid gesture, but here’s one; I have not found any indication that any Dem presidential candidate actually wants to do this, but even if they did, it surely would be overturned in court, despite the fact that I and many others would support it of course…Toomey may think presidents can rule arbitrarily after witnessing Generalissimo Trump, the head of his party, but Dems, for all their failings, actually know how government is supposed to work, and apparently Toomey doesn’t…here is a bit of a reminder on this subject which needs to be updated of course (more here)…

…and I know there are all kinds of tunes that fit for this day, but here’s a cautionary tale if ever there was one.