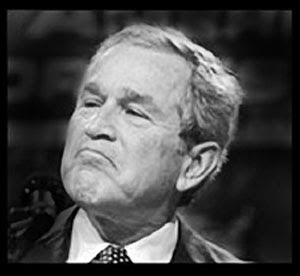 It’s nice to see that Former President Highest Disapproval Rating In Gallup Poll History is giving the recent anniversary of his ruinous war in Iraq the reverence and respect it deserves (here…and yes, that most definitely is snark) – made me recall this clip…

Update: Yeah, I think a lot more could be said on this subject, but Chris Hayes is definitely on the right track here. 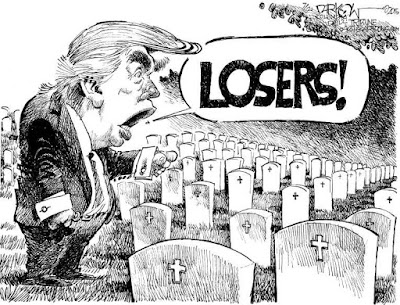 …and speaking of clueless Republican presidents, Seth Meyers gives us the latest on our Traitorous, Tiny-Handed Orange Mental Defective, including his “feud” with the ghost of John McCain; the Devin Nunes stuff is hilarious the way Meyers tells it, though I realize this is funny in no way, shape or form…

…and as long as I’m talking about chief executives, this tells us that Jimmy Carter is about to become our oldest-ever living president; I just felt like bringing back this vintage SNL clip for the occasion…

…and supposedly the world’s greatest superpower can somehow only scrounge up $57K for what I would consider to be a legitimate emergency, and that’s the opioid crisis in this country, as AOC points out…

...and Brooke Thomas and Jayar Jackson of “The Damage Report” comment on more typical Fix Noise idiocy from this Katie Pavlich person saying the U.S. should get credit for ending slavery...so many directions you can go with this I realize, but let me just ask this question; do you want to know what Great Britain did about slavery? They passed the Slavery Abolition Act in 1833 (here). And that was it (or just about). No horrible, four-year war with an utterly abominable list of people killed or wounded and family and property destroyed and enmity to this day between geographic regions of this county – if anybody deserves an “award” for ending it, I think THEY do (oh, and don’t worry about Harris Faulkner – she knows EXACTLY what she’s doing...and by the way, I'm not in favor of reparations - subject for a whole other post I realize, and this is part of the reason why...I'm not saying we can't talk about it, though)… Cenk, John and Tommy Vietor tell us about Louie Gohmert’s reaction to the New Zealand gun massacre (and, by extension, the Republican Party also…yep, as far as I’m concerned, Gohmert remains the stupidest life form in the universe)…

…and Stephanie Ruhle interviews David Enrich of the New York Times, who wrote the story about the Gropenfuhrer and Deutsche Bank, which has a lot to answer for as far as I'm concerned…

…and speaking of money, Mike Malloy brings us another NSFW commentary on the latest Repug bait-and-switch on taxes; we’re about to find out if we got socked also (not optimistic here I have to admit)…

…and with the Ruhle clip in mind…well, don’t look now, but I think I stumbled across the “Trump For President 2020” campaign theme song. 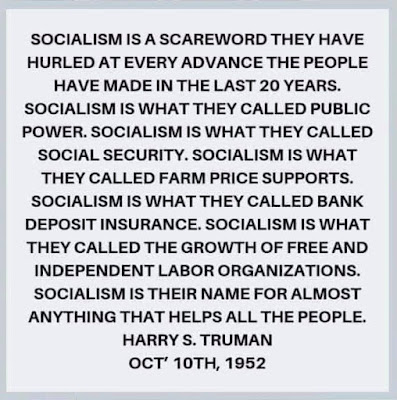 Thom Hartmann gives us a bit of a lesson in semantics, though I think what’s he’s talking about is the meaning of the words “freedom” and “liberty” for most people, as opposed to the Kochs and the one percent (interesting parallel between Warren Harding and a certain Treasonous, Tiny-Handed Lying Orange Traitor I would say)…

…and Sam Seder and the “Majority Report” crew tell us about the wingnut response to the recent gun carnage in New Zealand (here)…I can’t imagine what the hell “Redland Strategies” is, and believe me when I tell you that I don’t care…what a bunch of bullpuckey this guy is pitching, and I don’t mean Sam of course – and I’d sooner expect intelligent political commentary from a slug than I would from Candace Owens, though I’ll admit that there is an intellectual equivalency between the two (and yeah, “disgusting” is one word that surely comes to mind…and the New Zealand PM is putting us to shame with this as far as I’m concerned…good for her - and I think EGG BOY RULES!)…

…and Pap and Farron Cousins tell us how California is being depleted of water because of corporate greed and climate change – makes me want to vomit every time I see a golf course (or a movie or TV show with Tom Selleck, or a Nestle’s candy bar…here and here)…

…and I think a story about water is the perfect segue to this tribute to Dick Dale, King of the Surf Guitar, who, sadly, just left us (performing here with SRV – RIP).

Posted by doomsy at 7:21 PM No comments: