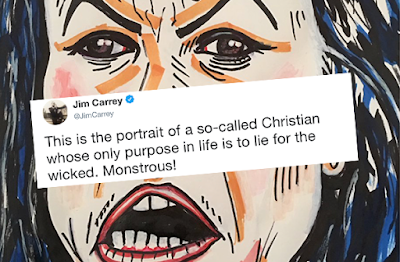 It looks like Sarah Huckabilly Sanders will now be able to lie with impunity in her spare time (here); I’m sure a gig at Fix Noise awaits…

…and yeah, it looks like the Gropenfuhrer just made about 2 years’ worth of investigating utterly unnecessary by admitting straight-up that he’d collude with a foreign hostile power to try and win an election (and I stand by what I said here, but maybe we still need to move things along a little faster…time to “cut the crap” indeed)…

…and Rachel Maddow tells us about the latest insanity involving the U.S. and Iran; I don’t trust Mike Pompeo as far as I can pee (and this is definitely important to keep in mind also)…

…and we know what kind of vermin the “alt-right” truly are, but I agree with Cenk – how brainless was it for Detroit to allow these creatures to come anywhere near a pride parade (and good point by Cenk about Skokie, IL – he and Ana of TYT explain)…

…and congratulations to now Sir Michael Palin, and he may be right – he may end up as the only knighted member of Monty Python (here)…

…and for personal reasons, I failed to include a tune a few weeks ago for Mother’s Day, so I’ll try to make amends here (this is LOUD)…

…and happy Father’s Day (this tune has been on my mind lately...we're constantly reminded how precious the gift of time truly is...hope we're all able to make the most of it). 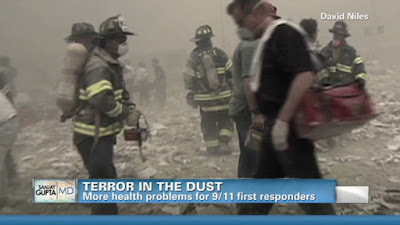 Not one word of this should need to be said by Jon Stewart, but it does, and he did, and kudos to him for saying it (here); for starters, in response, we should repeal that scam Repug tax bill from December ’17 to pay for health care once and for all for the true heroes of that terrible day (and in a related story, I give you this totally unsurprising item)…

(I just heard the bill was passed out of committee unanimously - I'll update with a link later...here)

…and Robert Reich appers in a “Now This” clip on who REALLY pays taxes in this country (for some reason, though, I can no longer embed his great Inequality Media videos, which is definitely not cool)…

…and despite the fact that “the old gray lady” is still capable of garbage like this, they are also capable of great reporting such as that presented in the following video…this man’s wife and children in Afghanistan were likely killed by a U.S. air strike, though that has not been confirmed of course…this video has some unsettling scenes in it of dead kids, but I’m not going to use that as an excuse not to present it…our involvement in Afghanistan has gone on for EIGHTEEN FREAKING YEARS, PEOPLE!!!, and it constitutes a bipartisan political offense…

…and by the way (and returning to domestic politics), nice job here by Katie Porter…I honestly don’t think she meant that as a cut on Bill Maher, but even if she did, that’s OK…once again, I realize that Maher and other comedians need to be held to a different standard since they need to appeal to audiences across the board, but I thought his reaction to the crowd in particular after Porter’s remark was pretty petulant, even if he probably was joking also – by the way, his final bit with his supposed speech to the graduating class of 2019 was cringingly unfunny; I actually turned him off part of the way through…he just came off as a cranky old man who apparently doesn’t have a clue as to what teenagers and 20-somethings have to deal with in this day and age – I’m sure Maher will have his equally non-humorous pal P.J. O’Rourke back on before long to cry on O’Rourke’s shoulder…

…and as long as I’m featuring late night comedians, I should really get back to putting up “Closer Look” clips from Seth Meyers again, this time with a wrap up of Generalissimo Trump’s European faux pas tour (“Dick Tracy minus the Tracy” – good one…and as others have noted, it was typically tasteless for Fix Noise to allow our Tiny Handed, Treasonous Orange Dictator to rant at Normandy in an area of hallowed ground)…

…and I don’t know anything about this guy/band or this tune, but I like the harmonies and jangly sounding guitars and it actually came from this century, so here it is. 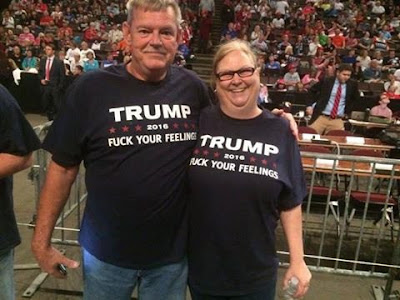 I guess I’m supposed to feel sorry for these truck drivers who apparently now have buyer’s remorse now that the Gropenfuhrer has found a way for them to pay more in taxes, but naaah…as somebody else online said, the tiny violin factory is closed – these guys were apparently fine with all of the “lock her up” garbage, threats of violence at Trump’s little Bund rallies, making fun of not just a Gold Star family but John McCain, another patriotic American who had more courage in his hangnail than Our Treasonous, Tiny-Handed Orange Dictator has in his entire flabby corpus, to say nothing of caging children, tearing families apart, the Muslim ban, the "fine people on both sides" tiki-torch crowd insanity, and the never-ending lies that stream out of Number 45’s mouth…all of that was apparently OK with these “Trump’s America” numbskulls, but in the end, all they cared about was how much they got to keep in their wallets (more here)…

…and keeping with money matters, yeah, this economic “analysis” is about what you can expect from our low-IQ flatulent biped of a chief executive (Ana Kasparian discusses with Brooke Thomas and Steve Bramucci)…

…and I knew longtime Repug fixer William Barr was a POS already, but he sure drove that point home with this comment…

…and as far as I’m concerned, Welch’s timeless, courageous words could also apply to Claire McCaskill based on this clip, with the gender adjusted of course – I couldn’t figure out how she could actually lose last year to an unctuous, lying fraud like Josh Hawley, but it’s becoming clearer every day (I think Michael Brooks absolutely nails it here, though the whole panel is good also)…

Update 6/14/19: Gee, ya' think McCaskill could have done a better job of warning us just how full-tilt, Gonzo nuts Hawley really was? (here).

...and now, time for a whopping great intermission - and yeah, you guessed that that's an obscure Monty Python reference, didn't you?