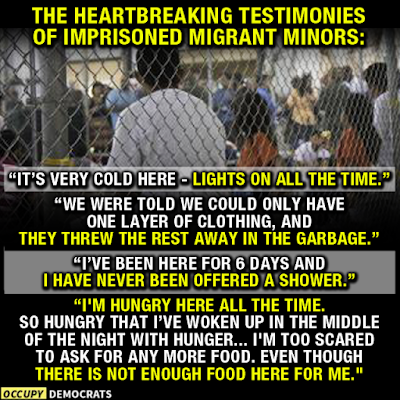 Stephen Colbert gives us his take of sorts on the Gropenfuhrer and the border insanity as well as all of the antics with Iran – as I’ve said before, anyone who had anything whatsoever to do with getting this orange pustule elected should be put in a stockade and pelted with remnants of “Trump Steaks”…

…and Brian Tyler Cohen tells us about U.S. House Dems going after Kellyanne Conjob for her Hatch Act violations…

…oh, and the Dems are also trying to keep Generalissimo Trump from making money for his businesses while in office (and no, this wasn’t an actual “thing” before Number 45, as Kyle explains – NSFW)…

…and turning to our beloved commonwealth…sadly, it’s called “Pennsyl-tucky” for a reason, and I’m definitely not referring to Katie Muth here (more here)…

Update 6/30/19: And of course, the program Muth fought for was eliminated (here) - those idiots in the "T" win again.

…and I’m sorry – I try to stay away from “meta” stuff like this, but this is just way too damn funny (All Hail “The Unfairness Algorithm”!!!)…

...and here's a moldy oldie of a summer tune - still works for me, though.

Seth Meyers brings us a news update, leading off with you-know-who (and no, I didn’t watch the Dem candidates debate last night because, as far as I’m concerned, it’s waaay too damn early for this stuff…to me, it’s between Bernie, Biden, Harris, Warren and maybe Booker – though I’d like to be able to add Jay Inslee also – and everyone else needs to go get lost)…

…and Cenk and Ana of TYT tell us about the Gropenfuhrer trying to find a new SecDef, and the guy he wants is apparently married to a Defense industry lobbyist – how con-vee-nient…

..and I know I’m a bit behind on this, but Farron Cousins tells us about George Will lamenting the state of his party (um, yeah…Will can pound sand for this and many other reasons, and I think Cousins is exactly right on Will’s take about younger voters…slightly NSFW for an “F” bomb)…

...and here comes a great and relatively new tune - don't blink or you'll miss it. 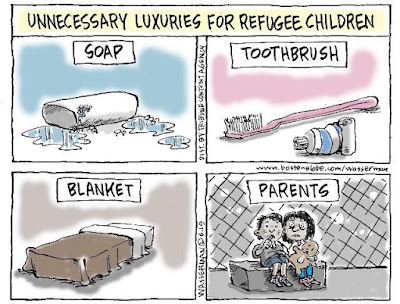 Brian Tyler Cohen tells us here about Shep Smith of Fix Noise showing some commendable humanity (as much as he's allowed to given that we’re talking about the Roger Ailes Network, which it will be forever even though the founder has “rung up the curtain and joined the choir invisible” you might say) on the subject of that supposedly godly man Mike Pence and his response to questioning from Jake Tapper about our treatment of migrant children… 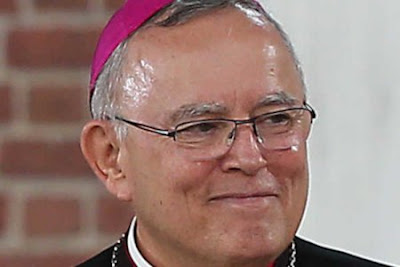 …oh, and as long as we’re talking about supposedly godly men, I went to the web site of the Archdiocese of Philadelphia (here) to find any response to this, and I found an utterly banal and toothless statement about “the lack of a truly humanitarian reception for our brother migrants,” even though, when you go to the “Archbishop Chaput’s column” portion of the site, there’s of course the typical flotsam about the supposed “transfer of our real loyalties and convictions from the old Church of our baptism to the new ‘Church’ of our ambitions and appetites,” and if you guessed that it’s all about HATING TEH GAY and of course ABORTION ABORTION ABORTION ABORTION ABORTION ABORTION ABORTION ABORTION ABORTION ABORTION and (in case you didn’t already get the message) ABORTION, then you win a free download of the PA Diocese Abuse Victims Grand Jury Report (oh, but Chaput mentions Anthony Kennedy along with Biden, Pelosi and Tim Kaine, so “both sides,” right?)… 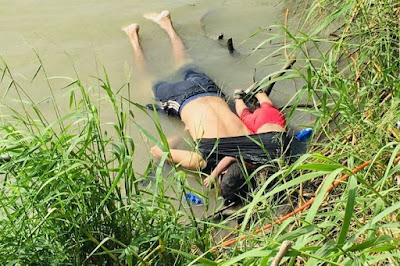 Update: And of course, this will NEVER give us yet another metaphorical "black eye" on the world stage, will it?

Update 6/27/19: More completely unsurprising context is here (as well as this).

Update 6/26/19: Here is an example of how to do this, and Chaput doesn't even have to go on Hugh Hewitt again to complain about why people don't genuflect, if you will, before Our Treasonous, Tiny-Handed Orange Dictator (here).

Update 7/2/19: And even when the USCCB does something right, they STILL manage to shoot themselves in the foot with the following quote from here (about the horrific pic above):

OH REALLY???!!! Wow, how con-vee-nient for you to concoct an utterly cowardly cop-out like that to resist blaming the party responsible for this monstrous cruelty (here).

They honestly would have been better off if they had said nothing at all.

Update 7/31/19: Mark Sumner of Daily Kos makes some insightful observations on this here.

Update 8/5/19: I guess, at this point, "only a fool" would take you seriously on much of anything, huh "Charlie Chuckles"? (here).

…and this “NowThis” clip tells us about the games the Trump regime is trying to play with the 2020 Census (and I couldn’t find anything at Chaput’s site about that either, though there was this...and of course, Wilbur Ross is just another liar from our cabal of liars)…

…and I came across this item involving a certain Willard Mitt Romney, who of course is now the Repug senator from Utah, and I figured it wouldn’t be difficult to provide this is response, and it wasn’t; kind of an appropriate tie-in for the latest installment of “This Day In Doomsy History” (more or less) from 6/24/2012, featuring Martin Bashir, who made the unpardonable mistake of communicating an admittedly gross reference involving former half-term Alaska governor Caribou Barbie…even though he apologized later, that wasn’t good enough to prevent eternal banishment of course for offending a conservative…

…and Ari Melber gives us this report on Trump’s “head fakes” (given the alternative to what this lunatic could actually do, maybe, in a twisted way, this is better than it could be…I realize this is “Trump 101” stuff, but it needs to be pointed out…also, I hate to give David Frum credit for a damn thing, but I thought his commentary was spot-on – I don’t think he’s correct to dismiss the threat of violence against emigres to this country the way he does, however, but I thought Mara Gay rebutted that well enough)…

…and Seth Meyers gives us a similar take here, though with the appropriate level of sarcasm I believe (and kudos to Bernie Sanders for pushing back on that CBS hairdo – and to a point, I understand this thing about presidents not criticizing their successors, but even though he doesn’t owe anybody anything at this point, I’m waiting for Number 44 to say the hell with protocol and tear Trump’s faux-orange-haired head off over the steady spew of his disgusting lies)…

…and Michael Jackson died 10 years ago today (here) – no, I haven’t forgotten about the antics with the kids and the hush money payouts and all the weird/sordid stuff, but for a time he really was the “king of pop,” and I think this tune is apropos, all things considered. 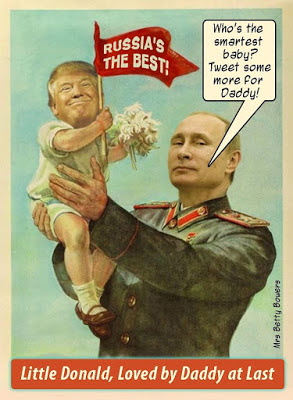 I don't know who has or hasn't read the redacted Mueller Report (I can say that I haven't - yet - though it's not like I'm on the fence concerning Generalissimo Trump's involvement with the Russians either), but I think this is some important information related to that; all the same, this video needs to be viewed far and wide...

…and in a related story as they say, this Trump-ette lawyer appears to be arguing that detained kids don’t need toothpaste and soap in order to be able to sleep…if another country pulled garbage like this against a predominantly white population of kids, you’d hear the howling from the Trump regime far and wide (here)…

…and Farron Cousins tells us that the utterly disgusting tax scam of December 2017 is, in a darkly perverse way, the gift that keeps on giving, you might say…

…and when it comes to crackpot economic nonsense, Chris Hayes tells us here that the Gropenfuhrer gave the Medal of Freedom recently to Arthur Laffer (Wharton must be oh-so-proud of this brainless lummox taking up space in An Oval Office)…

...and I guess I'd better work in some summer tunes, so here comes a personal favorite.