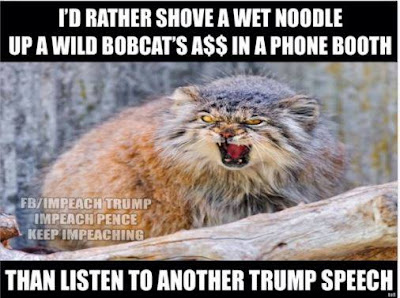 “Pardon” me if I point out, as K.O. notes, that Generalissimo Trump may exceed his presidential authority at long last if he tries to do his inner circle, as well as himself of course, too many favors - yeah, any “Trumpster” who gets a pardon would surely be unable to take the fifth, as it were, when giving legal testimony…

…and I thought Bill Maher made a great point about getting it in writing, as it were, when it comes to the Gropenfuhrer (NSFW)…

…and yesterday I noted the 20th anniversary of the death of Princess Diana; I think this video gives us some important history on her impact, which (again, as noted yesterday) will be ongoing well into the future…


…and, as he is on all things, in this case on Harvey, our Tiny-Handed Problem Child of a preznit is a thoroughly unrepentant liar (more here, here and here)...

The man who commanded the military response to Katrina says Trump was grossly unprepared for Harvey pic.twitter.com/rG6lqhsrn1

…and like most of this country, apparently, I’m pretty damn angry about this story about the Utah “detective” Jeff Payne who decided that he had the right to manhandle a nurse (Alex Wubbels) who, in the process of doing her duty in commendable fashion, refused to provide a blood sample because the patient she was treating wasn’t charged in a crime; I don’t know about Utah, but assault of a nurse is a felony in PA – should be that way nation-wide.

And maybe I’m reaching a bit here, but I’m going to say this – I’m fed up with having to include as a prefix to comments like this that “Of course, we should do all we can to support law enforcement.” As far as I’m concerned, that goes without saying.

The problem (as is usually the case with these stories of cops behaving badly) is that, though the vast, overwhelming majority of the men and women of law enforcement are great and courageous and DO INDEED deserve our support, there are a few of the proverbial bad apples giving them a bad name with stuff like this. And apparently, they don’t (hope you’ll excuse the expression) “police” themselves nearly as much as they should.

If Payne is charged (and why the hell wouldn’t he be?), tried, and convicted, he should be sentenced to 10 years at a minimum, hard time. A message should have gone out like that long before now when it comes to excesses by the cops, to say nothing of police shootings we know about (and I don’t think it’s wrong to conflate stories like this with Philando Castille, Eric Garner, Tamir Rice, etc. – it’s all about bad cop behavior regardless of skin color…more here and here)…

Footage shows this nurse being forcefully arrested for following her hospital's rules pic.twitter.com/3oFu3l0tds


(By the way, subsequent to this, I ended up watching the entire unedited exchange – Payne was looking for trouble from the get-go, and his fellow officers really didn’t do a hell of a lot to rein him in as far as I could tell.)

Update 9/2/17: And as far as I'm concerned, this only strengthens my argument (more here).

Update 9/3/17: Oh, and now the Cleveland police want to be idiots too, apparently (here).

…and Wednesday marked what would have been the 73rd birthday of The Eternal Molly Ivins - I’m not 100 percent sure of what judicial hearings they’re referring to, but Clarence Thomas was ’91 and her book mentioned…which was great, by the way…appears on Amazon as having been published in ’92…sorry, but I’ll try to dust off my memory banks again on that one; love the stuff on Dan Quayle, who, next to Trump, looks like an intellectual giant (also love the way she gets in her remarks and then smiles knowingly to the audience)…

…and it occurred to me recently that, for all the times I’ve been including summer songs at this site, I don’t think I’ve ever had anything by The Beach Boys – not sure why not, but I’d like to take care of that now. 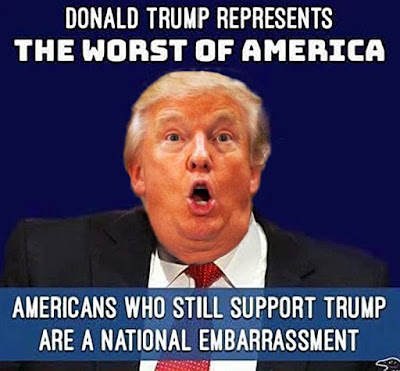 Kudos to these folks marching from Charlottesville to Washington, D.C. (here)…

Watch what happens when a march against white supremacy goes through Trump country. pic.twitter.com/5T3Fg7MV3O


...and K.O. tells us about threats from Roger Stone and Secretaries Tillerson/Mattis basically disowning Generalissimo Trump…

…and as I watched this clip of VP Mike Pence talking about the aftermath of Hurricane Katrina from 2005, I have to admit that I went along with him until he got to that ridiculous statement at the end about “a catastrophe of debt for our children and grandchildren”…of course, not a word about those still-ridiculous tax cuts and our bloated defense budget – naaah, let’s just kick those grifting “poors” one more time, huh? And typically disgusting for Pence to use the Bible as a defense, of course…

Video: “Katrina breaks my heart...but we must not let Katrina break the bank for our children & grandchildren” Mike Pence-2005 #ImpeachTrump pic.twitter.com/SxmT8NGEA7


…and hey, all of you “sanctuary cities” idiots like Sen. Pat Toomey, pay attention to this story in Texas about one of the bills you supported that was just blocked by a federal judge (and once more, to help those suffering from the effects of Harvey, please click here)… 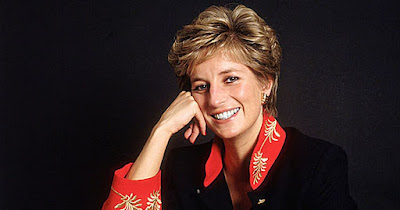 …and I’ll admit that this may not be as big of a deal here “across the pond” as in the U.K. (well, maybe it is for the more celebrity-conscious of us), but Princess Diana died in that horrific auto crash 20 years ago today (here) – much to admire about her as far as I’m concerned, including supporting the treaty to ban land mines among her myriad charitable efforts (a treaty which, to my knowledge, we’ve never supported…her legacy lives on with William and Harry and the grandkids too of course)…still recall how mangled that Mercedes Benz looked after the tunnel crash and wondered how anyone could have survived, though bodyguard Trevor Rees-Jones did somehow fortunately – later on we found out basically that driver Henri Paul had taken enough medication to stock a pharmacy shelf or two…if you ever find yourself in London, I would encourage a trip to Harrod’s, if for no other reason than to see the memorial to her and Dodi Fayed in the basement…when I think of Diana, though, this 1967 tune comes to mind, for better or worse...not meant as a criticism.

Posted by doomsy at 9:40 AM No comments: 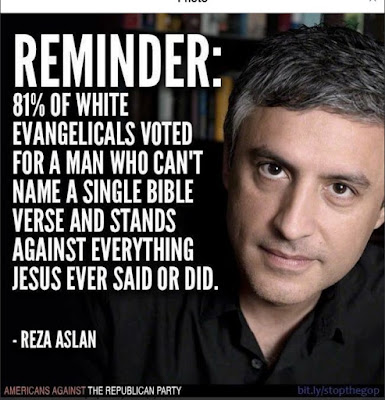 K.O. puts the latest antics of our Impulse Control Issue Problem Child of a president in context – however, I honestly don’t think we should expect Republicans in Congress to do anything about it unless their own political hides are endangered of course; much like the poor, suffering folks of Houston and the surrounding area (who, believe it or not, are due to experience more weather misery), those of Number 45’s party on Capitol Hill are hanging onto their careers before the Gropenfuhrer metaphorically submerges them also – to help the victims of Harvey, click here…

…and this is one of the scariest clips I’ve seen in a while, and it is Thom Hartmann telling us the historical precedent for what will be the likely discrediting of the so-called “antifa” movement (though, to be honest, I’m not sure how much the group is helping – here)…

…and Farron Cousins tells us how evangelicals have basically hoodwinked the vast majority of this country by trying to make it sound like the Repug Party actually gives a fig about them (and of course, they tee off right away on that supposedly socialist Pope Frankie)…

…and I absolutely have to include this summer tune (and one of these days, I’ll actually see “The Pope of Greenwich Village”…inadvertent “pope” segue on my part).

Posted by doomsy at 6:31 AM No comments: 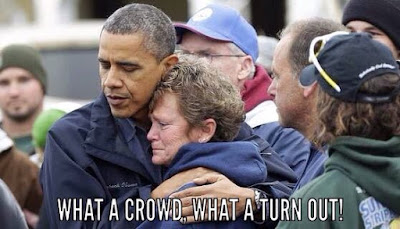 I think we might as well be resigned to the fact that there truly is no bottom with this narcissistic sociopath (more here based on pic)...(more here).

(Also, to help the besieged city of Houston and the surrounding area over the horrendous Harvey flooding, click here – the residents pictured in the nursing home are now safe and dry, by the way.)

…and speaking of Houston, I thought this was a good report on what had a lot to do with the flooding, and that was sprawl that ended up paving over wetlands that could have absorbed a lot of the water (personally, I’ve seen more sprawl in my life than I ever want to see again…there were other factors I’m sure, and the main thing to do now is to help people first I realize and do the soul-searching, and hopefully implement policy and environmental changes as needed, later)…

…and speaking of the flooding, yes, Governor Bully is a highly imperfect messenger on this subject (here), but he’s absolutely spot-on here…

Chris Christie ripped his fellow Republicans in Texas as 'hypocrites' for asking for Hurricane Harvey aid after denying it to Sandy victims pic.twitter.com/nbPJL6mRqi


…returning to the Russia stuff, I know at this point we really shouldn’t be shocked to hear that Generalissimo Trump had a deal to build another one of his ridiculous monuments to utter decadence, this time in Moscow, during the 2016 presidential election, but that is in fact true based on this (Number 45 has made an utter joke of so much pertaining to presidential traditions, and one of those traditions is upholding the emoluments clause, for which he should go to prison for a very, very long time, among other odious reasons).

…and K.O., to his ongoing credit, continues to beat the drum against the Gropenfuhrer and his enablers; God, what a nauseating, nightmarish series of events…

North Korea fired a missile that flew over Japan on Monday pic.twitter.com/yqyC6sKo7X


…and yeah, I would call this a summer tune (hat tip to the teenaged one for this selection).

Posted by doomsy at 3:23 PM No comments: 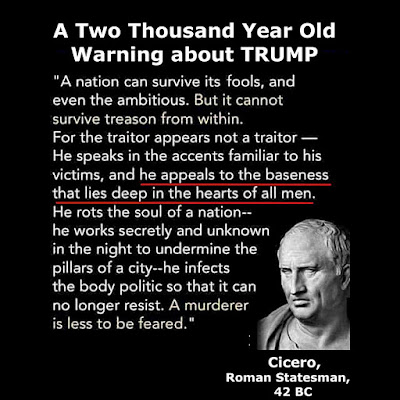 Remember when something like this was actually considered a presidential "scandal"?...

It's been 3 years since Republicans lost their minds over Obama's tan suit pic.twitter.com/48H48dAjq1

…and get ready for more fun with the Congressional Repug fools on the budget and the debt ceiling (and actually, former Rep Jolly, Generalissimo Trump shouldn’t be primaried or “limited” somehow, he should be IMPEACHED!)…

...and I'm winding down with my summer tunes (sigh), but I don't want to forget this also.