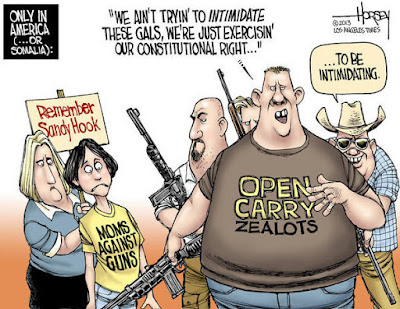 Wow, is Arkansas State Sen. Stephanie Flowers my new hero for this…

…and it looks like former Trump campaign chair Paul Manafort got pretty much a slap on the wrist of a sentence (here), as former U.S. Attorney Barbara McQuade tells Rachel Maddow (make sure you stick around for the last minute of this clip in particular from McQuade)…

…and yeah, “Democrat” Ted Deutch, go whine to Fix Noise and Maria Bartiromo about Dem U.S. House Rep Ilhan Omar, as Cenk and Ana tell us (and I’m sure this will NEVER end because of clowns like Deutch, as Kyle K. pointed out – stuff like this has me genuinely concerned about the prospects of the Dems every actually returning to power and enacting meaningful change that matters if they don’t even have the courage of what are supposed to be their convictions, which Omar has definitely demonstrated IMHO)…

…and to be honest, I didn’t think I’d have time to post anything today, but I did; however, I now have to find another tune for International Women’s Day since I used the one I’d planned already (sorry – boring meta I know)…I guess you could chalk this up to assertive female behavior, among other things (based on that Brad Pitt/Angelina Jolie movie I believe...slightly NSFW).

Posted by doomsy at 1:25 PM No comments: 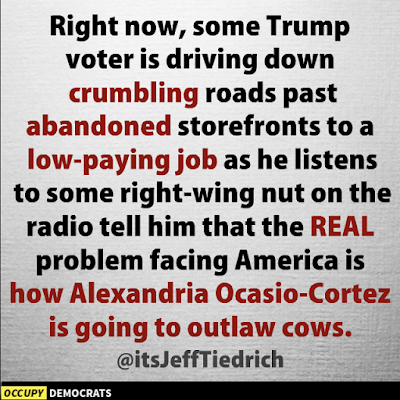 John Iadarola and Brett Erlich of The Damage Report tell us basically that AOC has no more sh*ts to give, as it were, on the question of the impeachment of Generalissimo Trump - good!…

…and yeah, I want to know all about the supposed anti-gun control group that gave the pearls to these idiot gun-humping lawmakers in New Hampshire…it’s pretty damn obvious what kind of message these clowns are communicating as far as I’m concerned; as the Now This video from this link tells us, the best way to respond is to run for office against these asshats…

…and Hasan Piker brings us another “Breakdown” segment with more on Stephon Clark (and yes, apparently he vandalized the truck windows, which was uncalled for, even though we’ll never know for certain because THE COPS SHOT HIM EIGHT TIMES. SIX TIMES IN THE BACK, WHILE HE HELD UP HIS CELL PHONE!...I think Piker's count may be off...and yes, Clark was apparently overcoming a sordid past to be sure, and he shouldn’t have run when the cops told him to freeze – never a good idea – but again…oh, fuck it...just chalk it up to Life In These United States, Part The Infinity as Charlie Pierce might say)…

…and Lawrence O’Donnell tells us the truth about Our Lying, Treasonous, Tiny-Handed Orange Dictator’s exploding deficit, to say nothing of other Congressional Repugs that allowed this to happen from 2016-2018…

…and Sam Seder of “The Majority Report” blasts Bari Weiss and her version of anti-Semitism – the framing of the question by Meghan McCain on “The View” was bullshit of course…and I know I already commented on the Ilhan Omar 9/11 poster previously (oh, but McCain haz a sad here…boo freaking hoo!...and Kyle Kulinski is exactly right, by the way - expect the Repugs to beat on Ilhan Omar forever now because the Dems shows an iota of squeamishness on the matter, in their eternal, dunderheaded stupidity...and I'm looking at you, Nita Lowey - here)…

…and I know I’ve been late with some milestone-related stuff lately, so I’ll try being early for a change and extend best wishes for International Women’s Day tomorrow.

Posted by doomsy at 3:52 PM No comments: 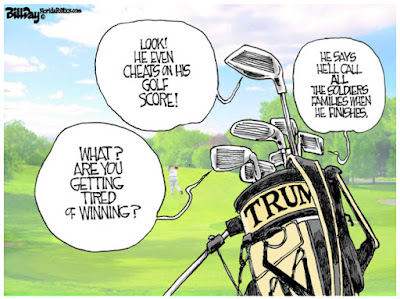 I know I included some of this AOC stuff before, but I definitely wanted to include this clip because of her linkage to the Gropenfuhrer and his golf courses (and related to that, I give you this…and on another related note, I think this is just way too funny...if I didn't know better, I'd think Lawrence is "hitting the sauce")…

…and I absolutely loved this exchange between Dem U.S. House Rep Katie Porter and Equifax CEO Mark Begor, as Sam Seder tells us; like the prior clip, you can file this under elections having consequences, people…

…and Kyle K. tells us about the 9/11 poster featuring Dem U.S. House Rep Ilhan Omar on display in the West VA House of Delegates; yep, pretty damn disgusting – and if I were to guess, I think this is yet another example of people who apparently didn’t suffer the loss of a family member of friend on that awful day feeling like they can use it once again for propaganda purposes; I largely agree with Kyle, but that being said, I think we can have an intelligent discussion of differing points of view as noted here, but the poster Kyle talks about does not count towards informed dialogue in any way, shape or form, and that’s putting it mildly…and oh yeah, “double standard” much, Gym Jordan? (here – and as far as I’m concerned, this proves Kyle’s point even more)…

…and Reverend Al tells us here that no charges will be filed against Sacramento or Tulsa police in the shootings of Stephon Clark and Terence Crutcher, respectively (here – yeah, I’m sure cops in my ‘hood will appear with guns drawn while I’m out at night talking on my cell phone…uh huh)…

…and Thom Hartmann gives us more comparisons between Generalissimo Trump and Nixon (and on the subject of Trump and cover-ups, I give you this)…

…and from the era predating “Tricky Dick” slightly, I give you this tune; hat tip to Crooks and Liars for reminding me recently (though I’m behind a bit again I know) that Buffalo Springfield released its debut album on March 3, 1966, with this song as its first single (which, amazingly to me, didn’t even break the Billboard Top 100).