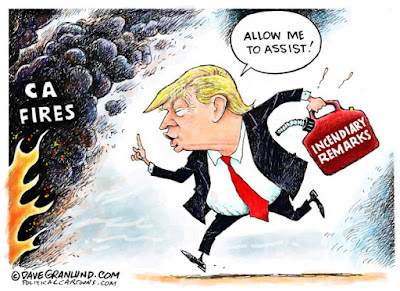 Yeah, blame those damn tree huggers for the CA wildfires all right – of course, that’s typical Trumpian nonsense, as Farron Cousins tells us…

…and I think that’s the best possible segue I could ask for to the latest installment of “This Day in Doomsy History” (more or less) from 8/9/13, in which we learn about Chucky and Davey Koch and their climate change denial apparatus – more here…

..and yeah, I think Jimmy Kimmel gives the whole “Space Force” thing the treatment it deserves here, though I can never tell if Fred Willard is joking or if he’s serious (I actually posted about this here, believe it or not, bringing back the Wordpress site at least for now)…

…and Kyle K. tells us that the so-called “Right (Not) to Work” law in Missouri was rejected this week – hooray for our side! (NSFW – the last minute or so of this is particularly good IMHO)...

…and I think this is a good summer tune for a sunny Friday in these parts.

Posted by doomsy at 2:57 PM No comments:

Gee, isn’t it nice when one of the leading industrialized nations speaks out for human rights? You know, like WE used to do (leading to the expulsion of Canada’s ambassador Chrystia Freeland, discussed here by Gordon Duff of Veterans Today…yes, PressTV is partly funded by the Iranian government, but I don’t think that de-legitimizes the story…more here, here and here)…

…and Chris Hayes tells us about Trumpster FCC head Ajit Pai lying again, this time about their site crashing again in response to a call from John Oliver to try and save Net Neutrality (I have a feeling this will be the very last video I ever use from MSNBC’s site, though I may use what I can from YouTube instead – MSNBC’s site has been horrible forever, and it just keeps getting worse and worse, so I’m done)… 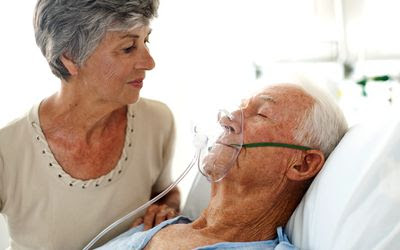 …and gosh, it looks like Generalissimo Trump is trying to find a new way to kill us (I think some important context on this is here, by the way)…

…and I don’t totally agree with Kyle’s assessment of religion, though he’s right that too many people have used it to justify all kinds of crap, but I think the statement from Pope Francis about the death penalty is noteworthy (still thinking about it to be honest, though it does show more consistency from the Catholic Church on this when you think about the whole "pro-life" thing too - as I said, I'm still pondering it), so that’s mainly why I’m including this (could also do without Kyle’s inane references to a “sky wizard,” though I know that’s just how he rolls, you might say – NSFW)…

…and Hasan Piker of TYT brings us the “breakdown” on Stuart Varney of Fix Noise caterwauling about “SOCIALISM! SOCIALISM! SOCIALISM!” in Venezuela, though, as you might expect, “socialism” is in the eye of the beholder, you might say…I agree with Piker’s analysis, except for the part about Maduro and the alleged “drone strike” (here - mildly NSFW also)…

…and yesterday was International Cat Day I know…well, today is International Book Lovers Day – never thought I’d have an excuse for this tune, but I’m glad that I do at long last.

Posted by doomsy at 9:45 AM No comments: 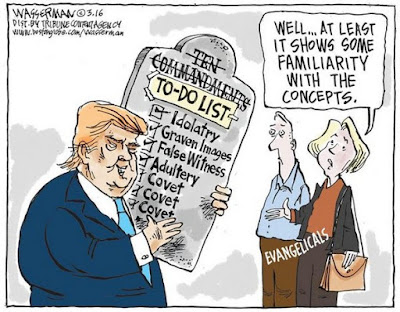 Cenk and Ana of TYT tell us about the segment Alisyn Camerota of CNN recently hosted that highlighted an apparent rift between MAGA nitwits who, for my money, refuse to see reality, and Trump voters with genuine regrets; yes, I’m tempted to trash the latter group too, but if someone’s making a good faith effort to “make straight their path,” then that would be wrong on my part (Cenk is ON FIRE at the end, and boy is he right)…

…and Lawrence O’Donnell hosts retired Gen. Barry McCaffrey and Jason Johnson here; I honestly try to avoid much of the “Trump is crazy!” stuff because I think that issue was settled long ago, but I think McCaffrey has a unique and important perspective, though I greatly disagree with him about Mike Pompeo… GREAT point by Johnson at the end about Trump’s racism basically being a national security issue…

…and Farron Cousins of “Ring of Fire” tells us that half of all Repugs polled think Trump should be allowed to shut down media outlets…and how the hell am I supposed to find some kind of common ground with these life forms? And I’d also like to find out more about this “12 percent of Dems” who actually agree with our Treasonous, Tiny-Handed Orange Dictator on this.

(Also, though I agree with Cousins’ assessment of the corporate media overall, I think he’s wrong to say that the California wildfires have been ignored - though maybe you could argue “under-reported” instead – and yes, while MSNBC continues to report on RUSSIA RUSSIA RUSSIA for ratings I realize, I think it’s also important that they keep doing what they’re doing because the story warrants this kind of coverage.)

(In addition, this segment is kind of funny in a “gallows humor” kind of way when you consider how our conservative house organs masquerading as newspapers in this area – and yes, I’m talking about the Inky and the Bucks County Courier Times – cater so slavishly to the right wing, lizard-brained bipeds who would so quickly throw them over if “Dear Leader” ever gave them the word.)...

…and, as a bit of a change of pace, allow me to point out that today is International Cat Day (kind of makes me want to hear this tune from one of the silliest movies ever made – but still fun in a ‘60s, hare-brained kind of way). 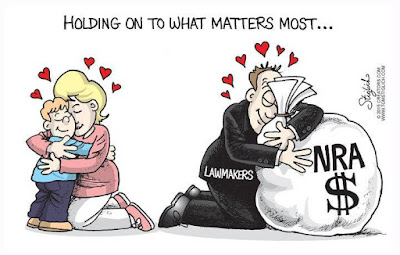 Gosh, it looks like the NRA is getting hammered for some, shall we say, record-keeping irregularities in New York, though, to be fair, it’s more than a little hypocritical I think for Cenk to bash MSNBC for “All Russia, All The Time” (here) when he also reports on what that country’s up to here…

…and Seth Meyers brings us up to date on the latest insanity from Generalissimo Trump (and EVERY Repug who fails to speak out against all of this shares some measure of guilt for this nightmare as far as I’m concerned, including this fraud, who of course refuses to breathe a word about this also - to do something about that in PA-01, click here)…

…and as anyone with at least a double-digit IQ has figured out, the point of the Iran nuclear deal was to stop its manufacture and proliferation of NUKES, NOT to stop its support of terrorism and its other bad behavior; I realize the Gropenfuhrer and his lizard-brained minions don’t understand this, but actual adults know that there are times when you can’t get every stinking thing that you want and you have to settle for half a loaf for now and try to get the rest later…yeah yeah, I bleeping know…MAGA MAGA MAGA MAGA MAGA MAGA MAGA!!!!!!!...

…and I actually have to give the “Morning Joe” bunch (and CNN) credit for unearthing this clip about Mike Pence, though I think it’s more than a little sickening to hear religious pontification from Scarborough, who made his bones hating every single stinking thing the Clintons ever did…and Mika B.’s comment about 5:25 about Pence supposedly forgetting what he is is truly uproarious – THIS IS EXACTLY WHAT PENCE IS AND WHAT HE HAS ALWAYS BEEN – A DISGUSTING, MISOGYNIST (and probably other stuff) HYPOCRITE!!! And even though everyone on this show is fundamentally right IMHO, I can’t think of a word to describe my disgust over the fact that nobody really paid attention to our Treasonous, Tiny-Handed Orange Dictator like this in 2016 when they should have done so…

…and I’ve been meaning to get around to this tune from Jonatha Brooke’s “The Works” project about unpublished Woody Guthrie songs – hope you like it. 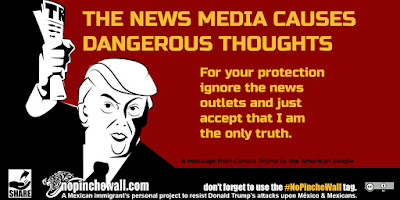 I thought this was a good editorial from Katy Tur of NBC News, though it's absolutely pathetic that she needed to say these words (here)...

…and Cenk and Ana of TYT tell us more about the Gropenfuhrer trying to roll back Obama-era rules, this time on car pollution (great points about certainty and also the laughable claim that the Repugs support “states rights”)...

…and I know this is shocking, people, but guess what – the vast majority of this country got hosed on the Repugs’ latest tax scam (and yes, it bears repeating I know – Farron Cousins explains)…

…and Nancy MacLean of Duke University sounded the alarm about the potential for an “Article V” convention on “Real Time With Bill Maher” recently, and here’s more on why we must oppose that from Robert Reich (yes, believe me I know it’s exhausting to fight battles day and night like this, but forget the damn tweets for a second – THIS is the “long game,” people)…

…oh, and speaking of the most recent episode of “Real Time,” I think these words from Steve Schmidt should be played on a 24/7/365 rotation from now until November 6th at a minimum…

…and given the heat index outside, I think this is as good a time for this tune as any.