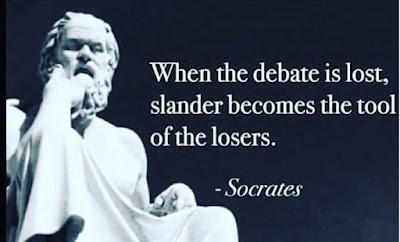 Sam Seder and the TMR crew tell us about the push-back from Lt. Col. Alexander Vindman against Gym Jordan – by the way, I hope everyone who has trashed the Dems at various points for handling this hearing on the Gropenfuhrer’s illegality with Ukraine will give them credit for basically burying Number 45, if you will, through expert testimony…yes, I think they should have managed to work in the emoluments violations also, but they need to keep this as simple as they can for the American voter; sorry if that sounds snarky, but it’s true…

…and this WaPo clip is a bit of a compilation of Dr. Fiona Hill’s testimony yesterday (more here)…

…and Robert Reich provides some historical context on this here (and speaking of presidents, I haven’t forgotten about this)…

…and speaking of Mango Mussolini, I’m sure Susan Collins will be “very disappointed” to hear about this (to help Collins feel even more disappointed, click here)…

…and in the matter of our Orange Pestilence and elections, Farron Cousins tells us that Trump recently endorsed LA gubernatorial candidate Eddie Rispone, who ended up losing to Dem incumbent John Bel Edwards…

…and Kyle K. gives us an example of Bernie Sanders absolutely nailing it in the recent Dem candidates presidential debate on a question about Afghanistan and how our military is so badly over-extended…

…and this TYT clip tells us that Tweety thinks BERNIE IS TOOO STROOOONG!!! (truly hilarious – a little surprised to see Cenk on the panel since he’s a declared political candidate at this point, but I’m OK with that)…

...and happy birthday to Tina Weymouth of The Tom Tom Club and Talking Heads. 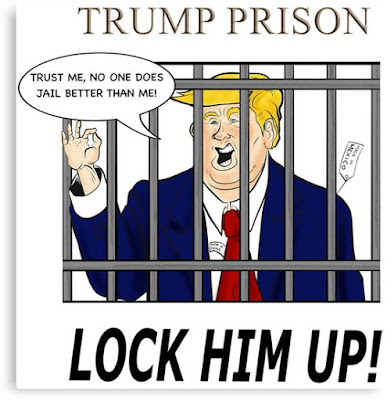 It looks like Gordon Sondland put the entire ruling Trump regime, along with RoJo as well apparently, into a little box titled “quid pro quo” wrapped in a ribbon with Putin’s face on it (possibly - more here)…

…and Seth Meyers tells us about prior hearings with Jennifer Williams and Lt. Col. Alexander Vindman…

…and it’s probably too much to ask for Mike Pompeo to go to prison just like his criminally stupid and inept boss, but it sure would be sweet if he did, as Brian Tyler Cohen tells us (this clip is particularly good because of the push-back against the scurrilous attacks against the Obama Administration on Ukraine, among Pompeo’s avalanche of utter lies - oh, and isn't this interesting?)...

…and I definitely thought this was more than a little bit of insight into “Mayor Pete” from John I. and Ana of TYT featuring a clip of the South Bend mayor talking to some Teahadists back in the day…

…and gosh, color me not shocked; the “Morning Jo(ke)” crew just loves them some Buttigieg big time anyway (and on the Indiana mayor and SC, I give you this once more)…

…and I keep telling the title of this song to myself whenever I contemplate the utter nightmare of alleged “governance” going on in this country thanks to the MAGA crowd and various other complicit bad actors, including, once more, this guy, who remains silent as death on the subject.

Posted by doomsy at 1:08 PM No comments: 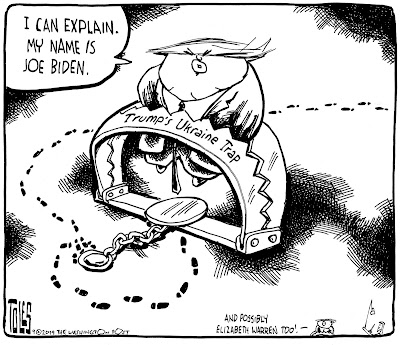 It’s kind of late in the game for this as far as I’m concerned, but kudos to Dem U.S. House Speaker Nancy Pelosi for refusing to let the so-called "party of Lincoln" propagate their typical “Don’t look there! Look over there instead!” nonsense, which they’ve been practicing for at least 30 years, but the difference this time is that the stakes for our democracy have truly never been higher in the matter of the Gropenfuhrer’s impeachment hearing, as Brian Tyler Cohen explains…

…and Andrew Ross Sorkin, among others, has been an apologist for the “one percent” for a little while now, so this behavior is par for his own wretched course, if you will; the story has to do with CNBC apparently getting ready for the fainting couch over Dem U.S. presidential candidate Elizabeth Warren going after billionaires on tax policy...

…and as Kyle tells us, it looks like Cenk Uygur is running for Congress to fill Katie Hill’s seat (I think this is some particularly astute commentary from Kyle about income levels in voting districts – to help Cenk, click here)…

…and I now give you the latest installment of “This Day In Doomsy History” from 11/18/09, with a Brave New Films segment called “16 Deaths Per Day” (here) having to do with workplace safety violations.

To update this somewhat, I should point out that OSHA is under the DOL run by Labor Secretary Eugene Scalia, who worked hard to overturn a Clinton-era law to protect workers against repetitive strain injuries in the workplace, and he defended SeaWorld when a killer whale killed a trainer (both noted here). However, this tells us that some former DOL officials have said that Scalia has been "very supportive of enforcement litigation to vindicate the rights of workers, both at the trial and appellate levels," to be fair. The Wikipedia article, though, also tells us Scalia “has a long record of defending major corporations against financial and labor regulations” and “Since 2003, he has defended Wall Street firms against financial oversight.”

There are a lot of links out there to worker accidents and citations against companies for safety violations, but I really couldn’t come up with data indicating any trends. I mean, I’d love to think that the number of workplace incidents have decreased, but given that we’re living under the Trump regime, I’m skeptical of that claim for that reason alone (though this was a recent related story that was positive IMHO)…

…and as somewhat of a lapsed NHL fan, I had a bit of passing interest in the latest drama involving Hockey Night in Canada’s Don Cherry, but for all of the reasons David Doel so astutely notes, Cherry’s comeuppance was LOOONG overdue (and this was about as predictable as flatulence after an attack of indigestion)…

…and happy birthday to Graham Parker.

Posted by doomsy at 2:29 PM No comments: