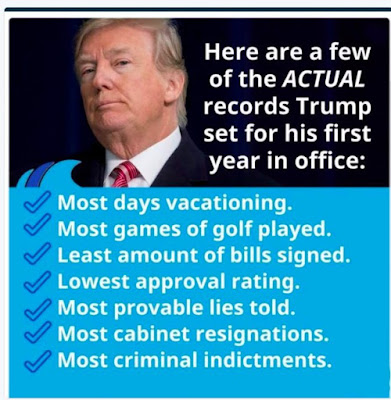 Robert Reich tells us how to fight back against the Gropenfuhrer and his non-stop lies (and by the way, I’m pretty fed up at this point with media commentators of any stripe who say we should be “afraid” over all of this with Number 45 – what we should be is PISSED OFF and MOTIVATED TO VOTE in a few weeks AND MOBILIZED TO HELP OTHERS DO THE SAME)…

…and Pap and Farron Cousins tell us what kind of conditions Jeff Bezos’s employees have to deal with, to say nothing of the “goon squad” going after Bezos’s workers and anyone else who actually criticizes him – makes me feel bad every time I have to buy something from Amazon, to say nothing of reading the WaPo (and once again, I know this is from The Putin Network, but again, the reporting looks solid…and AWS is VERY profitable, by the way)…

…and kudos to Gen. John W. Nicholson Jr. for this (telling us to get the hell out of the land where empires crumble), as Kyle K. tells us – I understand why Kyle is a little harsh on Nicholson, and he has a point, but at least the departing general is saying something (NSFW)…

…and it looks like we have Round 2 of Hasan Piker and screaming wingnut car guy Graham Allen, this time over Nike and Colin Kaepernick (I swear, they must be lovin’ all of the free publicity from these goofballs like Allen)…

…and I give you the latest installment of “This Day In Doomsy History” (more or less) from 9/8/16 (I watch this and I feel sick – Former President Hopey Changey believed that the voters would see Generalissimo Trump for what he is – even more timely as far as I’m concerned given this week’s mania…we keep saying how unprecedented each week is, and yeah, I think we should pretty much retire that expression, because ALL OF THIS is unprecedented…heckuva job, Trumpsters, Hillary Haters, the “Bernie or Bust” crowd and everybody who didn’t bother to vote at all…and yes, we also need full auditing of votes everywhere which we don’t have because I think a hell of a lot of people were disenfranchised, but somebody like Greg Palast would know more about that than me…and by the way, it’s totally accidental that I included this on the day when Number 44 also gave us this)… 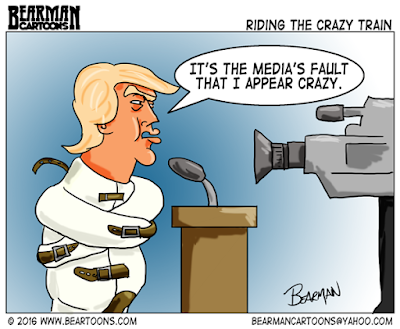 I know it’s not exactly an original observation to say that we’ve been in 25th Amendment territory for a little while now with Generalissimo Trump, but I would say that the events of the last day or so in particular have put a bit of an exclamation point on that…of course, don’t expect this scandalous cadre of thoroughly compromised lickspittles running our executive and legislative branches of government to do much of anything about it; if we needed more of a reminder about the importance of the November election, I would say this is it (NSFW mainly at the very end)…

…and Cenk and Ana of TYT give Supreme Court nominee Brett Kavanaugh the treatment he deserves, but Jeff Flake to me has no guts whatsoever – he gets zero points from yours truly…

…and Farron Cousins tells us more idiocy (to say nothing of fraud) involving Repug U.S. House Rep John Culberson of TX, who blames climate change for his own corruption (the trifecta of “duuh,” apparently)…

…and RIP Burt Reynolds – I always thought this award was thoroughly deserved for “Boogie Nights”…no idea what his politics were, if he had any, and I don’t care (“The old Stradivarius plays better than the new ones.”…nice touch - and I thought this was a nice tribute)…

…and I don’t think it’s time for torches and pitchforks yet, but what do you say to a little peaceful civic disorder?

Posted by doomsy at 1:17 PM No comments: 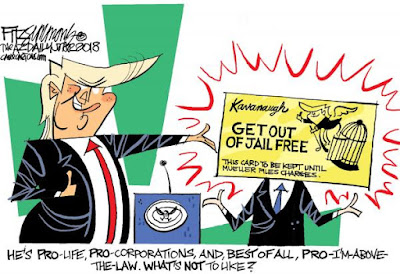 As Seth Meyers tells us here, it looks like The Judge Brett Kavanaugh Utter Lies And Obfuscation Show is well underway in the Senate (and I thought this comparatively late development was particularly stoo-pid) – there’s no way these proceedings should be going on in a “democracy” that wasn’t otherwise utterly bought and paid for by the one percent…in a twisted way, though, Kavanaugh is exactly what we should expect from our treasonous ruling cabal of criminals and other bottom-feeders in that he’s a thoroughly unrepentant liar (to say nothing of a lowdown piece of sh*t for this)…

…and Trevor Noah weighs in on the most recent boycotts (yeah, I think it’s hilarious to see the wingnuts burning the Nike shoes over the Colin Kaepernick ad…and for what it’s worth, I’ll only buy Nike sneakers from now on…as well as the umbrage over the Neil Armstrong film, but here’s a crazy suggestion I know…while I DEFINITELY would not have invited Steve Bannon to ANYTHING, why not just allow him to come anyway? It would be an opportunity to "rip him a new one," you might say. Yes, his positions are thoroughly wrong and indefensible and there’s NO WAY I would find myself in agreement with him, but wouldn’t our side have looked a little more mature if we’d done that instead of telling him not to show up?)

Also, I’ll admit that I’m a little biased when it comes to The New Yorker magazine, and I mean that in a good way. I’ve never read writing that comes anywhere close to the quality of their journalism, but we had to drop our subscription because it became too expensive. If you’re going to deprive yourself and not subscribe over the Bannon flap…well then, as far as I’m concerned (as somebody might have said in an earlier decade), the terrorists have already won (slightly NSFW)…

…and apparently the true cost of the Gropenfuhrer’s typically wrong-headed trade war is coming due to all of us, and it sounds like it’s about $6 billion – MAGA! MAGA! MAGA!...

…and speaking of money, I know I’ve beaten the proverbial drum over last December’s tax con job by the “party of Lincoln” in the past, and I’ll continue to do so (including this clown – to do something about it, click here)…

…and of all of the outrages from the occupant of An Oval Office, I know it’s sometimes easy to forget about Puerto Rico, though we shouldn’t of course – this by itself would typically be enough to relegate the person responsible to the electoral sewage farm at a minimum, to say nothing of actual prosecution…

Posted by doomsy at 2:39 PM No comments: 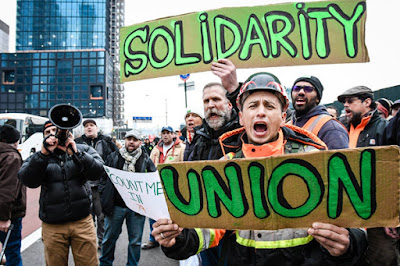 The following video gives us some background on the history of Labor Day and its violent beginning (rights were never GIVEN to us, people, without a fight)…

…and this video marked protests by fast food workers timed for the 50th anniversary of the Memphis municipal workers sanitation strike (if the national Democratic Party had any spine, a $15-an-hour minimum wage would be a plank in the party platform)…

…as noted here, though, the “fight for $15” protests have been going on for about four years (and kudos to Gov. Wolf for this – to reward good behavior, click here, and to do more, click here)…

…and this tells us about the origins of the teacher’s protests (more here), giving some insight into what it takes to carry that load in Oklahoma in particular (and I thought this was noteworthy also)…

…and Robert Reich provides more background (more food for thought on this is here and here, and this, unfortunately, is sadly appropriate IMHO)….

...and here is a song for the occasion.

Posted by doomsy at 7:25 AM No comments: