I thought this was some pretty good push-back against that utter wingnut fraud Laura Ingraham, who of course tried to manufacture an issue against Parkland, FL mass shooting survivor David Hogg (and how dare this human stain invoke Holy Week as a supposed justification for her garbage!) - Ana and the TYT panel tells us about it (more here)…

…and the more I learn about the recent shooting of Stephon Clark, the more I’m sickened by it…


…and Rachel Maddow talks with Leo Shane of Military Times on VA privatization, which to me poses the potential for yet another cruel scam by this cabal of crooks and lowlifes (yeah, David Shulkin was supposedly fine as VA secretary – but of course, with our Treasonous Tiny-Handed Orange Dictator, ANYTHING is possible)…

…and Sam Seder tells us that September and October “scare the hell out of him” when it comes to that lunatic John Bolton trying something ridiculous at the behest of the Gropenfuhrer, like starting a war God forbid – that’s usually when they launch damn TV shows, which this administration of crazies thinks all of this is anyway…

…well, I’m going to try and lighten the mood a bit with this one, with Bill Maher basically just telling studio executives to throw a bone, as it were, to conservatives when it comes to TV and movies (though they tried that once, and I don’t think it was too successful – and in a related story, am I actually supposed to give a crap about Roseann Barr?)…

…and tomorrow marks what would have been the 110th birthday of legendary jazz vibraphonist Red Norvo (changing things up a bit again I guess).

Posted by doomsy at 1:09 PM No comments: 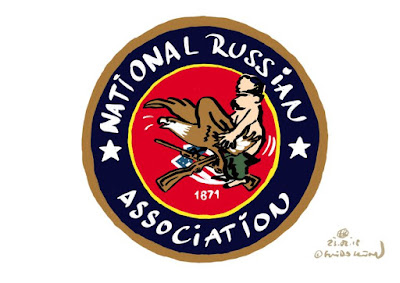 I thought David Pakman made an interesting connection here between the wingnut justification for the NRA accepting donations from Russia and their apoplexy when Planned Parenthood accepts funding from outside sources also; typical conservative double standard…

…and Mike Malloy gives us a NSFW analysis on last Saturday’s marches – he puts it in kind of polarizing, racial terms, but I think he’s right, at least about white people losing what they view as their position of privilege – “it’s because of the guns,” indeed…

…and John and Ana tell us about PA’s U.S. House Repug Ryan Costello, who has decided not to run again (more here)…

…and the prior video touches on the ridiculous gerrymandering in our beloved commonwealth – here is more on that (and no, the Dems aren’t innocent either – it’s just that some Dems are amateur crooks and the Repugs are professional ones...great video from the CBC)…

…and yeah, though I admit it’s kind of an interesting argument, I think the claim for religious protection by the so-called “cannabis church” is going to go up in smoke – heh (as Mike Papantonio and Peter Mougey explain)…

…and speaking of religion, even though it isn’t Sunday, that doesn’t mean we still can’t go to church as far as I’m concerned (particularly since it’s Holy Week, for the faithful). 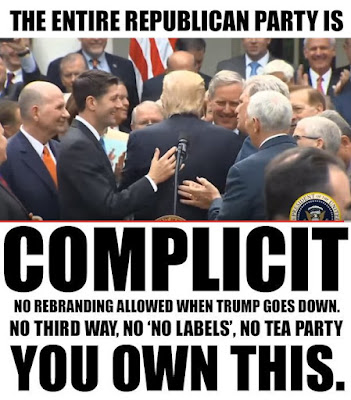 RIP Linda Brown of Brown v. Board of Education, remembered by Joe Scar and company (in a way, I wish he and Mike Barnicle wouldn’t profane Brown’s memory by mentioning our current sorry political state, but on the other hand, I know they’re absolutely right – more here)…

...and Rachel Maddow tells us about the latest nonsense from Generalissimo Trump and his minions, and that is to play games with the 2020 census, despite the outcry from every official of either party who has had anything whatsoever to do with the census previously; Maddow speaks with former Obama Admin official Vanita Gupta (more here)…

…and of all of the unbelievable non-Trump stories out there, I have to admit that this has to be near the top of the list; kind of puts this in context as far as I’m concerned…

This Alabama sheriff bought a $750K beach house with money meant to feed people in prison — and he claims it’s legal pic.twitter.com/hwPX2OjQ0f


…and I’m sure that, as screwed-up U.S. states are concerned, Hosni Mubarak Walker would inflict the same thing on Wisconsin if he could; typical Repug – when you’re losing the game, pull every dirty trick you can to try and change the rules…

Update: Karoli at C&L is all over this here.

…and maybe this will go down as nothing more than grandstanding by former Supreme Court Justice John Paul Stevens, though I still think he needs to be commended for doing good (more here - hard to overstate how wrong-headed the Heller ruling by The Supremes really was)…

…and legendary bluesman W.C. Handy passed away 60 years ago today; here is a great cover of perhaps Handy’s most famous tune.

Yeah, I think these are pretty damn decisive numbers in favor of common sense gun laws, as Kyle K. tells us, and from Fix News no less (NSFW)…


…and Cenk reminds us of what “Zig Zag Zell” Miller once said about President Obama, given Miller’s recent passing – yeah, Gorilla Glue is pretty mainstream stuff, but really, is Cenk so wrong to point out the problem with Miller’s insinuation here? Pretty sad that stuff like this (as well as his utterly despicable conduct towards John Kerry in 2004) is what Miller will be remembered for...

…and it’s also not that much of a stretch given that Bushco’s former defense secretary once compared Number 44 to a trained ape here on 3/25/14, and at the time, I put up K.O.’s first “Special Comment” as a response (yep, it’s time once more for This Day in Doomsy History, more or less)…

…and 23 U.S. House Repugs aren’t seeking re-election, as Farron Cousins reminds us (no doubt seeing the electoral handwriting on the wall, though we all still need to go out and make that happen)…

...and happy belated 70th birthday to Richard Tandy of ELO. 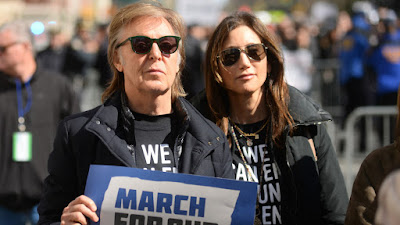 Sir Paul and Mrs. McCartney had the right idea, as noted here. 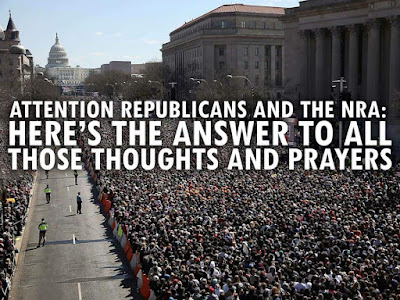 ...and Joy Reid tells us about the March for our Lives on Saturday, with a GREAT ad from vets against AR-15 assault weapons; Joy Reid also speak with Dem U.S. Senator Amy Klobuchar…

Over 800,000 came out for #MarchForOurLives in DC, with hundreds of thousands more rallying throughout the nation pic.twitter.com/YXsZyGOeFd


…oh, and by the way, NRA, gun owners marched also, contrary to your propaganda…

Don't let the NRA fool you: Many proud gun owners believe in gun reform — and they attended the #MarchForOurLives to let the nation know why pic.twitter.com/hjBRUleYMZ


...and I'm not familiar with the singer Andrea Day, but I thought she spoke very eloquently here...

Singer Andra Day explains why she used her music to support student activists at #MarchForOurLives pic.twitter.com/9ezo2tABXb

...and I thought this was an appropriate song for the occasion.

Posted by doomsy at 5:52 AM No comments: