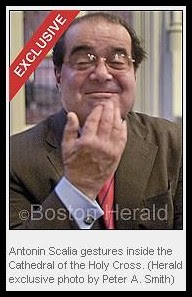 Sorry, but if you’re looking for something like respect and PR in light of this story, you’ll have to look somewhere else.

With his every utterance (either in print or spoken word), gesture and physical act of any kind whatsoever, Antonin Scalia did all he could to antagonize anyone who did not share his political orientation, which is all the more reprehensible because he was permanently ensconced in an institution which is NOT supposed to be political. This post gives but a small sampling of how Scalia looked at our government overall and how that was manifest in his odious rulings (sorry I didn’t do a better job on confirming the sources; of course, it doesn’t help that the CNN link is expired – more is here and here).

It’s not possible to cover in a single post the legal destruction caused by Scalia’s utterly wrong-headed judicial rulings (let’s see, how about Bush v. Gore, Heller – which codified by law the NRA’s propagandistic misinterpretation of the Second Amendment to the Constitution – and dismantling the Voting Rights Act for starters, as well as Citizens United), but this retrospective of sorts from yours truly represents a bit of a sampling.

Thom Hartmann puts Scalia in the proper context IMHO (and to consider Scalia a Catholic is probably the most wrong-headed possible way to categorize him; he never represented any religion I was ever taught or encouraged to practice)…

…and I think Cenk and The Young Turks have done a great job of cataloging Scalia’s insanity (and yes, I think it’s safe to call it that) here; I give you a sampling below…

Update 2/16/16: I also thought this was a typically thorough analysis from Ian Millhiser (here).

…turning to other matters, best wishes for a Happy Valentine’s Day…

…and here is an opposing point of view :-) – might have to crank the volume.

Posted by doomsy at 6:52 PM No comments:

Kudos to these Carrier employees for not holding back on their awful management (here) – I don’t know if I’ll ever need a Carrier product, but if I do, I guarantee that I’ll look somewhere else; I’ve heard a variation of this shit myself, something like “we’ll save $2 million a year by sending your jobs to Mumbai”…

...and I think that's a good intro of sorts to this week's Economic and Labor News from Thom Hartmann...

...and I thought this was a good report by AJAM on the importance of Wisconsin in the fall elections – of course, I don't think it was too swift on the part of DWS (interviewed here) to let the Repugs host their phony-baloney "debates" first, but there you are...

…and to me, this was the biggest non-reported story of the week – yeah, ol’ Hangin’ Judge JR sure has delivered the goods time and time again for conservatives, hasn’t he, as Burt Neuborne says?...

...and speaking of climate, with the winter weather going on in these parts, I have a feeling that you’re going to hear something like this sooner or later…

…and with that in mind, it’s time for today’s regional weather forecast; I don’t know if this will be the coldest night of the year or not, but I have a feeling it will come close.

Do you find yourself wondering how “The Donald” got so “yuge”? I think this is the answer…

…and kudos to Rachel Maddow for continuing to beat the proverbial drum on the Flint water crisis (oh, and by the way, this tells us how you can give that idiot Rick Snyder the treatment he deserves)…

…and the more I hear about stuff like this, the more I believe that Bernie Sanders is on the right track (and way to go, hard-haired middle aged white guy with no clue about “socialism”...the last three minutes of this clip with Cenk are great, by the way)…

I thought this was some pretty intelligent political analysis on the win in New Hampshire by “The Donald” not just on the part of Rachel Maddow, but Lawrence O’Donnell also (here)…

…and turning to Michael Brooks of “The Majority Report,” I thought this was some thoughtful commentary on the appeal of Bernie Sanders; to paraphrase a slogan from another era, IT’S THE MILLENNIALS, STUPID!...

…and kudos to Samantha Bee for this awesome monologue on the candidates of the “party of Lincoln” (here) - NSFW...

…and it’s a damn shame that Al Jazeera America is going to call it quits, because, again, I don’t see this type of reporting anywhere else; the sorry state depicted in this video is overwhelmingly the fault of those numbskulls on Capitol Hill for punting on common sense immigration reform, but Number 44 gets some of the blame here too for stepping up deportation…

…and hey look, Governor Bully decided to give up his hopeless run for the White House (here), though I guess calling it a “run” is a stretch…heh; brings to mind this tune…

…and we saw RT put on another great show last night at the McCarter Theater in Princeton (promoting this), including this number referring to a certain individual in the spotlight at the moment…wonder who it could be?

Posted by doomsy at 7:39 PM No comments:

(By the way, I don’t have anything particularly brilliant to say about the New Hampshire primary, except that maybe the Clintons would do well to discard this strategy of what amounts to trolling women supporters of Bernie Sanders, as noted here).

Meanwhile, I think it’s good once in a while for us to get a reality check in terms of how the rest of the world looks at us, so here is something on that…

…and speaking of world stuff, kudos to our neighbor to the north for doing what they can (including this Hamilton, Ontario man in particular) to help those suffering from the horrors inflicted by the regime of Rick Snyder on the people of Flint, Michigan…

…and Kyle Kulinski tells us of 18 cities and towns in our beloved commonwealth of PA with what is actually WORSE drinking water than that inflicted on Flint, believe it or not (remember this the next time you hear about how wonderful natural gas supposedly is – NSFW)…

…and this is a pretty basic, primitive kind of tune actually, but I think it works, so here it is.

ROFLMAO (here) – makes up a bit for the fact that Bill Maher gave more free air time to that “glibertarian” fool P.J. O’Rourke…

…and Larry Wilmore brings us up to speed on the latest developments with the GOP clown car of presidential candidates here (and what can I say about Jeb! but GENIUS! And after watching this clip, I think I liked “Rubio The Robot” better than the one in the “Nightly Show” clip)…

...and "Too Big To Fail" is still very much alive, according to Bloomberg News (terrific – and shockingly, Jeb! is actually right about making the banks raise their capital requirements)…

Posted by doomsy at 3:21 PM No comments: