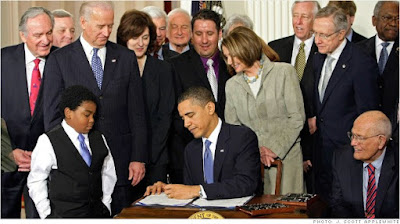 Kudos to the U.S. Senate Democrats for standing firm against repeal of the ACA, which they should do anyway, but still credit where it’s due (and to say that Mike Enzi is a cretinous lying assh*le is the understatement of the new year – “responsible fiscal path”? “Out of control spending”? Mammoth national debt”? “Broken health care system”? Read this, you piece of shit – more here...and here).

And by the way, to learn more about rallies this weekend in support of the ACA, click here (and here)…

…and I know I’m way behind on the stuff with the Repugs trying to steamroll the governmental ethics oversight office (here), but well done by all of those who stood up in response (and why is this not the least bit surprising?)…


...and I thought this was an interesting take by Thom Hartmann on congressional oversight of the Supreme Court, by the way (long but important warmup - gets to the meat of it at about 6:00, and Steve King of all people is behind it; you really have to worry about the "children of the corn" in King's district who keep sending him back to Washington every two years...and I hope Hartmann is right that it won't happen, but we didn't think "Fergus Laing" would actually win the election either, did we?)...

…and yeah, I understand the fact that some Dems facing re-election, including PA’s Bob Casey, made the calculation to oppose Bernie Sanders’s amendment to import cheaper drugs because they get some nice campaign contributions from the pharma bros (and that goes for Cory Booker and Tom Carper too), but their opposition still utterly stinks…

…and K.O. wonders what the hell President-Elect Big Orange Cheetoh will do about our epidemic of gun violence – do you really need to ask? And by the way, this is one of the best interpretations of the Second Amendment that I’ve ever heard... 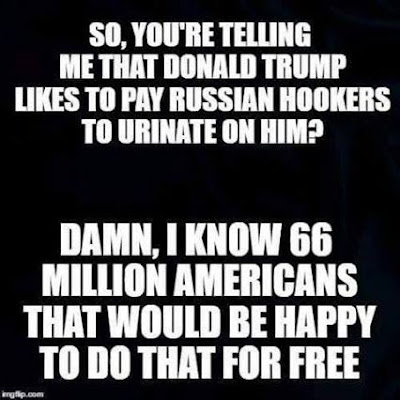 …and you KNEW I wasn’t going to let go of this item from this week, didn’t you (yeah, isn't it a hoot to hear all of our Repug “friends” caterwauling about what could be fake news biting back at THEM, even though they had no problem sprinkling it, metaphorically speaking, all over HRC…? And NSFW by the way)...

…and 55 years ago today, comedian Ernie Kovacs was killed in an auto accident in Los Angeles – can’t tell you I was a huge fan, though he definitely was inventive and paved the way for others to follow…

…and I guess you could call this an almost obligatory tune for this day and date.

Posted by doomsy at 4:09 PM No comments: 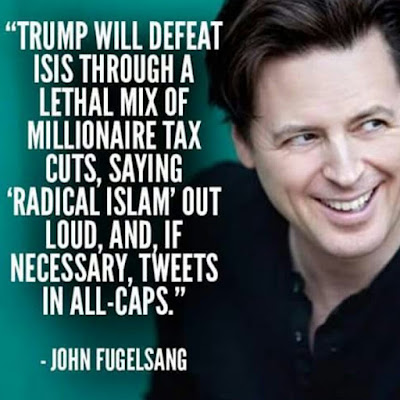 Here's what happens when white Americans taste (what it's like to be part of) the rainbow. #SamanthaBee pic.twitter.com/NlEeyKoUAH

…and nice work here to bust that maggot James O’Keefe and his accomplice – how exactly are these people NOT in jail (here)?...

…and gee, I wonder exactly how many Everly Brothers tunes these guys listened to while growing up? And I mean that as a compliment – great sound.

Posted by doomsy at 3:40 PM No comments: 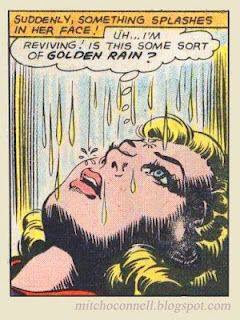 Gosh, I didn’t know Generalissimo Trump was a fan of water sports - heh (here – and Cenk and John of TYT tell us more revelations here…and when it comes to the truly stomach-turning stuff, soon-to-be Number 45 – ugh – said the charges were disgusting, which they are, but he didn’t say they weren’t true)…

…and K.O. does us a service here by trying to patch together all of the tweets from President-Elect Tiny Hands about Russia and the hacking – can’t imagine the effort he’s putting into all of the lying and trying to keep his various stories straight – truly delusional (not referring to Olbermann of course)…

…and President-Elect Big Orange Cheetoh is also proposing what I would consider disastrous cuts in funding for jobs in renewable energy, as Farron Cousins explains (both for our economy and, more importantly, the environment)...

…and I’m starting to wonder whether or not this should be the ringtone for “Donald Drumpf.” 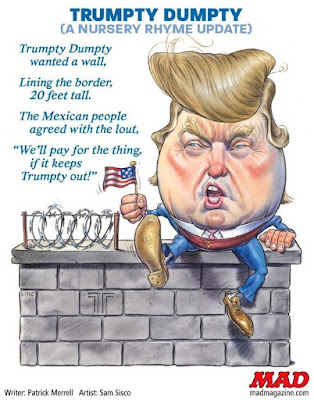 So President-Elect Twitter Temper Tantrum Baby first says Mexico will pay for his precious stinking wall, but now he’ll try to get taxpayers to pay for it instead. Sad! (and yeah, cause MORE unrest in Mexico and turn the whole damn country into a failed narco state right on our border - GENIUS!! And an update is here.)...

...and Kyle K. tells us about Bernie Sanders trying to speak truth to stoo-pid (namely, to some Fix Noise humanoid) at a town hall; yeah, some specificity on those supposedly burdensome Obama taxes and regulations would be nice (NSFW)…

…and he’s good enough, he’s smart enough, and doggone it…OK, I’ll stop – Sen. Al Franken finds what you would call an inconsistency at the very least (an outright lie at the most) in the testimony of Jefferson Beauregard Sessions III during the hearing for Sessions’ nomination for Attorney General, a particularly ghastly one in the “cabinet of deplorables” from President-Elect Fergus Laing (here)…

...and K.O. brings us the necessary context on whether or not Generalissimo Trump will actually have a news conference tomorrow or not...

...and kudos to Charlotte Church for this.

Posted by doomsy at 5:18 PM No comments:

And yes, after this great speech by Meryl Streep, President-Elect Tiny Hands had his inevitable Twitter tantrum (here)…

...and this is one of the very finest pieces of news reporting and commentary that I’ve yet heard on all of the stuff about Trump and his help from Putin to get elected, and I guess it isn’t surprising that it comes from Shep Smith; great, great work…

...and K.O. is out with #17, taking a calmer demeanor, though I'm fine with the outrage too (and I get the John Edwards thing, by the way, but try reading "Four Trials" first before you call me a rube, OK?)...

…and did somebody say “fake news”? That said, there is very definitely a scheme behind this utter madness, as Rachel Maddow explains…

…and yesterday marked what would have been the 70th birthday of David Bowie – yes, I know I’ve featured a lot of his music, which I think is completely deserved; I can’t think of any genre he worked in where he didn’t excel, and that includes covers like this one.