Bill Maher laid into The Mittster a week ago during New Rules and made some good points; I was going to search for the clip, but then I came across this from Stephen Colbert, which is probably a little better...

...and yeah, Willard Mitt has been a "man in motion" all right (even though he managed to keep his campaign staff, unlike somebody else - almost too funny for words).

Hopefully back to more posting tomorrow – this is a recording, I know…

I think the Weiner thing is now officially too bizarre for words (or, as Atrios might put it, “the Weinis meets the Clenis”)…

…and today marks what would have been the 120th birthday of music legend Cole Porter; here is one of his most famous works (P.S., I also featured one of his tunes two nights ago...interesting guy who ended up living a life with a lot of tragedy).

Yeah, let's watch and see what happens with crap like this if Willard Mitt wins the Repug nomination ...

...and I read this (h/t Atrios) and I find myself thinking of this song ("is it ever gonna be enough"? indeed).

Posted by doomsy at 8:29 PM No comments:

I think this requires a replay of this fine commentary by Lawrence O’Donnell from a few months ago (bang bang, wingnuts – why do you hate America?)…

…and yep, it looks like the thermometer is going to tick upwards by a bit over the next few days in these parts, so here’s a timely tune with an important message (the numbers are a little dated at this point, but it all still bears repeating).

Posted by doomsy at 8:56 PM No comments:

Oh, and as long as we’re continuing to pile on Anthony Weiner (And by the way, CNN, why do I now have to know about Weiner’s wife too? Any pics on Mrs. John Ensign?), let’s just take a breath and remember something, OK? 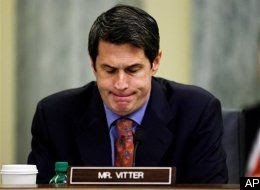 This guy consorted with prostitutes and continues to serve in the U.S. Senate. And don’t give me that crap about how the voters of Louisiana, in their eternal, dunderheaded stupidity, sent him back to Washington. He should have had the guts to quit long before then.
Posted by doomsy at 2:27 PM No comments:

This brought the following scene to mind…

…and speaking of food, I give you another tale of capitalism run amok (here)…

Save The Farm Trailer from Cinema Libre Studio on Vimeo.

…as well as the stupidity of voters in this country who continually elect the frauds on display here (“Democrat” Party, Baby Newtown Leroy? I’m still waiting for details on that space-based air traffic control system of yours)…

…and yep, this works for me too (h/t Thers at Eschaton – don’t quite get all the references to what appears to be Irish politics, but oh well...shape of things to come, maybe?).

Posted by doomsy at 7:05 PM No comments: