Congratulations, Harry Reid – because you suck at your job, a leading Dem progressive said “screw it” and decided to walk away (here – and no, I don’t know that, but it’s at least a reasonable suspicion).

I see Obama’s second term unraveling already before my eyes because of stuff like this; love to be wrong…

…and the guy who once tried to link disabled Vietnam war hero and former Sen. Max Cleland to al Qaeda is leaving too (here); naaaw, Chambliss wasn't afraid of being primaried...not much he wasn't...

…turning to music, legendary composer Jimmy Van Heusen would have been 100 today; here is one of his legendary standards…

…and here is a video that is actually from this decade for a change, I know. 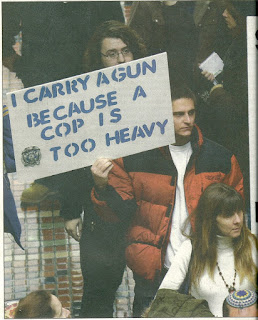 I give you a Foto Funny from the Bucks County Courier Times yesterday; this appeared on the front page (I guess his brain is too heavy also).

Onto the videos…looks like she’ll have plenty of time now to try and see Vladimir Putin from her house, or something, based on this (don’t know if that’s really Palin or Tina Fey, and at this point, I don’t much care)…

…and no, this doesn’t reflect well on Number 44 (I’ll take what hope I can get at this point and wait a little bit longer for change - don't suppose I have much choice)…


…and in music notes, Warren Zevon would have been 66 yesterday…

…and here is our regional weather forecast; as somebody on TV once said, let’s be careful out there.

Posted by doomsy at 9:10 PM No comments:

Oh trust me, Ed, we are – once again, Harry Reid brings a knife to the proverbial gun fight; what bleeping good does it do to respect the process when the process is broken (interesting speculation on the potential assault weapons vote – dunno; my suspicion is that that fear is a bit overwrought, but maybe not)…


…apparently it is necessary for me to provide examples to the Senate Majority “Leader” of how a real Democrat is supposed to act, so here is one…

…and here is another…

…and somehow, as I pondered all of this, I ended up thinking about this song (concerning Reid, I mean).

This five-minute clip tells you all you will ever need to know about the “OMIGOD TEH DEFICIT IS SO AWFUL SO AWFUL SO AWFUL OUR POOR CHILDREN AND GRANDCHILDREN!!!!” kabuki going on right now in the Beltway (and elsewhere)…

…and oh yeah, I’m sure this will really help the Repugs win over that “binders full of women” voting bloc (Rand Paul is an idiot, John McCain is now, sadly, a doddering old fool awaiting his next call for one of the Sunday morning gab fests – which will surely come – and Ron Johnson is another Repug grifter bemoaning the ills of “big gumint” while he got a nice loan to start his business, thank you very much…he also fronted for the Green Bay archdiocese while it shielded pedophiles)…

…and yeah, here is another message song.

Yep, it actually sounds reasonable to me too (and by the way, there’s no private security for the Obama daughters at their school, nor should there have to be, hopefully not ever)…

…and oh yeah, today is the 40th anniversary of Roe v. Wade – will never forget when the decision was handed down…the Catholic Standard and Times ran with pics of fetuses in jars for six months; definitely made an impression, but probably not the way they wanted - we needs LOTS and LOTS more women politicians (and how sickeningly ironic it is that people who clamor the loudest about “big gumint” support government action that is intrusive in as personal a manner as it could ever be…the last minute or so of this has some hugely important information for the “millennials”)…


…and there will likely be a few milestones to observe this year mainly as an accident of timing, and here is one; Lyndon Baines Johnson died 40 years ago today (let’s put aside the fact that he helped to escalate the Vietnam War and remember this among other highlights of his term instead, OK?)…

…and speaking of presidents, it was good to see JT at the recent inaugural bash, as noted here (and I’ll bet he didn’t even lip-sync :- ).

All the best, Mr. President…

…and oh yeah, about those 23 executive orders to try and bring some sanity on the gun issue…

…and as I noted here, the Bucks County Courier Times in these parts has been in true take-open-palm-and-smack-against-forehead mode lately - whenever they screw up, I put up this video; expect to hear it a lot…

…and I have a feeling this song will be played a couple of more times this year, but it definitely fits for today (from the guy who once had a hit with “Runaround Sue,” let’s not forget).

Posted by doomsy at 7:18 PM No comments: 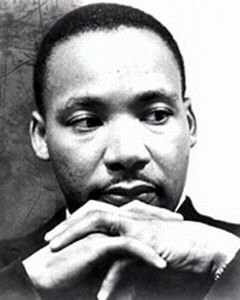 President Obama issued a proclamation here in honor of Dr. Martin Luther King, Jr. in 2011, and this post from 2006 concerning Dr. King is every bit as timely now as it was then.

Also, here is an excerpt from a speech given by Dr. King at the Barratt School in Philadelphia in 1967.
Posted by doomsy at 11:33 AM No comments: