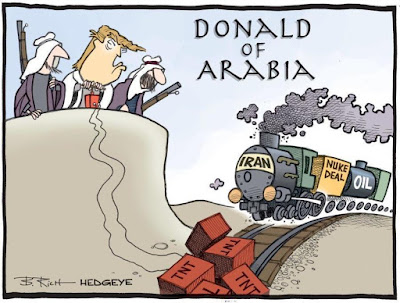 (I may shut this down for a few days after this, just to let you know.)

Seth Meyers gives us the latest on the Gropenfuhrer and (God help us) the potential of war with Iran, which no sane person wants (and I realize that automatically rules out our Treasonous, Tiny-Handed Dictator Wannabe – I hope Meyers retires the whole “sideways glance” shtick…it was cute at first, but now it’s just old, and I’m sure he knows it…and oh yeah, apparently “Onward Christian Soldiers” Pence really wasn’t bitten by American Pharaoh – I say that because the horse didn’t immediately retch and die after doing so)…

…and Lawrence O’Donnell talks with freshman Dem U.S. Rep Elissa Slotkin of Michigan (a rather disgusting update on the striking autoworkers is here, not because of the workers I hasten to add…Slotkin loses me a bit in the discussion about the drone strike on the Saudi oil fields, automatically blaming Iran, though she’s definitely right about “drawing a breath” on the issue)…

…and Brian Tyler Cohen gives us his typically well-informed take on the perjury of Corey Lewandowski during the House Oversight Committee hearing yesterday – womp womp (this maggot Lewandowski should have been held in contempt, though the problem of course is that such a citation would have to be enforced by notorious Repug fixer Bill Barr, which will never happen in about a trillion years…I realize it’s definitely beyond the scope of thinking, rational people no matter which political party we’re talking about – though anymore that’s the Dems by default – to deal with these Trump cretins, but the Dems are trying to stick to regular, orderly procedure while the Repugs insist on playing Calvinball…even though it wouldn’t have amounted to anything as I said, Lewandowski should have been clapped in irons for that “Mueller Report Pg. 90” nonsense by itself...an update is here)…

…and I now give you the latest installment of “This Day In Doomsy History” (more or less) from 9/16/19…I wish Jason Kander all the best with his PTSD issues; glad to hear that he’s coming back to the political spotlight you might say, and I had him in mind after this recent tweet, which I think gives us enough of an excuse to bring back this truly great ad that he ran against Missouri Repug Sen. Roy Blunt in 2016, particularly in light of this from #MassacreMitch…yep, just trying to run out the proverbial clock on the horrific gun slaughters that continue in this country, hoping that people don’t pay attention until the next mass shooting which, given our awful lack of sane gun policy in this country, I’m afraid is inevitable…

…and here is a “Young Turks” clip with Cenk from 2014 on Cokie Roberts...yes, praise her for her many journalistic accomplishments, but never, ever forget that she was a charter member of our Beltway courtier media class – not trying to tear her down necessarily, but only trying to be fair…in her way, she helped grease the proverbial skids for more Repug electoral wins…and please, get breast cancer screenings every single year – vitally important; all cancers are bad, but this one is an MFer because it metastasizes quickly and in all kinds of hideous ways…

…and what do you say to a little mid-week blues as we enjoy the nice weather in these parts?

Posted by doomsy at 3:09 PM No comments: 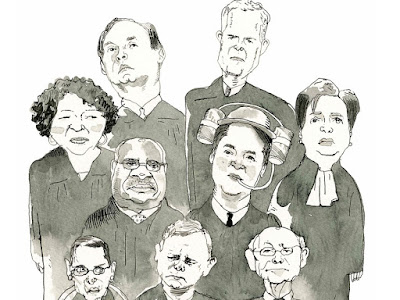 I would say that it’s pretty damn obvious by now why the “party of Lincoln” wanted no parts of Deborah Ramirez during the Schlitz Kavanaugh confirmation hearing based on this – the clip below with Katy Tur and Heidi Przybyla reminds us how the allegations were treated the first time around (and once more, the expression on the face of Kavanaugh's wife speaks volumes as far as I'm concerned)…

…and the TMR crew, including Heather "Digby" Parton, tell us about Beto O’Rourke’s reaction to AR-15's from the last Democratic debate (I definitely agree with him in principle, but I don't know of a practical way to get all AR-15's out of commission...as much as I hate to admit it, they're people's property and I don't think you should just arbitrarily take them...don't have a better answer unfortunately...and yeah, I'll keep my eye on Chris Coons also)...

Update: Wow, THAT didn’t take long (here) – not sure how much combat Coons could have seen at Yale Divinity School; as soon as I find out who will primary Coons (who’s up for re-election in 2020), that person can count on a contribution from yours truly.

…and Brian Tyler Cohen tells us about the Gropenfuhrer actually entertaining the possibility of bringing the Taliban to Camp David for peace talks around the 9/11 anniversary (once more, if a certain 44th President of the United States had entertained such an idea, all the Fix Noise talking heads would have stroked out in an apoplectic fit – I think Chris Wallace took it easy on Pompeo here because I’m sure Wallace got spanked over his last Pompeo interview, where I think Wallace did a good job...Pompeo is of course a pompous ass, which makes him perfect for this administration)…

…and Robert Reich tells us about the GOP’s plan to hold onto power in next year’s election – we all need to make sure we vote for Democrats like our lives depend on it, because that may very well be the stakes…

…and man, all of a sudden, it’s a bad time for “classic rock” performers – RIP to Eddie Money…