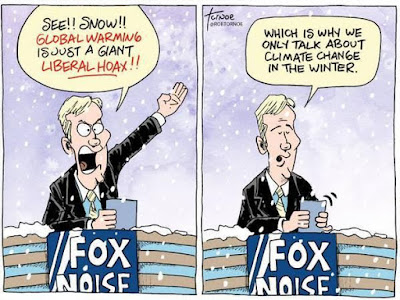 You may have heard by now about a certain video that is going absolutely nuts online about Dem CA Sen. Dianne Feinstein meeting with a bunch of school kids about supporting the “Green New Deal” as put forward in the Senate by Feinstein’s fellow Dem Ed Markey of Massachusetts (one link is here.)

Also, it should be noted that there is, apparently, an edited, abbreviated version out there which puts Feinstein in a bad light. Well, if you can get to it, I definitely recommend that you watch all 6 videos in the sequence from here (starting with her greeting to the kids and ending with some words from the teacher…and I’ll have something to say about the teacher shortly).

There are a few different spins I’ve seen and read about concerning Feinstein’s encounter with these kids in a variety of stories. The New York Times said Feinstein “lectured” the kids (here). Markos Moulitsas of Daily Kos tweeted that Feinstein didn’t apologize (also posting, “There’s a reason we supported Kevin DeLeon, sigh,” with DeLeon being a 2018 primary challenger to Feinstein), though diarist dfh1 at his site posted an excellent entry here.

And I know I mentioned the school teacher who also met with Feinstein along with the kids. The only time I actually started to feel angry while watching all 6 videos was at the very end of the last one, when the teacher said that Feinstein was “condescending.”

How was Feinstein “condescending,” exactly? By offering an internship to one of the students? By telling them that she agreed with them, partly for the sake of her 7 grandchildren? By presenting her own legislation on climate change, which, as diarist dfh1 pointed out, is in line with the IPCC recommendations? Oh, and by telling the kids that, since the Democrats aren’t in charge of the Senate, she needs Republican votes to pass legislation to fight climate change, which neither Feinstein nor any other Democrat WILL EVER GET FOR AS LONG AS THEY LIVE?

Oh, I suddenly remember now – she actually told the kids that it might take 10 years to get climate change legislation passed. She also asked one of the students who said she voted for Feinstein her age, and when she told Feinstein, the senator correctly pointed out that she was too young to vote for her. And I guess Feinstein was supposed to shower each individual child with gratitude when the kids presented their petition.

I know the kids are right. Believe me. And somehow I’m sure Feinstein knows that too. And Think Progress pointed out that Feinstein swore off campaign contributions from oil companies and she went back on that, so yes, hold her to account.

And 10 years, which Feinstein said in the clip is how long it could take to pass a bill to fight this, is waaay too long – it needs to happen yesterday I know.

BUT SHE ISN’T THE DAMN ENEMY!!!

Do you want to know who IS the enemy? I’ll give you a hint. The head of their party in the White House just appointed this utterly empty vessel (and married to a coal company executive - of course) as our U.N. ambassador, who said she believes “both sides” when it comes to climate science.

And just to show how ridiculous this is, Ben Shapiro and Erick Erickson, of all people, have jumped to Feinstein’s defense (I’m not going to link to their nonsense and give them any traffic – you can find it). Great job to play into the hands of the wingnuts, “Sunrise Foundation”! I can guarantee you that these two nitwits WILL NEVER CARE ABOUT CLIMATE CHANGE EITHER! However, they care VERY MUCH about sewing division in the Democratic ranks, which they plainly see a chance to do here.

Maybe this “Sunrise Foundation” ought to focus its efforts on the people who really want to hasten our extinction by superheating this planet, and that would be everyone standing in the way of the Green New Deal – basically, every Republican politician and members of that political constituency.

Maybe this “Sunrise Foundation” (ostensibly run by adults I believe) ought to realize that, while the Dems happily won the House last year, the Repugs actually gained in the Senate (which is still unbelievable to me, but it tells me just how much of an uphill battle we have to fight on this stuff). And that admittedly makes the fight for common sense climate change legislation only harder.

This is part of the admittedly tiresome game of realpolitik, people. And I realize the kids aren’t going to know that (and God bless them for trying regardless).

But I honestly expected that Markos Moulitsas and the goddamn New York Times would know better!

…and on a wholly other matter (re, our relationship with the Saudis, which is definitely too cozy for my liking), I give you this – NSFW (and Kyle may be correct about the Mueller report, by the way...and he sure as hell is right about the urgency on the Saudi stuff)…

…and this tune goes out to Shapiro and Erickson on the Feinstein thing (could probably apply to a few others too). 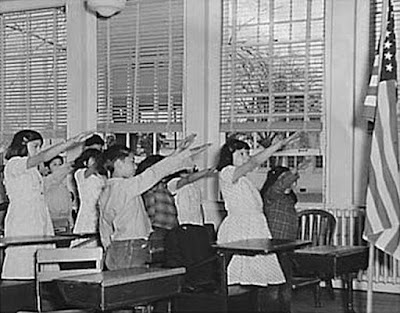 Kyle Kulinski tells us about the 11-year-old in Lakeland, FL arrested because he didn’t stand for the Pledge of Allegiance (I'm OK with Kyle on this, though I think it’s possible for 11-year-olds to have political opinions…and yeah, the substitute teacher screwed the proverbial pooch here IMHO – NSFW…by the way, the pic shows how the Pledge used to be recited in this country prior to WWII featuring what was once referred to as the "Bellamy Salute,” though it was abandoned for obvious reasons)…

…and that to me is the perfect segue to this clip on the short documentary subject “A Night At The Garden,” which took place 80 years ago yesterday (filmmaker Marshall Curry is interviewed…and I think this, sadly, is what I would call a similar cautionary lesson)…

Update 2/22/19: And as long as we're harking back to those goose-stepping bygone days, I should probably present this also about yet another Trumpian goofball.

…and on the subject of kids objecting to repressive authority, Francis Maxwell of “The Breakdown” tells us about 15-year-old Claudette Colvin, the first person to challenge Montgomery, AL’s bus boycott, before Rosa Parks (apropos to recall anytime, but especially during Black History Month)…

…and Sam Seder of “The Majority Report” talks with Eric Blanc of Jacobin…not sure what that is (re, the Denver teacher strike, and potentially other teacher strikes also, fighting against privatization and “corporate education reform”…yes, on paper, merit pay sounds good, but not when it’s tied to some BS metric like standardized test performance…interesting to look at this as a push-back against the Janus decision, but yeah, that seems to fit, with Oakland, CA apparently next on the list)…

...and happy 70th birthday to Jerry Harrison of Talking Heads...

...and RIP Peter Tork of The Monkees. 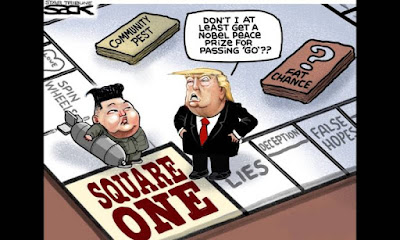 Lawrence O’Donnell tells us that it is apparently DNI Dan Coats’s time in the barrel, as it were, for acting like an adult in the matter of North Korea’s nukes…

…and Seth Meyers gives us another humorous take, this time on Generalissimo Trump’s “national emergency”…

…and there are so many reasons why I utterly despise movement conservative Republicans (and the Gropenfuhrer is one without a doubt, though, as a Russian stooge, he’s too dumb and compromised to realize it), but maybe the biggest reason of all is their utterly ruinous policies concerning our environment – the following clip is just the latest example (and no, I’m not saying Democrats are completely innocent either on this score…more here)…

…and as Hasan Piker points out (in particular, in the case of rapper 21 Savage), ICE is not only cruel and malicious, but incompetent also…

…and I wouldn’t be shopping at Bloomingdale’s anyway, but I DEFINITELY won’t be after this – all the same, interesting take by Kyle I must say; still thinking about it (NSFW)…