Update 6/6/11: Even though this is just piddly crap as I said, God almighty, somebody remind me again why I support these clowns (here...and I'm sure Clarence and Ginny Thomas are laughing their asses off, since this totally evaporates the legitimate issue Weiner fought for of the $$ Ginny made from Silent Clarence and his Citizens United ruling, which C. Thomas supported of course).

Worse, this lends even the smallest degree of legitimacy to Breitbart, though it's pretty sad that his "get," at long last, is a picture of a guy's underwear with an erect member.

Update 6/6/11: And speaking of Edwards, get a load of this steaming pile of dookey from Katharine Q. Seelye yesterday (here is a follow up)…

But after all the sordid lies, a “not guilty” verdict could be a rather hollow victory. Here may be a case where the law is inadequate. After all, can a jury render the final verdict on a betrayal so vast?

This is from a newspaper that virtually ignored Edwards when he ran for the Democratic nomination in 2008, as evidenced by this notorious 1,250-word column about Democrats and Latinos in which Edwards isn’t even mentioned once. And now The Old Gray Lady is tripping over itself to cover him now that Edwards is in big-time legal trouble?

Spare me.
Posted by doomsy at 6:44 PM No comments:

I'll try to get back to posting soon, but we'll see...

...oh, and Social Security is a "pyramid scheme" (here)? Wonder if this guy reads J.D. Mullane?

And then this asshat tries to walk back his comments by saying he defends "the promise of Social Security" - somebody votes for these clowns, I keep telling myself...

...and good for Jon Stewart for ripping that sleazy weasel Eric Cantor (here)...

Given this video as well as this, can somebody tell me again why this guy is supposed to be so popular?...

...and happy 70th birthday to Charlie Watts (don't see him in this clip from The Concert for NYC...oh well).

Posted by doomsy at 8:05 PM No comments:

Against my better judgment, I've decided to waste more time over this (the takedown is here), but I thought Jon Stewart made some good points about "the usual suspects"...

Kudos to Dem U.S. House Rep Cedric Richmond for this - I'd like to say exactly what I think of Huntington Ingalls, but I honestly do try to watch the profanity around here, though sometimes "F" blasts are called for...

...and I'll bet you were watching the musicians too - yeah right.

I don't do the whole "paintball" thing, but I still thought this was a good video...

Posted by doomsy at 8:29 AM No comments: 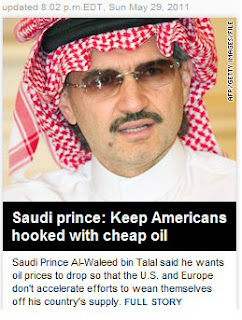 Such good friends, aren't they...

Posted by doomsy at 7:17 PM No comments:

Wow, what a howler from Smerky today at The Philadelphia Inquirer (here)…

Mitch Daniels would have added some much-needed substance to the national dialogue. His reason for not running for president is a sad commentary on the sideshow our elections have become.

"On matters affecting us all, our family constitution gives a veto to the women's caucus, and there is no override provision," Daniels said in his statement, referring to his wife, Cheri, and their four daughters. "Simply put, I find myself caught between two duties. I love my country; I love my family more."

Nobody seems to doubt the sincerity of that statement.

It would appear that the family veto was predicated upon concern over scrutiny that his marriage had begun to receive.

After filing for divorce in 1993, Cheri Daniels moved to California and married another man, while Mitch Daniels and the couple's daughters remained in Indiana. After the second marriage ended, Cheri returned in 1997 and remarried Mitch. Questions about the episode prompted Daniels to release a second statement specifically addressing the media scrutiny of his marital history.

"The notion that Cheri ever did or would 'abandon' her girls or parental duty is the reverse of the truth and absurd to anyone who knows her, as I do, to be the best mother any daughter ever had," he said.

The mere release of such a statement shows just how aware of the burgeoning controversy the Danielses had become despite its irrelevancy to his governing. Whatever the circumstances behind it, that mid-'90s separation had no bearing on Daniels' ability to restore fiscal stability in the Hoosier State. Indeed, there has been no whiff of impropriety during his administration.

Maybe the lesson, then, is to stop being so puritanical when it comes to political introspection.

This is coming from a guy who said here that he thought it was “significant” that Bill and Hillary Clinton, with their public and private work, apparently spend only 14 days a month together (as if that’s any of my or anyone else’s business).

And this is coming from a guy who imparted the following about “Game Change” by Mark Halperin and John Heilemann, the Beltway “tell all” book from the 2008 election…

John Edwards met his paramour in the Regency Hotel bar. His inner staff knew of his infidelity and noted his insatiable desire for power (which included an overture to Obama for the vice-presidential slot on the very night he lost the Iowa caucus). Also, the book's portrayal of Elizabeth Edwards is decidedly negative and bears no resemblance to what the authors describe as the "myth of Elizabeth the Great."

And this is also coming from a guy who wrote a column here in which he basically argued that Edwards had no right to run for president because Elizabeth Edwards would eventually die and their children would be left without a mother, or something.

And in the matter of our elections becoming a “sideshow,” I give you the following from here…

First, Mitt Romney has to be the antithesis of a Philly Guy. There's the name "Mitt." It might get him into Merion, but it's not a Philly name. And, he's too everything - too clean, too handsome, too wealthy. Ditto for John Edwards. In this town, $400 buys 40 guys a haircut, not just one. We make news anchors out of guys like Romney and Edwards, either one of whom I picture standing at Ninth and Passyunk ordering a cheesesteak John Kerry style - with Swiss.

And as long as Smerky is bothering to comment on “immoral behavior” (from politicians and not himself, of course), allow me to present the following, in which our intrepid pundit class compares Arianna Huffington, revealing that “Straight Talk” McCain apparently didn’t vote for Dubya in 2000, to “a hooker giving up her john.”

(Smerky) wants us to dwell on trivial attributes and imagined slights, because conservatives have no answers for the important stuff. Real men and women face up to real problems, instead limp wrists (sic?). Real men and women worry less about slamming sensitivity training and more about the Army's shortage of translators, armored vehicles, and leadership at the very top.

That's why commentators at Fox News dwelled on John Kerry's (non-existent) manicure and botox, while touting Bush as a strong leader. They distract us from the truth that Kerry is a genuine war hero and Bush went AWOL because his daddy pulled strings.

That's why Arnold Schwarzenegger called Democratic legislators "girly men" when he learned that governing California requires more than steroids and a bikini wax.

Or, as Bill Maher summed up, "what [Ann Coulter] was saying was that democrats are pussies." Except the reality is that John Edwards has a plan to tackle health care. Constructive ideas about real problems? Ann Coulter avoids them like a vampire facing a crucifix.

But don't get caught up in being offended by Smerconish's remarks. "And if you're offended by my use of that word [sissy], then you're exactly the person that I'm talking about..." You'd be playing into the hands of a scam artist.

And by the way, Smerky, as a commenter noted, maybe the real reason Daniels isn’t running is because, had he declared, he would have had to explain once more how much of a fraud he perpetrated on the budget while serving as Dubya’s head of OMB, as noted here.

I would say that using his family situation, whatever it is, to cover up his negligence on the job is a pretty ugly cop-out.

Update: And by the way, as long as I brought up Edwards and the potential comingling of campaign funds on behalf of Rielle Hunter, I think the following should be noted from here...

Yes. It is likely criminal. I have no issue with the DOJ's recommendation (against Edwards). I simply wish (the WaPo's Ruth Marcus and our Beltway corporate media stenographers in general) would exercise the same kind of principled thinking on issues like John Ensign and Tom Coburn's payoffs to Ensign's mistress, Wall Street thuggery, bank fraud, and other areas where wealthy donors wield far more influence.

And that's particularly true in light of this.
Posted by doomsy at 2:49 PM No comments: