Three words in response to this latest “New Rules” segment from Bill Maher – Nail. Hammer. Head. (and I don’t mean only about “Goodhair” Perry)…

…and in case I don’t post tomorrow, best wishes for a happy Father’s Day.

Posted by doomsy at 7:00 PM No comments:

And once more (in a related item), I think this bears repeating.

If it weren’t for the fact that former Repug House Rep Chris Lee of New York stepped down in the wake of his shirtless little number on craigslist advertising for a date (a bit of a problem with him being married and all), I would also have encouraged Weiner to ride it out, though I’ll admit that the whole Vitter thing (as I and others have definitely noted) is enough of a precedent for Weiner to stay put too, which he won’t do now of course. Weiner should pay a price for his stupidity, but I’m not sure that resignation is it.

However, this clip from Rachel Maddow (and Cenk Uygur at the end) should be watched because it dissects perfectly the means in which the GOP plays the media to its advantage, almost always with the cowering acquiescence of spineless Democrats (and the media rabble including Breitbart of course and his minions along with the single-digit-IQed Howard Stern refugee…I once defended Stern at this site, but I’m done with that, particularly after that recent, pitiable Rolling Stone interview…”ooh, I’m so insecure but I’ve got so much money while I make jokes about women’s bodily functions…”).

I get what Rachel is saying here. However, the media and the Repugs know what works for the political DNA of this country, which is gratuitous titillation at the expense of reasoned, informed dialogue. And one day, when our society is dust and whatever comes after us writes our epitaph, that will be listed as the official cause of death (yep, living up to the name of this blog again, I know – by the way, that line from Pat Buchanan that Cenk tells us about should be tattooed on a body part of every Democratic member of Congress, and it probably wouldn’t hurt to do that to our POTUS and veep too)…

Note: If you get tired of waiting for the video to load, try this instead.

…and on a much lighter note, the young one (who I alluded to earlier) has been singing this song all day, for obvious reasons.

(I’ll try this blogging thing one more time; I know it has been a sporadic posting month, but there’s really not a lot I can do about that. Maybe at some point I’ll get into the gory details, but not now.)

(And by the way, here and here are items from last night that bear repeating.)

As Atrios sez, more like this – a lot more…

…and it looks like the Repugs have come up with a new way to try and stifle dissent, as noted here (just imagine how much they would be caterwauling if the Dems did something like this)…

…also, a belated happy 70th birthday to Lamont Dozier, who has built a fine career both as a solo performer and as a member of a truly legendary songwriting tandem along with Eddie and Brian Holland; here is one of the team’s signature accomplishments from “back in the day”…

…and a belated happy 60th birthday to Steve Walsh of Kansas.

Update 1: This is off-topic from the other stuff here, but I thought it definitely needed to be mentioned...I should probably have said this myself by now, but kudos to Laurence Lewis for doing it instead.

Update 2: This is also off-topic, but likewise needs to be pointed out.
Posted by doomsy at 10:13 AM No comments:

...maybe this is a tune about the year they think they're living in.

Posted by doomsy at 6:04 AM No comments:

…and yes, there are some in Congress who actually do care about jobs…

…and yeah, I have to admit that I like this tune, even if it’s going to be featured in another one of those awful movies.

Posted by doomsy at 8:58 PM No comments: 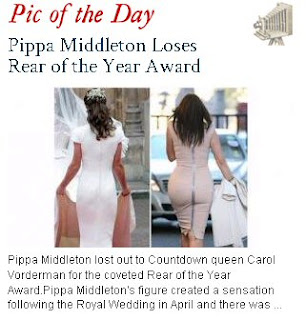 Posted by doomsy at 3:36 PM No comments:

Aw, c'mon, you REALLY didn't think the Repugs were done after trying to pass "Ryan Care" did you?

(Note: I FINALLY upgraded to Google Chrome, which proceeded to fix three of my browser issues...took me long enough, I know...maybe back to blogging tomorrow, I dunno.)