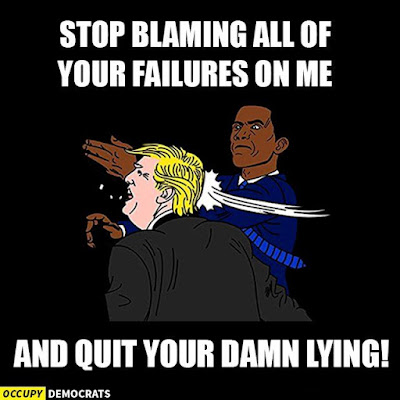 K.O. continues to chronicle the utter disintegration of Generalissimo Trump (more on the sanctions vote is here – not sure why Sen. Bernie Sanders voted No, unless it was because sanctions against Iran were included, which I think are a mistake given that no one has produced evidence that they’ve violated the terms of the treaty signed under former Secretary of State John Kerry...anybody remember that one?)…

…and I realize the news wouldn’t be another Trump lie; the “news” would be that he actually told the truth, as Kyle explains, discussing yet another insane interview with Number 45, this time conducted by the Wall Street Journal (NSFW)…

…and gee, not smirking now, are you, “Pharma Bro” (here – and hey, chill on the Vice reporter, OK? Well, maybe he is still smirking a bit - I'm sure he'll eventually "get the memo")...

…also, Joy Ann Reid interviews Del Quinton Wilber, the reporter for the aforementioned WSJ who broke the story that Special Counsel Robert Mueller has impaneled a grand jury in Washington, D.C. (as Wilber says, waay too early to prognosticate here, but this definitely isn’t good for the Gropenfuhrer)…

(I’m not even going to waste my time trying to address people like Jimmy Dore on this, since screaming about “Corporate Dems” is basically their business model.)

With this is mind, Charlie Pierce wrote a great column today about how, if we keep this up, we’re likely to blow the greatest opportunity we’ve ever had for Democrats to win and, thus, govern the way both parties in this country are supposed to (Update 8/7/17 - Uh, yep)…


…and speaking of Bernie, he reminds us here about Nissan workers trying to organize in MI – all the best…

It's never easy to stand together and try to form a union. I applaud the Nissan workers in Mississippi fighting for workers' rights. pic.twitter.com/eLqsOrofoK

…and I think this is a nice tune and video for a Friday, so here it is (barring news stories, I probably will be going a little overboard with summer songs for a while after this). 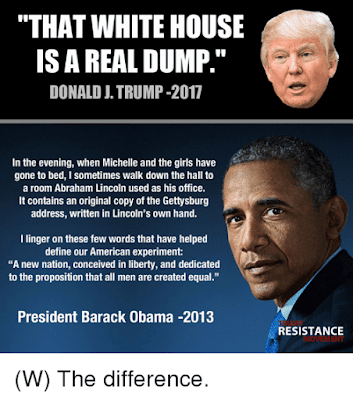 I think this brings me up to date with all of Keith Olbermann’s “Resistance” commentaries; at this point, anyone not doing something to try and get Number 45 removed from office, to say nothing of being tried for treason, is doing a grave disservice to this country…

…and in response to the surreal idiocy yesterday of Stephen Miller trying to smack down Jim Acosta of CNN for more Trumpian garbage about trying to exclude non-English-speaking people from this country (more here), I thought Maria Hinojosa made some good points with Chris Hayes (and, like Ana Navarro, I’m absolutely shocked to see that Jennifer Rubin has emerged as a voice of reason – wonders truly never cease)…

…and Joy-Ann Reid talks with Dem Sen. Cory Booker about the latter’s attempt to “lighten up,” as it were, on pot, and making a lot of good arguments in the process (oh, but Booker is a “corporate Dem,” so we’re not supposed to take him seriously – huh?)…

Here's what happened when a Republican senator challenged a Canadian doctor on their single-payer health care system. pic.twitter.com/eT7t7pGFWR


…and hmmm, Lou Barletta…gee, is he running against Bob Casey for the U.S. Senate? Sounds like another reason to do the right thing here (NSFW – and why am I not surprised to see that Barletta and Kris Kobach are two peas in a truly awful pod? And I LOVE the musical)…

Join Kris Kobach as he travels from town to town, bringing bankruptcy, racism and music! (And somehow sexy Hamilton, @JMunozActor is there!) pic.twitter.com/JNdBY9HACe


…and every once in a while, I feel like I need a bit of a “palate cleanser” of a tune, and I think this works.

Posted by doomsy at 3:44 PM No comments: 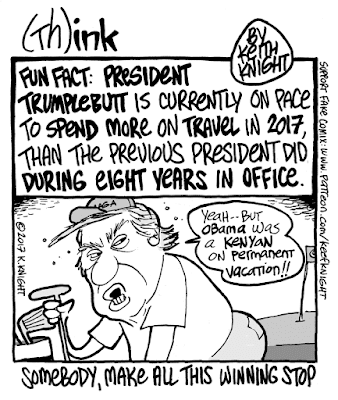 Seth Meyers tells us about how Generalissimo Trump has utterly played those evangelical saps yet again (I’d never heard of Paula White until this clip, and I’m sure some of my brain cells died as I watched it)…

…and this is a little “after the news curve” I guess, but Lawrence O’Donnell reminds us who, above all else, should get the credit for defeating “Trump-Scam-Care” (we ALWAYS need to point this out as far as I’m concerned to keep the spirit of activism alive, to say nothing of expressing gratitude to those protesters for their sacrifice…and besides)…

…and Chris Hayes discusses the lawsuit over the Seth Rich garbage and Trump’s alleged involvement – unbelievable that a president Is involved in this cruel idiocy, even the Gropenfuhrer (Gabe Sherman, by the way, did great reporting over the Roger Ailes garbage at Fix Noise…Olivia Nuzzi had some telling comments on that scumbag Ed Butowsky also…more here)…

By my count, there are now four grounds to impeach Trump, and the fifth appears to be on its way. Our latest video explains: pic.twitter.com/K08kTMj9wj

This speech brilliantly explains why ISIS does NOT represent Islam pic.twitter.com/ducg0KfdSw


…and I’m falling behind on my summer tunes again, so here’s another one.

Posted by doomsy at 6:14 PM No comments: 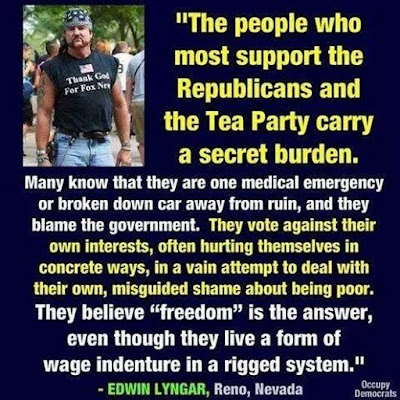 Anybody have any idea whatsoever why the Gropenfuhrer would want to bring back the “pee pee tape”? (though I realize that question assumes a level of sanity that Number 45 had not demonstrated in any way…I didn’t know “paddy wagon” was an ethnic slur – hmmm; and I like that cheeky signoff too)…

…and oh, nothing to see here – just the largest expulsion of American embassy personnel in the history of modern diplomacy by our former buddy Vlad Putin; Joy-Ann Reid talks with former U.S. ambassador to Russia Michael McFaul about it (with another mention of The Magnitsky Act)…

…and going back in time a bit, Rachel Maddow reminds us about Former Commander Codpiece and the Texas Air National Guard stuff (timed for this item – a REALLY clumsy cut at the end of the clip that no doubt gives the background for the movie “Truth,” with Robert Redford and Cate Blanchett…could never bring myself to watch the flick because I didn’t want to relive any of that stuff, to be honest, not because I didn’t think it was true)…

…and wingnut Tomi Lahren comes out against health care even though she’s covered by her parents – genius!... (from The Majority Report with Michael Brooks and “failed comedian” Sam Seder; yeah, Jimmy Dore really is that big of a troll as far as I’m concerned – NSFW)…

…and former Baltimore police commander Michael Wood, Jr. weighs in on Trump’s recent idiocy in front of the cops, along with a lot of other important stuff about policing; “he (Trump) is a product of us” – well said, unfortunately (NSFW a bit also)…

…and I try to remain on the lookout for good, new tunes, and I think this qualifies. 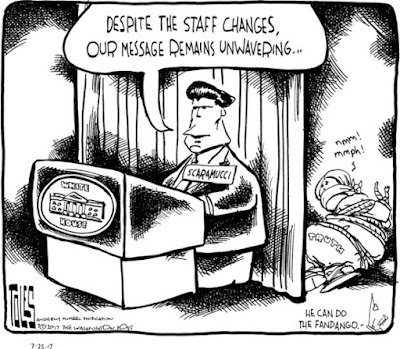 I know I’m going out of order with K.O.’s great GQ commentaries again given today’s Scaramucci development (geez oh man, first his pregnant wife walks out because he took a job with the Gropenfuhrer, and then he loses that job – what a mook…more here...my sympathies to Mario Cantone - well, maybe SNL will find a way to work him in anyway, maybe hiding in the bushes?)…

…and it looks like there’s some big-time push-back on Generalissimo Trump’s “trans” military order, as noted here (love to see Kristen Beck open up a can of whoop-ass on Number 45)…

…and Sam Seder talks with Cliff Schecter about how Dem U.S. Senator Mazie Hirono of Hawaii should have received McCain's "standing O" during the recent health care vote - interesting theory by Sam Seder on Trump's national security weakness keeping Heitkamp and especially Manchin in line - have to ponder that...

…and Rachel Maddow on the similarity between the tactics of Governor Bully (who bravely protected his nachos here – heh) and those of our impulse control issue child in chief, particularly on Trump-Scam-Care (with Bill Stepien being the likely link..and sorry, but I don’t believe Ryan Zinke here)…