I give you the latest installment of FAIR TV…

…and Heaven forbid that “the blahs” are allowed to vote in November, huh (GA is a particularly important “battleground” state for the U.S. Senate – more here and here)…

…and why am I not the least bit surprised by this; here once more is a reminder why this matters (more here and here)…

..and I definitely like this tune, but I think this video sets the record for the most photographs of chin stubble (and not too many bands with a harp also).

Good to see "Wall Street Scott" Brown get the treatment he deserves here...


…and yes, it’s true that this video isn’t 100 percent accurate – it is about a year old, after all – but for anyone needing more information on the Affordable Care Law, this is a good place to start (and something to keep in mind in response to this…attention all Democrats; vote in November as if your life depends on it, because it just might)…

Update 9/12/14: As I said, it just might - see the dirty laundry list of what Sen. Mr. Elaine Chao and friends plan to do if they actually get back the Senate (here).

…and Cenk Uygur tells us the tale of Andrew Sabin, charter member of the “one percent” (even less, actually…and here is more on another foul court ruling besides the accursed Citizens United that enables Sabin and characters like him)… 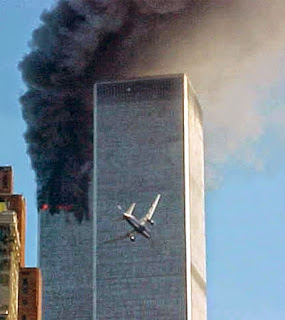 ...and no, I haven't forgotten what this day is truly all about.

Posted by doomsy at 6:28 PM No comments:

…and even though this clip is a little more than four years old, I think it’s still timely in light of this (oy...h/t Atrios)…

…and the clip above concludes with some stuff on “Governor Bully” that he uncharacteristically got right, even though the wingnuts clutched their pearls in response – here is some stuff that he very definitely got wrong…

…and sticking with Rachel Maddow, this tells us about how those bozos in the Senate and the U.S. House (guess which party?) are hindering Number 44 on fighting ISIS (she had a good report last night also, but it concluded with an interview with Robert Costa, and I don’t trust a word Costa says)…

...and here's an upbeat little number that the kids hopefully won't have to hum while packing off to another quagmire in the Middle East (sad).

With all of the stuff going on with Ray Rice and his family, I thought this was an uplifting football story from last week (see video)...

(...And by the way, am I the only one who thinks it's a little crazy that the person who was wronged is lashing out not at her husband, but at the press? Have we gone a bit too far with all of the hidden camera video and social media stuff? Yes, punish Rice severely – the rest of the season at a minimum. However, if his wife doesn't press charges – and it looks like that won't happen – then let him be reinstated after the year is up.

Are we looking for angels in the sports world? Is that the new standard? Really?

I was reading about baseball great Ty Cobb today. Do you know what he did to a heckler, a guy whose hands were almost completely destroyed, during a game in 1912? He charged into the stands and kicked the guy to a pulp, and he wasn't banned for life from baseball; he ended up with a 10-game suspension. Wrong? Of course. All I'm asking for is a little perspective, that's all)...

..and I think the last 30 seconds of this video is particularly important (a bit of a profile in cowardice on the part of a major retailer IMHO, as opposed to this)...

...and I can't recall the date when Stephen Colbert will take over “Late Night” and probably shed this persona, so we might as well appreciate it even more while we still have it (more here)...

...and with this in mind a bit, I give you the following.

Posted by doomsy at 7:58 PM No comments:

This happened 40 years ago today – I continue to wrestle with whether or not it was the right thing to do, and I guess I always will (sorry about all the onscreen “reelinintheyears” stuff – yes, it’s your property; I get it)…

…and here’s the latest on the Repugs and their “women’s outreach” efforts (not that our beloved commonwealth has anything to brag about on this either, as noted here, nor does the “Show Me” state)…

...and John Oliver is back with more spot-on commentary on student debt - who wins (the one percent) and who loses (everybody else - borderline NSFW)...

...and I give you the following to commemorate the debut of this, uh, TV show...what was it called again? :-).