…and do you want to know why I think our corporate media is, collectively, a gaggle of compromised idiots? As far as I’m concerned, this entire CNN clip is about nothing…ZOMG HILLZ IS SOOOO UNTRUSTWORTHY! SHE ACTUALLY GAVE “ACCESS” TO SPECIAL INTERESTS!!! HOW COULD SHE GOVERN!!!! And Matt Bai is the biggest twit on that panel (by the way, some actual context on the supposedly oh-so-godawful Clinton Foundation is here)…

…and I need to catch up on my tunes, so here’s a recent one that I liked…

…and RIP Fred Hellerman, the last surviving member of The Weavers, who just left us.

For the benefit of anyone who actually cares, here are a few “hot takes” from yours truly:


Now back to the videos – RIP Philly guy Jon Polito, who, in addition to appearing in movies by the Coen Brothers and the cultish TV series “Crime Story” (which definitely was a fave for your humble narrator back in the day), also turned in a great supporting performance in “The Freshman,” starring Matthew Broderick and Marlon Brando, which, to me, was a genuinely clever and funny movie (what follows is a clip with Polito in a typical darkly funny role)…

..and as Atrios would say, we do so love our children (more here and here)…

...and this tells us about the dangers of lead poisoning and a link to crime (uh, yep)...

...and I honestly hope Shep Smith doesn't get any grief from his odious employer for telling the truth like this, going off-script once again - kudos once more (here)...

…and speaking of voting, if there’s any truth to this, then heads should roll among the corporatist frauds at the Democratic National Committee (NSFW)…

…and oh, aren’t our dear good “friends” the Saudis helping us ever so much on the War on Terra! Terra! Terra!, which is still being fought of course by killing many innocent civilians and radicalizing their families and friends better than al Qaeda or ISIS ever could (and kudos to Dem U.S. House Rep Ted Lieu for this)…

…and wow, when Bushie Jim (The Dow Will Hit 36,000!!) Glassman comes out for HRC, then that’s kind of a “well, spank my butt and call me Charlie” moment – I remember this guy facing off with The Eternal George Carlin on “Real Time” once…tried some verbal sleight of hand, but as you might expect, Carlin was having none of it…

…and as we bid farewell to summer (sniff), what better way to do it with a little “Friday with Frank.”

I thought this was a fascinating history lesson from Rachel Maddow about what has led to anti-immigrant hysteria in this country dating back almost a couple of hundred years (and probably before then, to be honest – sorry for inflicting so much of The Big Orange Cheetoh on you in this clip, but I think it’s necessary)…

…and I’ve been meaning to get to this report for a little while now on education in Finland versus this country, so here it is…

…and I’m not totally sure what to make of this story; but here it is anyway – I think the goal of keeping Canada’s heath care public should be foremost, but even though it could turn into the thin edge of the proverbial wedge (I don’t understand how someone would not be able to obtain coverage, but I’m hardly an expert on this topic), maybe a “private option,” if you will, should be allowed in extreme circumstances…thinking…

…and apparently Repug U.S. House Rep Mr.-Puppy-Dog-Eyes-With-The-Shiv dropped into our area last night to try and prop up “Mikey Part 2” (here) – if that isn’t a reason to help Steve in his PA-08 contest, I don’t know what is (here...and yes, background checks weren't enacted for the zillionth time, we know already, blah blah blah)…

…and believe it or not, I still have some summer songs to get to; hopefully this one and a final one tomorrow.

Normally I wouldn’t give Joe Scar the time of day, but I thought Eugene Robinson made some good points here in response to the typically idiotic claim from the Trump campaign that the Democrats have left African American voters behind...not saying Dems are perfect on this under any stretch of the imagination, but who was responsible for the Civil Rights Act of 1964? The Voting Rights Act of 1965? Fair housing and anti-discrimination laws? The Earned Income Tax Credit (which had bipartisan support when first passed in 1975 and was expanded under both Reagan and Clinton, but has since become anathema to “movement” conservatives)? And by the way, I'm almost not phased by the Trump supporter's depiction of HRC in blackface - almost numb to the despicable behavior from his campaign by now - almost...

(and speaking of "Fergus Laing," I give you this bit of comedy gold from Lewis Black)...

...and staying with The Big Orange Cheetoh, Kyle tells us that a Pew study reports that 75 percent of Trump supporters polled favor common sense gun restrictions including universal background checks (not quite 100 percent with Kyle on the terror watch list, but I think he's pretty close; the last 2 minutes of this should be memorized by every Dem pol and operative anywhere in this country - not as big a fan of Alan Grayson as I used to be, though...NSFW)…

...and I thought this was a neat bit of advocacy…

...and Lee Camp brings us up to date on what Chucky and Davey Koch are up to (NSFW also)...

…and I’m a little late with this installment of “This Day In Doomsy History” from 8/28/11 I know, but this is a reminder that FDR (quite rightly, IMHO) considered it “our plain duty” to support Social Security, something to remember in light of this…

…and I had this tune in mind for the latest exploits of the “Trumpster Fire” (#fail)…here’s how I see it; Nieto of Mexico meets with Trump and somehow gets the upper hand, which, to be honest, I don’t think is likely, and then he looks like a strong leader…however, in the more-likely event that Trump manufactures something that manages to make it look like HE won the day (with Mrs. Greenspan, Joe Scar and the rest of our corporate Beltway courtier media gushing over it), then Nieto can yell that Trump is the “ugly American,” which he is anyway of course…basically a win-win for an unpopular head of a country.

I thought this was an interesting historical nugget from Rachel Maddow about the last time we went to “Defcon 3” and why that happened in 1973 (and I don’t know anything about HRC’s intelligence briefing, by the way)…

…and the Murdoch Street Journal is going to report this story in such a manner as to totally absolve Apple CEO Tim Cook of course of the scandalously low tax rate his company pays and blame the country of Ireland for allowing it, which I guess is partly justified; as far as I’m concerned, Cook is just another member of the “masters of mankind,” as Adam Smith once called them, who of course see grandiose visions only for themselves at the exclusion of everyone else (and yes, I recently saw this, which was well-done though depressing – not an excuse for inaction, though)…

...also, I give you the following from here (there are people who I respect claiming that "No Corporate Tax" Pat Toomey is somehow a moderate on the issue of guns - these people are utterly wrong...to help, click here - sad that the commercial is as long as the ad, by the way)...

…and The Fab Four played their last live concert in San Francisco, as noted here (not counting “Let It Be” on the roof, of course) 50 years ago yesterday (and the tune that follows is from Revolver, which was released at about the same time). 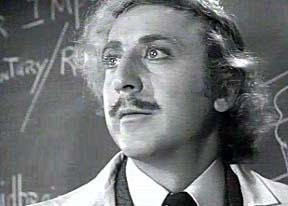 Trying to find a funny film moment with Gene Wilder? You might as well try to find a spec of sand on a beach (“How about a little applause?” indeed – RIP)…

…and gee, it looks like every still-living member of the Council of Economic Advisors (serving, as Rachel Maddow points out here, every president back to Nixon), has a simple message for “The Donald” – YOU’RE FIRED (sorry, too easy)…

…and boy, do I hate it when a Democrat gives the party a bad name (here), allowing the bottom-feeders to pile on as well (here - the song title applies on a couple of levels of course).

Posted by doomsy at 3:56 PM No comments: