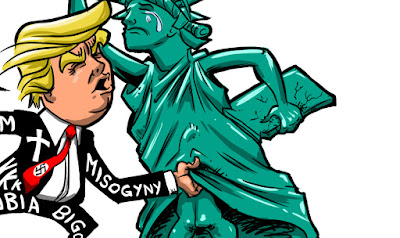 Rachel Maddow reminds us what happened in our media a year ago today and the consequences; as far as I’m concerned, the Repugs are low down enough to pull a lot of garbage, but they’re not smart enough by themselves to orchestrate everything that happened on that day, and I’m talking about the timing of the news stories, not the obvious hacks (Maddow talked later with Jennifer Palmieri and Glen Caplin of the Hillary Clinton campaign…

…and I know I’ve been a little behind on this, but since I know you love it – heh – here is the latest installment of “This Day in Doomsy History” (more or less) from 10/5/12; yes, I know the video is a campaign promo for Obama, but I think its message about “trickle on” economics is timely in light of this (big surprise, I know)…

…and here are four more of my favorite Tom Petty tunes to wrap up my tribute. 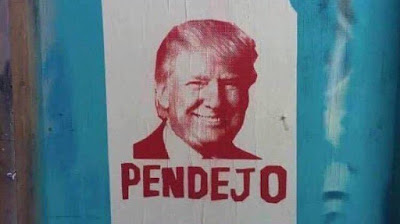 K.O. tells us about the roots of Generalissimo Trump’s prejudice against Puerto Rico; actually, I think that extends to pretty much everyone who isn’t part of the “1 percent” world of the truly wretched Number 45…

…and Rachel Maddow tells us of the Gropenfuhrer rolling back the Obama-era rule (and boy, am I already tired of hearing that phrase so often) prohibiting the mentally ill from getting guns…

…and speaking of guns, I would call John Lewis a voice of moral authority on this issue, and a few others also…


…and oh yeah, here’s another Obama-era rule we apparently can say goodbye to (good point that it’s a family issue and not a “woman’s” issue...more here)…

...and we do so love our children, don't we (re, Repugs in Congress letting CHIP expire - Ari Melber talks to David Berzonsky whose daughter is named Luna...more on CHIP is here)...

…and I couldn’t let the week come to a close, almost, without bringing you this clip of Sen. Elizabeth Warren ripping a new one, as it were, into Equifax CEO Richard Smith (more here – oh, but ignore Warren because she’s a “corporate Dem” according to that fool Jimmy Dore, who, as far as I’m concerned, is one of the people who helped to get President Tiny-Handed Impulse-Control-Issue Egomaniac elected)…

.@Equifax did a bad job protecting data because they had no reason to care. They’re making MORE money selling fraud protection products. pic.twitter.com/mhjoCMwH9w

…and the first of these two Tom Petty clips was inspired a bit by the Ari Melber video (easy to forget the great contributions from Benmont Tench and Mike Campbell to the sound of the Heartbreakers, though we shouldn't of course). 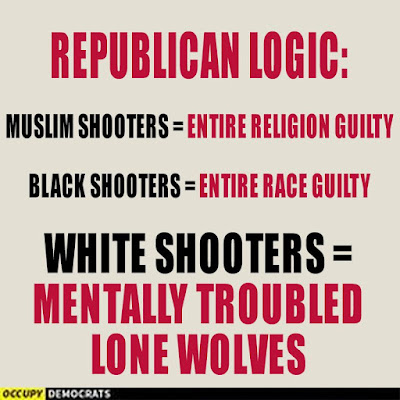 Don’t expect the lunatic Las Vegas shooter to be labeled for what he is anytime soon, and that is “domestic terrorist,” which, as far as I’m concerned, is perfectly apt…

Following the #LasVegasShooting, Stephen Paddock has been called everything but "terrorist".

And that's probably because he's a white man: pic.twitter.com/PbNX2CeQZa


…and I thought this was a pretty accurate summation (cringe worthy all the same, though) by Seth Meyers of Generalissimo Trump’s antics in light of the Las Vegas horrors as well as those in Puerto Rico…

…and yeah, looks like U.S. House Rep Tim “Do As I Say, Not As I Do” Murphy in our beloved commonwealth is stepping down (love the way he threw his staff under the bus when it came to being a “family values” Repug...more here)…

Update: On second thought, just say “oops” and get out (here).

President Trump stepped down from fighting for the environment.

So these mothers stepped up. pic.twitter.com/jDiGZ3Nevd


…and here are two more great Tom Petty tunes, including a personal favorite to start. 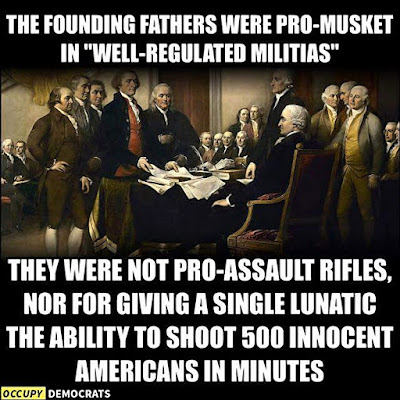 …and David Pakman tells us how the NRA recently pulled their ads in the gubernatorial campaign of Repug Ed Gillespie and AG campaign for John D. Adams in VA (waiting for this country to forget about this issue and move on, unfortunately, as we are wont to do as a nation…didn’t get to the “Christian” pastor - probably Robertson again - or country music person on this - and gee, it looks like gun sales were only "tepid" ” after the L.V. massacre based on this…am I actually supposed to feel bad?)…


…and Joy Reid interviews Mayor Carmen Yulin Cruz of San Juan , Puerto Rico about how that ravaged island is making out (still horrific, and much help is still needed – to do what you can, click here; looks like progress is halting somewhat despite the antics of “Terrible Towel-Man”)…

…and yeah, I’d say that this is a pretty sober analysis of what Generalissimo Trump is really talking about when he sent out his moronic (way worse than that, actually) tweets concerning that devastated island…

…well, here is some actual GOOD news related to our fellow American territory, and that is that Moveon members raised $2.5 million dollars, as pointed out by Lin-Manuel Miranda of “Hamilton”…

Posted by doomsy at 4:04 PM No comments:

K.O. comments calmly on the Las Vegas mass shooting (apparently the measure to allow silencers has been tabled indefinitely – some progress anyway)…

…and once more, it looks like we have to rely on comedians to speak truth on these issues, and kudos to Jimmy Kimmel once more for doing so (here)… 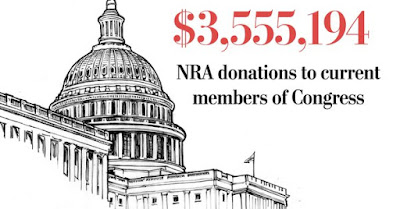 …and I’ll be featuring Tom Petty songs this week in light of our other unbelievably awful story – yeah, I think “a window to hell” is apt.

Posted by doomsy at 7:23 AM No comments:

Gee, it looks like this is yet another time when we’re not supposed to politicize gun violence (snark of course – the table appearing in the middle of this report in the video listing the shootings is, as far as I’m concerned, a monument to our collective failure and cowardice when it comes to addressing this issue for real…more here and here…on a side note, like millions of others we’ve been to Las Vegas – Mandalay Bay is a great place, and we once ate at Red Square, which was great as well; it’s somewhere where, like just about everywhere else in this country, people shouldn’t have to fear for their lives when they’re just trying to relax).

(And by the way, remember this, Nevadan voters who damn well should be going to the polls next year.)...

Update 1: Let’s see (based on this):
No wonder mass shootings continue to occur. The Repugs and their pals know how to push all of the metaphorical buttons of a typical voter of their base (of course, as opposed to actually doing something constructive on this horrific issue).

Update 2: This puts me in a mind to view this clip (from this movie/book), particularly at the very end.

Update 5: President Dotard, clueless as always (heckuva job, all you clowns who did anything whatsoever to help him get elected last year)...

Update 6: And given the source of this Trump-credentialed bunch, could we have expected any different (here)?

…and shifting gears a bit, as it were, David Pakman talks with Steven Clifford on CEO pay (definitely the story of what’s going on in corporate America as far as I’m concerned, particularly in the last minute)…

…and Kyle K. tells us about U.S. bombing civilians in Syria - and apparently we're actually arming both sides...terrific (NSFW)...

…and the utter garbage depicted in this campaign ad by Repug gubernatorial candidate in Virginia Ed Gillespie is, of course, right out of Generalissimo Trump’s playbook, and I’m sure we can expect this next year as both PA guv Tom Wolf and U.S. Senator Bob Casey run for re-election…

This Republican candidate used a photo of a gang in El Salvador to stoke anti-immigrant fear in America pic.twitter.com/RgAldfEN2i


…and I know there are so many outrages going on with the Gropenfuhrer that it’s hard to keep track of them all, but we can't lose sight of this one – namely, the potential for right-wing wackadoodle Jeff Mateer to be appointed as a federal judge – for life, people…

This man thinks trans people are part of ‘Satan’s plan.’

Donald Trump just nominated him to be a federal judge. pic.twitter.com/lIugCTUnJ6


…and I’ll continue to look forward to that fine day when, God willing, I’ll no longer feel obligated to put up this video.

Posted by doomsy at 8:14 AM No comments: