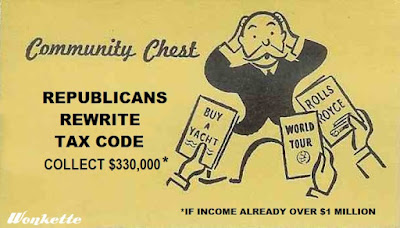 Um, Bri-Fi, I would say that you need to step up and do the right thing here…

Retweet to tell @RepBrianFitz that it's his last chance stop tax hikes on Pennsylvanians. VOTE "NO" on the tax bill that cuts SALT! pic.twitter.com/HRK5k4RAfr


…and I think this provides more of the proper context…

This millionaire is revealing his taxes to show just how much the GOP tax plan favors the wealthy pic.twitter.com/ajOLxLeoR4


…and kudos to New York AG Eric Schneiderman for this (re, Net Neutrality – and yeah, Ajit Pai is nothing but a typical Trump regime liar)…

…and kudos also to Elizabeth Shackleford, speaking to CNN’s Christiane Amanpour about what Secretary of State Rex Tillerson is doing to the U.S. State Department…

…and John Iadarola tells us that Repug U.S. House Rep Blake Farenthold is leaving under the proverbial cloud (NSFW)…

…and here’s another installment of “This Day In Doomsy History” (more or less) from 12/16/08, in which “Santa” Bush rewarded his cronies pretty much like Generalissimo Trump is now: I’m including this for at least two reasons…first, as far as I’m concerned, this is how ANY Republican in high federal office is likely to act, and second, this should be a response to any attempts at image rehabilitation on behalf of Number 43 (actor doesn’t look a lot like him, but he does have the voice down pat I believe)…

…and here are a couple of seasonal selections – likely cutting back on the holiday tunes this year.

God, I can’t believe it’s actually been five years (here – and on a federal level, not a goddamn thing happened in response)…

An emotional President Obama made these remarks on this day in 2012: "As a country, we have been through this too many times" pic.twitter.com/FbxPOlLYnE


…and as expected, the corporate criminals of the regime of Generalissimo Trump voted to kill Net Neutrality today (here and here); way too little too damn late for some of the “R” party clowns in the video noted by Cenk and Ana (and again, I thoroughly detest the wingnutosphere, but I’ll never say that they shouldn’t have a voice)…

…and in light of this highly interesting news, I thought it was appropriate to revisit this great “Rewrite” clip from Lawrence O’Donnell (more here on Ryan’s one-time hero)…

…and potty mouth Kyle K. tells us that the Gropenfuhrer has a new accuser, this time from Fix Noise (and I agree with Kyle about the Dems “weaponizing” accusations – going back and forth on whether or not Al Franken should have stepped down prior to completion of the Ethics Committee investigation; Chris Hayes, who I sincerely thought knew better, recently tried to draw an equivalency on “All In” between what Franken and #45 did; not condoning either, but to me, that’s what you should expect from The Comcast Network given that Franken was their chief antagonist – NSFW)…

…and given this awful anniversary, here are a couple of more muted seasonal selections. 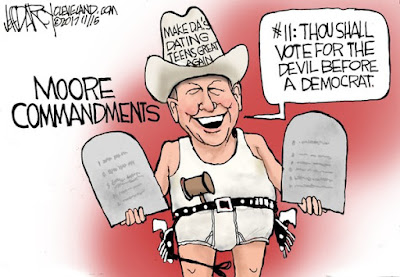 (I’m going to try and get this thing fired up again after a bit of an unplanned shutdown.)

Congratulations to Dem U.S. Senator Doug Jones in Alabama; yeah, you could argue that it took a confluence of a lot of factors coming into play the right way, especially given the fact that Roy Moore somehow “ran the table” with white voters in spite of it all (which is pretty sickening as far as I’m concerned), but I agree with the assessment that Charles Barkley was pretty damn spot-on here…

There has not been one public hearing, no opportunity to hear from economists, governors, mayors or ordinary Americans who will be impacted by this tax bill. This is a sham. pic.twitter.com/YBHBMXkLEN


…and here are a couple of more seasonal selections. 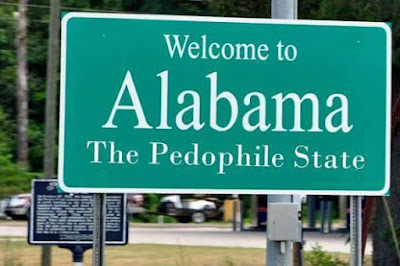 Today is the day in Alabama, people (I think Cenk takes it a little too easy on Monica Whatsername in this clip, but I guess we should be even-handed for real here)…

…and do you want to be reminded of what a real leader sounds like? Watch it and weep like I just about did…

‘Just because you have the right to say something doesn’t mean the rest of us shouldn’t question those who would insult others in the name of free speech.’ — President Obama in a nuanced 2015 speech about what religious freedom means in America pic.twitter.com/WmKKPA7TVo


…and this goes out to everyone celebrating the festival of lights…

…and since it’s this guy’s birthday today, I thought this was appropriate.