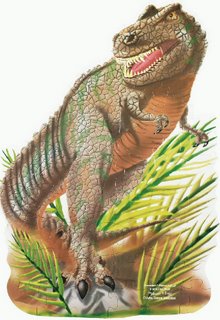 (I have to point two things out right away: 1) The abbreviation stands for Democrats in Name Only, and 2) We need these traitors to keep taking up space for now until they can eventually be replaced.)

So Dubya signed more tax cuts into law today, thus continuing to drown this country in a sea of red ink. What a waste of DNA, protoplasm and other bodily fluids this guy is!

I should be fair, though, and point out that he had some accomplices to this crime; namely, those who voted in favor of H.R. 4297, the original tax cut legislation that passed in both houses of Congress.

Blaming Republicans may be a bit of overkill at this point; I say that because, though they deserve it, they’re really not going to do anything against the bidding of those pulling their strings. No, I’m particularly steamed at the Democrats who stabbed us in the back yet again.

And they are as follows:

I want to focus on these three guys in the Senate and point out what odious characters I think they are. They’re the best argument for Dr. Dean’s 50-State strategy that I’ve found so far. The sooner we find someone to eventually replace them, the better.

So Ben Nelson supported Strip Search Sammy, voted to cut funds for Head Start, supports a Federal Marriage Amendment, and voted to end debate on John Bolton. What party does this guy belong to again?

And Mark Pryor voted for the Dubya/Cheney Energy Swindle Legislation and is, according to a report in TIME Magazine, a voice for “Third Way Democrats” (as soon as I hear that phrase, the hair on the back of my neck stands on end and I wait for the inevitable freeper endorsement along with it – see, he voted with Dubya 58 percent of the time and still says he’s a member of our party).

This brings us to Bill Nelson who I must support by default since he’s running against Cruela DeVil to retain his U.S. Senate seat from Florida (and doing well, I should add, though Katie Harris is helping him by pretending to shoot at reporters). That being said, though, I should point out what this guy is truly all about (supported CAFTA and tort "deform" legislation also).

These are the people who roll over on us time and again and then come back to us asking for votes. Well, we need some of them for now.

But after you decide to help them, contact Dr. Dean and pledge your support so he can find better people for next time; with any luck at all, this will be their “last dance.”