Keeping Iraq (And Us) In The Dark 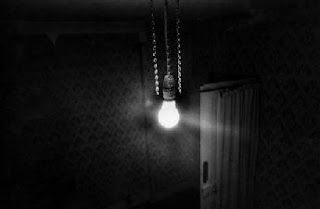 This appeared from David Roberts at HuffPo yesterday concerning the Iraq electricity crisis (of course, Bushco won’t characterize it as such, but that’s what it is).

Roberts notes that the amount of electricity available to residents of Baghdad, according to reports from our ruling cabal, was about 5-6 hours a day as of earlier this year, but as of last week, Baghdad residents could count on (drum roll, please) a grand total of one hour per day.

I’ll let that sink in for a minute – a grand total of one hour of electricity per day.

Can you imagine anything approximating normal activity in one’s life when all you can count on is one hour of electricity per day?

Well, leave it to Bushco to snap into action on this; as Roberts tells us…

(The duration of Baghdad’s electricity is a figure that) has not been sent to lawmakers for months because the State Department, which prepares a weekly "status report" for Congress on conditions in Iraq, stopped estimating in May how many hours of electricity Baghdad residents typically receive each day.

Instead, the department now reports on the electricity generated nationwide, a measurement that does not indicate how much power Iraqis in Baghdad or elsewhere actually receive.

This Think Progress link provides a chart of electricity usage, with the levels at an all-time low last October since the invasion (of course, as noted, they’ve diminished even more up to now).

With this in mind, I’d like to step back to May 2004 and provide an excerpt from this story that begins to give some indication of what is going on out of the willfully short reach of our corporate media…

Baghdad resident Salam Obidy is frustrated by the unreliability of the electrical grid. "I have three hours on, and four hours off," he said. "Mostly it is completely unscheduled. Yesterday I spent all night not sleeping because it was so hot."

And it is only getting hotter. The temperature during the day in Baghdad is beginning to approach 100 degrees now. It consistently climbs to 110-120 degrees in July and August.

In the Al-Adhamiyah district of Baghdad, a man named Abu Talan also complained about the lack of electricity in his neighbourhood. "My family and I sometimes have thirteen hours with no electricity whatsoever," he said. "Usually we average six hours per day. If there is no fuel for our small generator, we all suffer."

In addition to sabotage of gas and transmission lines in Iraq, as well a shortage of supplies, the reconstruction problems in Iraq have been underscored by the mass exodus of foreign contractors.

"Bechtel is responsible for the rehabilitation here," Omair explained. "The companies they subcontracted to, Siemens and Babcock, have pulled out their engineers. Without their presence, the Iraqi companies Al-Marjal and United Company, have been unable to do as much work."

Companies that were working on many of the electricity projects include U.S.-based Seimens-Westinghouse, Bechtel, and General Electric, along with two Russian companies, Tekhnopromexport and Inter Energo Servis (IES), according to the Iraqi Ministry of Electricity.

Yet, according to (Ra’ad) Al-Haris, the acting electricity minister, many of these companies began departing Iraq prior to the invasion in March, 2003 -- well before the most recent round of exits caused by the deteriorating security situation under the U.S. occupation.

"The work in these stations was started during the past regime," Al-Haris said, "but it was stopped before the war when the companies left Iraq, and the work is still stopped." Al-Haris added, "There are tens of trucks stopped on the border of Turkey, Jordan, and Syria, and they cannot enter because of the bad security situation. All the equipment in the trucks is very important to continue our work."

So it looks like Iraqis bought a bunch of consumer goods (no doubt trying to emulate their “benefactors”) in anticipation of some kind of prosperity, but all of that has degenerated into chaos. I hope at least that they were able to take their digital camera phones and other communication devices with them as they fled for their lives.

A presidential administration in this country composed of reasonable adults would have recognized long ago that, if you want to help defeat an insurgency, you find a way to provide basic services that are needed for the people you are occupying so they can live something like normal lives, thus giving them a reason not to be insurgents. If you are unable to do that yourselves, you go with your hat in hand to a governing body of nations and ask for help, offering some kind of reparation in the process. You don’t concoct some kind of a “surge” for P.R. purposes, throwing our military into the Iraq quagmire for no good reason other than to get people killed by an enemy growing ever greater in strength as long as we continue to reside in their country.

Also (and this is off-topic a bit), I came across this item in which the White House PR machine spun into action against the Associated Press last year concerning that news organization’s analysis of Iraq, with Tony Snow Job stating in a press briefing from last September 27th that Osama bin Laden wanted to use Iraq as a “central battleground” to wage war against the United States; according to Snow, bin Laden stated this in a fatwa issued in February 1998.

As you can read here, bin Laden made reference to the prior war in Iraq as an act of the “crusader-Zionist alliance,” but there is no other mention of staging a war in Iraq against us.

Some Bushco lies are just too easy to refute.
Posted by doomsy at 10:01 AM

I'm willing to bet that there are no (or far fewer) such problems in the Green Zone and other American controlled (and big-wig occupied) spots in Iraq. I would further bet that those figures are used to skew the reportings that are given to congress.

Without a doubt - thanks.