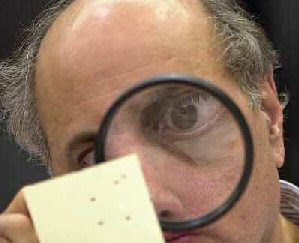 (I should be fair and state, though, that similar laws as the one noted in this story exist in Arizona, Indiana, and Michigan.)

Opponents claim the photo ID law will disenfranchise minorities, the poor and the elderly who don't have driver's licenses or other valid government-issued photo IDs. Supporters say it is needed to prevent voter fraud.

The Georgia Supreme Court threw out the case, but it will be appealed to federal court where a judge had blocked enforcement of the law last September but stayed his ruling pending a decision in the state court of appeals.

This article from Barbara Burt and Jonah Goldman provides more background on how ID laws are used to discourage minorities from voting, and it also notes the role that the supposed problem of voters showing up at the polls with incorrect ID posed in the U.S. Attorneys scandal (Abu G., of course, didn’t think the fired attorneys were prosecuting the “issue,” so that’s why they were let go).

Why, when too many voters must contend with electronic voting machines that routinely lose thousands of votes, forced to wait in lines that last for hours, are mistakenly purged from voter lists by the thousands, receive incorrect directions from overstressed poll workers and face a myriad of other problems, would lawmakers focus on a problem that barely exists? Could there be an ulterior motive for calling for harsh voter identification requirements?

Like the poll taxes and citizenship tests of old, ID requirements are effective at depressing voter turnout among particular groups. In 2006, research by the non-partisan Brennan Center for Justice found that a quarter of all African American citizens don’t have government-issued photo identification, 18 percent of citizens 65 and older don’t have photo ID and at least 15 percent of citizens earning less than $35,000 lack photo ID.

The problem for politicians hoping to selectively depress voter turnout is this: Without voter fraud, there’s no justification for restrictive ID requirements.

This Brad Blog post from last September tells us what the Dems in Congress have tried to do about legitimate voting issues, by the way, such as ensuring a paper ballot backup for all electronic votes; this includes the bill from the great Rush Holt of New Jersey in the House. If I can track down information on any more recent developments, I’ll update this post accordingly.
Posted by doomsy at 3:33 PM